Text Messages to Dwight Howard From a Houston Resident: Have You Ever Seen The Golden Child? 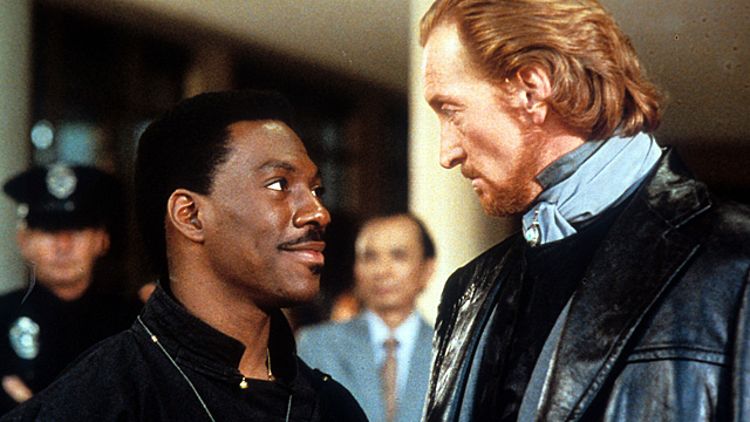 Dwight Howard has been a Houston Rocket for three weeks. I sent him some text messages.

Me: yo, yo
Dwight: hey
Me: so, man, I mean are you really in the news this much all the time?
Dwight: what do you mean?
Me: well, right around the time that you signed up with Houston, I set up a “dwight howard” email alert and every day there are four or five stories about you
Dwight: :) i have a dwight howard email alert also.
Me: I figured. So there are always this many stories about you?
Dwight: I also have one for “Houston rockets” and I also have one for “hotdog fistfight”
Me: um, what?
Dwight: What what?
Me: what do you mean what what? Hot dog fistfight, bro
Dwight: oh. it mostly just returns zero results but, I’m saying, what if a video pops up of a hot dog fistfight? I don’t wanna miss that.
Me: What’s a hot dog fistfight though?
Dwight: I DON’T KNOW THAT’S WHY I HAVE THE ALERT.
Me: :/
Dwight: it could be something ordinary like two guys that get in a fight over a hot dog (I saw a video like that last year) but it could be something amazing like two actual hot dogs that fight each other
Me: cartoon hot dogs?
Dwight: real hot dogs
Me: this is the most I’ve ever talked about hot dogs in my life
Dwight: did you ever see that documentary The Golden Child?
Me: not a documentary but sure I saw it
Dwight: remember that part where the kid makes the soda can get up and start dancing around?
Me: sure
Dwight: what if that kid shows up one day and decides he wants to make two hot dogs get up and fistfight each other??? Do you really wanna be the guy that misses that video?
Me: jesus christ

Me: dude, question
Dwight: go
Me: I’m looking at videos of you on youtube.
Dwight: me too!
Me: Why’s it seem like you only ever want to dunk or pass?
Dwight: oh. Ha. Easy. I only like to dunk because it’s the only move that doesn’t require the potatoes
Me: ???
Dwight: the potatoes. Every time I get the ball in the post, I say in my head “One potato, two potato, three potato, four, now it’s time to make a move so that Dwight Howard can score” and then I go into my move. But usually by the time I get to the end of the song, a double-team has already come
Me: WTF
Dwight: hakeem taught me that
Me: hakeem Olajuwon told you to sing a song about potatoes before you make a post move
Dwight: what? No. hakeem grant. He used to work in a laundromat near my house in florida
[No response.]
Dwight: I can send you his number so you can interview him
Me: I’m cool

Me: hey, man. I was reading this interview that nash did and he talked about the lakers and the meeting they had with you before you left
Dwight: which nash? steve nash?
Me: omg. Yes. Steve. Are there other nashes?
Dwight: I don’t know. I’m not the king of nashes. I like steve.
Me: you gave him a nickname too, huh? Nash Browns maybe? or the Nashcar Races? Or Angela’s Nashes?
Dwight: i mostly just called him steve
Me: :/
Me: I never have any idea with you
Me: anyway, but that meeting, everyone made a big deal about what kobe said in it
Dwight: kobe’s not that nice of a guy. If he was a hot dog and I was a hot dog
Me: enough with the hot dogs already
Dwight: this is an emoticon hot dog =
Me: that’s just an equal sign
Dwight: you have to squint
Me: what are we even talking about
[No response.]
Me: OK, so but what was it like playing with him? what’s he like in real time? He’s never really been so open with the media
Dwight: did you ever see The Golden Child?
Me: omg
Dwight: he’s like the guy that turns into a hell demon except he’s better at dribbling
Me: ha
Dwight: … aht dog
Me: this has not been fun for me

Is Luigi Datome Going to Change the Way Role Players Are Paid in the NBA?