Is Luigi Datome Going to Change the Way Role Players Are Paid in the NBA? 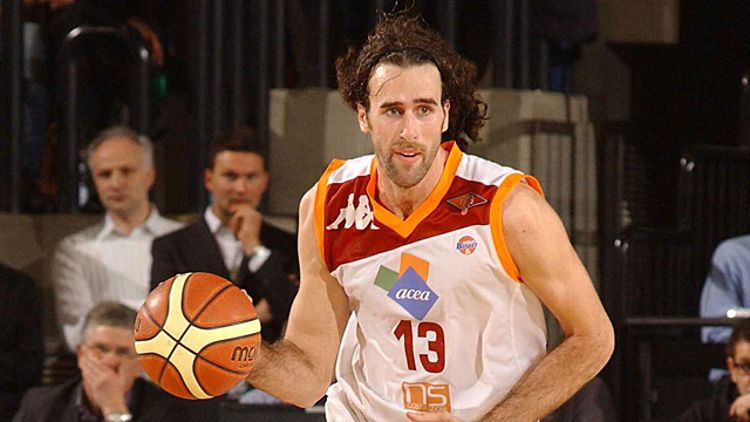 Despite all the free-agent hoopla this summer, with trips to mountain retreats and breathless Twitter updates coming at all hours, the Detroit Pistons’ acquisition of Italian League MVP Luigi Datome has gone largely unnoticed. Signing for just $3.5 million over two years, Datome’s arrival certainly didn’t merit attention on the scale of Dwight Howard landing in Houston, but he could be an impactful signing all the same.

The 6-foot-8 forward spent his last few seasons in Italy with Virtus Roma, establishing himself as an elite marksman from the perimeter. In 48 games with Roma, Datome shot 51.5 percent from the field, 39.4 percent from behind the arc, and 92.6 percent from the line, just 0.6 percent away from the hallowed 50-40-90 club. He was such a proficient outside shooter that he actually led his team in scoring despite not being a traditional ball-dominating wing. The majority of Datome’s scoring opportunities came from spotting up or attacking off screens. Those types of plays made up just a shade less than 43 percent of all his possessions combined, according to Synergy Sports.

When the Pistons signed Datome, they were under no illusions. This was not the next Manu Ginobili or Dirk Nowitzki. They knew that Datome possesses one clearly translatable NBA skill: He can knock down shots. In unguarded catch-and-shoot situations, Datome converted exactly half of his 60 attempts for a ridiculous adjusted field goal percentage of 72.5 percent (before you say that pros should always shoot that well on open shots, trust me, it’s not that easy). Those open looks that were rather scarce in an Italian league where Datome was a marked man will be much more frequent as a secondary player in the NBA, at least until he proves to opposing teams that he’s a player who can’t be left alone outside the arc. In a league where aggressive defensive schemes are driving the constant one-on-one isolation play that dominated the 1990s into extinction, Datome should prove to be capable of handling the rigors of a higher level of competition, and could wind up being an extremely valuable role player.

In order to give their star players more space to operate without being harassed by multiple help defenders, NBA teams have begun to place an even greater emphasis on shooting. Guys that play hard or volume scorers capable of creating their own offense are far less appealing these days in comparison with players who do nothing but knock down shots — either spotting up along the perimeter or off screens. If Datome succeeds, he’ll do so at a bargain price, at least for the next two seasons. Here is how Datome’s contract compares to deals signed by players with (theoretically) similar skill sets over the past two summers.

Of all the players on that list, Datome’s closest comparison would be Chicago’s Mike Dunleavy Jr., as both wings subsist on a diet of screens off the ball and spot up opportunities. Yet Dunleavy Jr., because he has proven his NBA worthiness for more than a decade, will make near double what Datome will during the next two seasons. Given the league’s harsher economic climate ushered in by stiffer luxury tax penalties in the new CBA, those dollars matter to owners — especially to a team like Chicago that avoids the tax like the plague.

If you’re an NBA-caliber perimeter marksman right now, you’re in demand. And it’s a seller’s market. As teams across the league place more emphasis on shooting, the contracts for shooters go up into the range of those middle-class salaries that teams like, say, the Rockets avoid. Houston’s progressive front office has shown that you can find effective role players in the second round of the draft (Chandler Parsons, Chase Budinger), by digging around the free-agent scrap heap, or looking to Europe and beyond (Patrick Beverley).

Other teams are clearly coming around to this way of thinking. What Datome signifies is that teams, even those with questionable decision-makers like Joe Dumars, are open to the volatility that comes with that third option.

That is why the Italian forward’s impact this season is something both executives and fans will keep a close eye on. If Datome proves capable of translating his game to the NBA, he will embolden teams across the league to closely monitor Europe for players capable of bringing over similar skills. Good teams that are just a knockdown shooter away from contention will then have a viable method of bringing in talent that would otherwise cost them, in the case of Martell Webster, about three times as much as Datome will rake in this season.

For a long time the NBA’s middle class has reaped the financial benefits with minimal return. But the economic climate will likely curb the way they are compensated, and this Italian import could be the start. If Datome proves worthy of an NBA roster spot, the next batch of free-agent shooters — players like Quincy Pondexter in Memphis — could see their earning potential take a hit because NBA teams have begun looking elsewhere for equivalent talent that can do the same work for far less. If you weren’t paying attention to Datome before, you might want to now. He may turn out to be a bigger deal than you think.

Text Messages to Dwight Howard From a Houston Resident: Have You Ever Seen The Golden Child?

The All-22 All-Star Team: Eric Weddle, the Secret Superstar