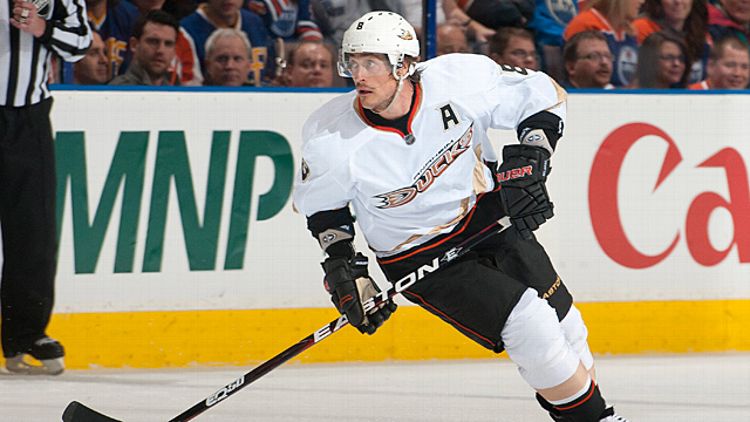 After an exhaustive six-hour training camp, the NHL makes its long-awaited return Saturday. And while it’s been easy to forget over the past few months of lockout negotiations between grim-faced men in suits, hockey is a sport played on ice by actual hockey players.

Let’s take a look at some of them now. Here are 10 players who’ll be especially interesting to keep an eye on over the next few months:

The Canadiens star is one of the league’s most exciting young players and almost absurdly charismatic off the ice. And off the ice is where he’ll be spending the start of the season, since he’s still an unsigned, restricted free agent.

Reports indicate the two sides are far apart. Yes, after a lengthy work stoppage that almost cost the league a season, Subban is actually sitting at home pouting about money. His outrageous demands are not only selfish, but they’re unbecoming of a player presented with the rare privilege of suiting up for the league’s most-storied franchise. The Canadiens should make an example of him, while also sending a message to the rest of the league that some principles are more important than the almighty dollar.

Did that sound convincing? I really hope it sounded convincing, because I desperately want the Canadiens and their fans to screw this up and run Subban out of town. He’s really, really good, and it’s fun when teams that take themselves too seriously make terrible decisions to prove a point. I can’t wait until somebody offer-sheets him.

Fun fact: When you go to Shea Weber’s CapGeek page to see how much money he makes, it just says “all of it.”

Weber’s $110 million deal with the Predators would be stunning enough (the first few years are almost entirely signing bonuses, so he was barely even affected by the lockout), but then you remember that he didn’t actually sign it with the Predators. The Philadelphia Flyers put the deal together in an attempt to pry Weber out of Nashville and/or destroy the Predator franchise trying. They failed on the former, but the jury’s still out on the latter.

Weber’s arguably the best defenseman in hockey, so if he plays well, then the deal’s actual cap hit is reasonable. But the front-loaded contract could still become an albatross for a Predator team that’s never been in position to compete with the league’s big spenders. And if Weber slumps, look out.

Oh, and Nashville can’t trade him until next July, at which point it will have already paid him $26 million in bonuses in less than a year. Thanks, Flyers!

OK, in the strictest technical sense, these are actually two players. But you wouldn’t know it from last summer’s free-agency period, when they worked together in a coordinated effort to negotiate identical contracts with the same team. It was all kind of cute, in that “make sure Mom remembers to list your best friend’s name on the house league sign-up form” kind of way.

Will they be able to live up to the high expectations? The only way to find out is to tune into a Minnesota Wild game! (Which is to say that none of us will ever find out.)

I guess we can forget about that old stereotype about Russian players not having guts, because it takes a special kind of guts to sign an outrageous contract that helps cause a lockout, then hint that you might not want to come back to the league when said lockout is over.

But it’s all OK now, because Kovalchuk returned to North America after a “discussion” with Devils GM Lou Lamoriello. Hope he can skate with a crescent wrench lodged in his kneecap.

After extended trade talks that started to feel like hostage negotiations, Nash was finally dealt to the Rangers last summer. New York was already one of the Stanley Cup favorites, so the acquisition of Nash raises several questions, such as:

Can Nash lead the Rangers deep into the playoffs? Is he even aware that there are multiple rounds of the playoffs? How many seconds is he awake every morning before he remembers he doesn’t play in Columbus anymore and executes a full twisting cartwheel out of bed? How is it that one of the world’s most elite athletes has the same jawline of every guy who works in a school cafeteria? And how come the Rangers have five guys who make more than your favorite team’s highest-paid player but still always have a ton of cap room?

I don’t know the answer to any of these questions, other than the second one (“no”).

Just because he’s Teemu Selanne. We all love you, Teemu.

[Stares at picture of Teemu Selanne for hours while lying on bed with his feet swinging in the air behind him.]

Here’s what you know about Tuukka Rask: He was fantastic as the Bruins’ starter for most of the 2009-10 season, you took him way too high in the next year’s fantasy draft and are still bitter about it, he spent the next two seasons as a backup, and now he’s the starter again.

Here’s what you might not know about Rask: He’s kind of nuts. Not quite “gather the canned goods and go live in an underground bunker” crazy, like some Bruins goaltenders we could mention, but still … he’s not quite right. He doesn’t deal well with shootout losses, he’s known to get a little aggressive on breakaways, and he tends to melt down when things don’t go well at practice.

Oh, and he’s replacing one of the most successful goaltenders in franchise history on a Stanley Cup contender in a major hockey market. I’m sure things will be fine.

In most years, this would feel like the most volatile goaltending situation in the league. But not this year, because of …

Roberto Luongo has to be getting traded. He’s lost his starting job to Cory Schneider, has 10 years left on his front-loaded contract, and he’s somehow earned a reputation for being unable to “win the big one,” despite coming within one game of a Stanley Cup and winning an Olympic gold medal game in overtime. Oh, and he’s basically said he wants out. He’s definitely getting traded.

Then again, maybe he isn’t. Now there are reports that a trade might not happen until next year, which means the Canucks look like they’ll enter the season with one very expensive backup goaltender.

The best case for Vancouver is that both goalies play great, which could definitely happen. But what if a distracted Luongo isn’t on top of his game? Then the Canucks get stuck with less value in an eventual trade, and everyone screams. Or what if Luongo plays great and Schneider struggles? Then you’ve undermined the confidence of your young star, and everyone screams even more. It’s a subplot that will have everyone monitoring both goalies constantly — not just their performance, but their sound bites and body language.

So in most years, this would feel like the most volatile goaltending situation in the league. But not this year, because of …

Look, Ilya Bryzgalov is one of the few genuine characters in the league. Between his legendary performance on HBO’s 24/7, his bizarrely endearing Twitter account, and his fear of bears, it’s hard to root against him.

Hard, but not impossible, as hockey fans will learn this year when they’ll all be secretly hoping that he fails spectacularly. Not because they don’t like him, of course. It’s just that he’s a goaltender who plays for the Flyers, and that means that even two bad games in a row will trigger DEFCON Goalie Panic 1 in Philadelphia.

They may be there already, if you believe recent reports that they’re in on trading for Luongo. But I want to see it go further. I want “Brodeur to Philly” rumors. I want a Roman Cechmanek comeback. I want them to sign Henrik Lundqvist’s identical twin brother, even though he doesn’t play goal. I want them to reacquire Brian Boucher.

Wait, that last one was unrealistic. Sorry. Got carried away.

There are only three ways to really make a Canadian angry: mention the Montreal Screwjob; order a bagel in the Tim Hortons drive-thru, causing a 45-minute traffic jam while they call the head office to try to figure out how to work the toaster; and say something mean about Jarome Iginla.

That’s because Jarome Iginla is just about the most universally beloved hockey player in Canada. He seems like a nice guy, he’s won two Olympic gold medals playing for Team Canada, and he plays for the Flames, so he’s no threat to actually hurt your favorite team in the playoffs. Until, maybe, this year.

No, not because the Flames will make the postseason. (They’re going to be bad all year and then finish ninth, like they usually do.) But with Iginla entering the last year of his contract, there’s a chance he could be available at this year’s trade deadline. That would make him the most sought-after rental in recent memory and finally signal the start of the long-awaited Flames rebuild. So on second thought, I guess none of this will happen after all.

But just in case, prepare to start hearing about potential Iginla destinations around-the-clock by early February.

And watch out for angry Canadians.