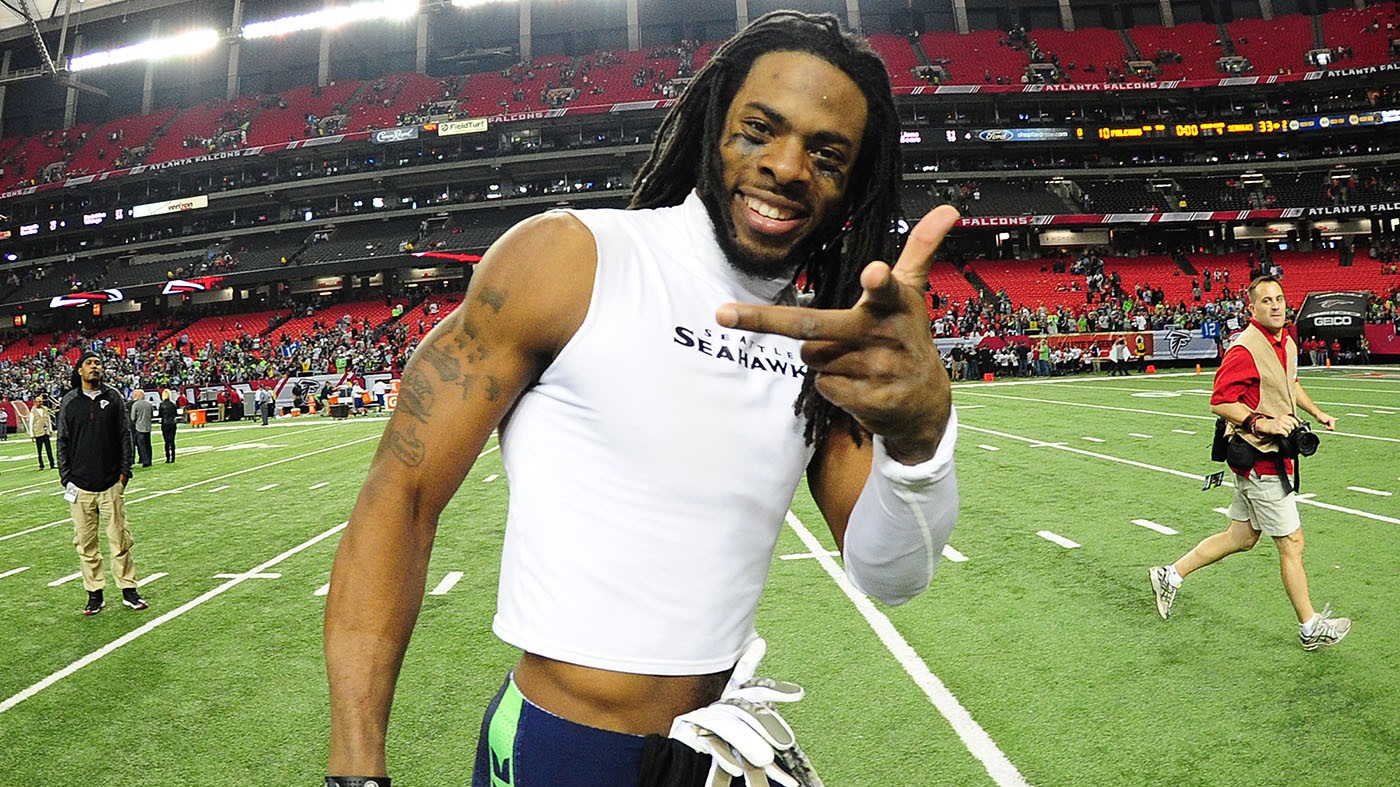 “He went to Stanford.”

This phrase has been used in the past few days to describe Richard Sherman, cornerback for the Seattle Seahawks. After making a play that ensured his team would go to the Super Bowl, he gave the choke sign and then exuberantly (and aggressively) conducted postgame interviews berating San Francisco 49ers wide receiver Michael Crabtree. Like many things that involve the equation of black + loud + famous + not smiling (see: Kanye West), the initial response had a negative, disrespectful, and racist element. The word “thug” was used liberally, but it also went much deeper than that, into the realm of “monkey” and “nigger” (see more in Greg Howard’s Deadspin piece on Sherman).

It wasn’t just the Internet trolls with fewer followers than fingers that were lambasting Sherman with racially charged critiques. And, as we sometimes too quickly assume, it wasn’t just one race against another.

Golden State Warriors swingman Andre Iguodala never explicitly said he was talking about Richard Sherman, but based on the time stamps and the reality of not being born yesterday, it’s fair to assume these Iguodala subtweets are about Richard Sherman. To a degree, they echo Chris Rock’s “Black People vs. Niggas” bit and Chappelle’s Clayton Bigsby skit. But Iguodala is no cultural critic nor master satirist. He’s a peer. A fellow athlete — a fellow black male athlete — and because of that, his tweets seemed less like a joke and more like an honest opinion. They suggest Richard Sherman is a disruption to progress. His progress. It highlights a notion — an old, classist racial tactic — of “them vs. us.” The idea of separating the thugs (the Shermans) from the rest.

This separation tactic is easily accomplished within white America: one quick use of the phrase “white trash” and a distinction is clear, consequence-free. And because of it, a group like the Duck Dynasty boys have been made to seem like members of a different race, a different species. Because in this equation, they aren’t white. They’re white trash.

The idea of a famous white person embarrassing or tarnishing the reputation of the entire race is a bewildering concept to even consider. But it’s commonplace when an individual from any minority group does something that could be considered “uncouth.” And when that happens, some embrace the individual and others do anything in their power to dissociate. Or to label that person an anomaly.

But not everyone was embarrassed, or ashamed, or disgusted by Sherman’s actions. Many applauded him, and even more came to his defense, rallying against the critiques of his character. And one of those disarming tactics, as noted above, became stating that Sherman is a graduate of Stanford University.

His status as a Cardinal has been juxtaposed with repugnant comments about his character. In this narrative, he can’t be a “thug” because he went to Stanford. But his Stanford-ness isn’t what magically makes him not a thug.

That’s a dangerous game, one that I used to play in the hopes of gaining respect while proving people wrong, about myself and about us. I’d find myself on a plane, sitting next to someone who didn’t seem too pleased with my overall presentation: black beanie, baggy sweats, and a gaudy hoodie that the 17th member of A$AP Mob might wear to retrieve a bodega meat patty. And then, halfway through the flight, I’d pull out my laptop adorned with a Dartmouth College sticker. And in a matter of moments, I’d watch as the skeptical party suddenly wanted to talk. Suddenly, I was no longer an undesirable. Or a thug. Simply because of that green-and-white sticker.

I used to do this for a number of reasons. It proved that “post-racial” was … hahaha. It made me feel good to get some respect. And somewhere in there it felt important that this old white man know that a kid that looked like me and dressed like me could go to a school like that. And because of this, I kept doing it. I knew I had this trump card — this academic, classist disarmer — that would make even the most uncomfortable person breathe a sigh of relief.

But after a few years, I stopped doing that and vowed never to do it again. Because I was seeking respect I didn’t deserve. Feeling the need to be treated differently simply because I had a really strong junior year of high school was bullshit. Because I was trying to separate myself from others that looked like me. And after going through this, the unsurprising result was to behave in the exact opposite way.

In some ways, where you went to college has no bearing on future success. In other ways, it can haunt or help you for the rest of your life. Sometimes both. Sherman could have turned into a very similar Sherman and made a very similar Sherman game-saving play and followed it up with a braggadocio-filled Sherman postgame interview, and not have gone to Stanford University.

And then what? Had he gone to the University of Miami, would he be just another link in the chain of thug athletes from the U? Probably. What if he went to a Historically Black College, like Morehouse or Howard? Or what about a junior college? Or what about Harvard?

All of these things would unfairly impact the thug narrative of Richard Sherman. And that’s unfortunate, because the “He went to Stanford” card was long used as a way to get people off his back. And while the intentions were good, and helped shift some of the conversation about him back in his favor, it shouldn’t be a primary argument when given the all-too-common task of proving someone isn’t a thug. If anything, it’s harmful logic. Because the next Richard Sherman may not have attended Stanford. So what then?