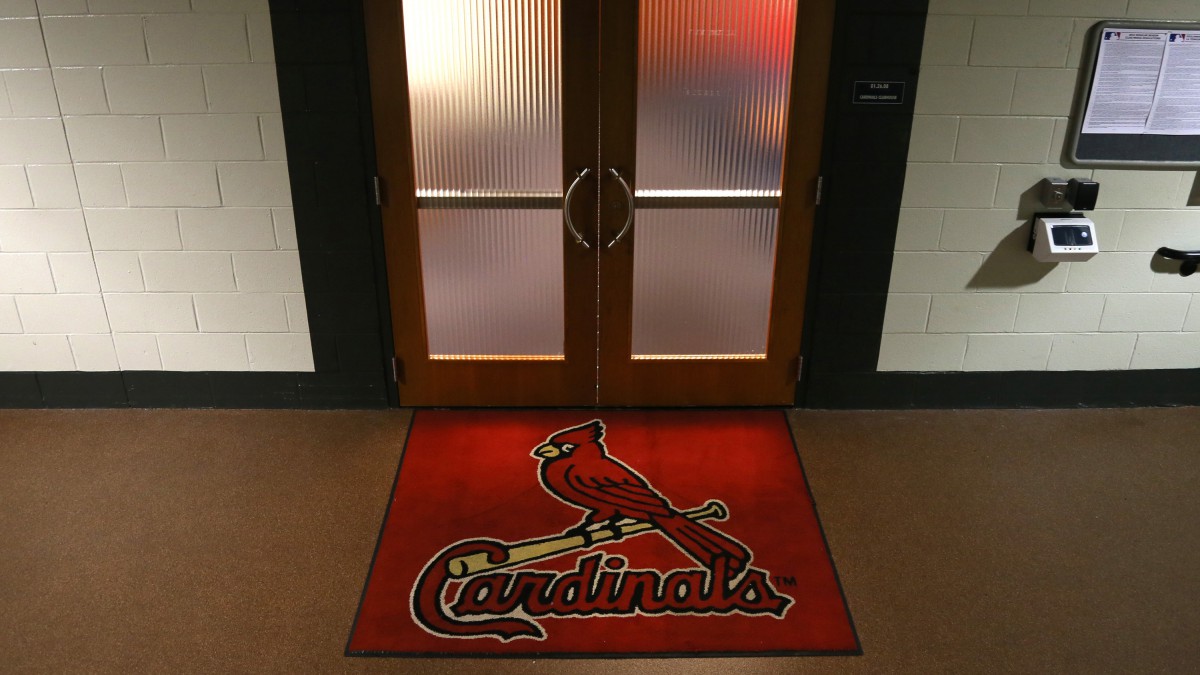 There is a wonderful burlesque going on here, which would be hilarious if the FBI weren’t involved. But the FBI — and most of the rest of the federal government — is a little bit touchy about computer crimes these days, ever since Edward Snowden made off with the goods and since somebody in China apparently now has the personal information of every forest ranger who ever nudged a chipmunk. This is serious business. Somebody’s going to jail behind this. Somebody in some cubicle somewhere is sweating bullets at the very moment that the Cardinals are standing around the batting cage.

This story is nothing but a trackless wilderness of straight lines. Me? The Cardinals lost me with the ballet school T-shirt that Tony La Russa used to wear under his game jersey. I realize he was only trying to impress upon the world that he was more sensitive than the average baseball manager, but between that and the law degree so often cited by the media, it really did get to be a bit much. Honestly, if you’re facing a capital murder charge, do you want Tony La Russa handling your case? He’d probably try to change the jurors 26 times before they retired to deliberate. So, I admit, I’m as guilty as anyone of glorying in the misery of the St. Louis fandom — especially since they haven’t stopped whining about how the Patriots Jedi-mind-fucked the Rams in the Super Bowl in 2002. In fact, the sudden summoning of the Patriots as an analogue to what the Cardinals are alleged to have done strikes me as Providence taking its identity as a comic savant very seriously these days. 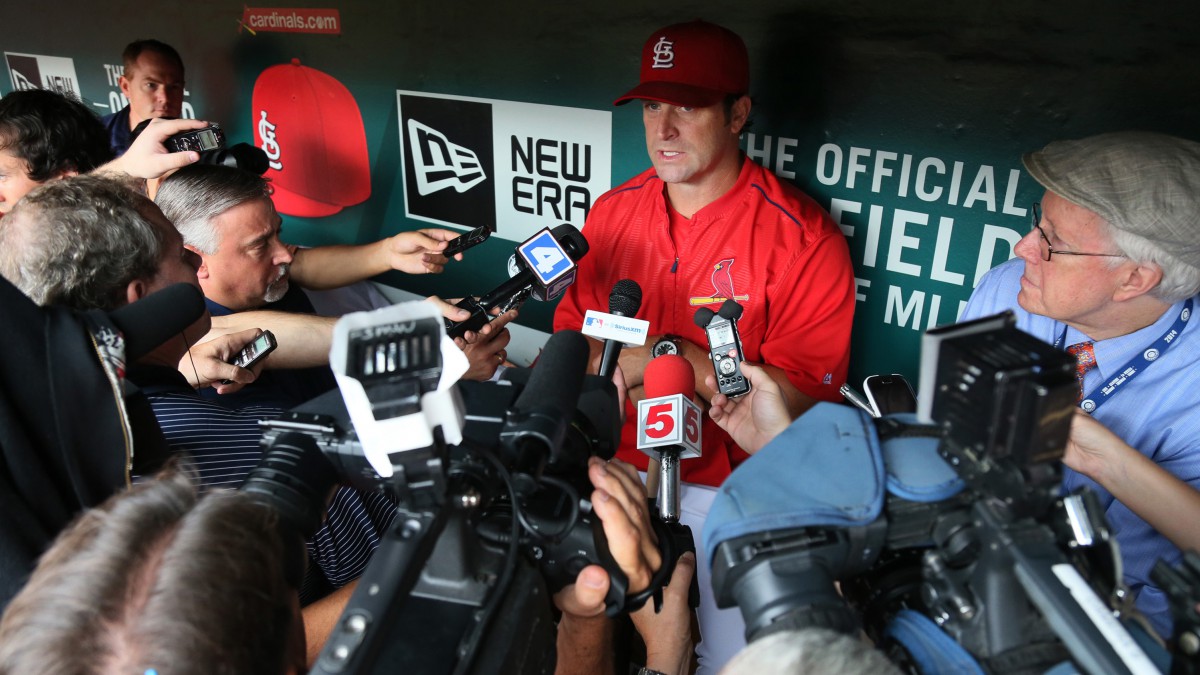 The most famous home run in history may have left the Polo Grounds at least partly through some shenanigans. Whitey Ford was positively a neurosurgeon when it came to doctoring a baseball before throwing it. Corked bats. Pine tar. Gamesmanship on this order is part of the essential natural order of any sport. (This, by the way, is why I continue not to give a damn one way or another about the “scandal” regarding the air pressure in the footballs used in the first half of this year’s AFC Championship Game — except, of course, as pure entertainment.) However, as anyone who’s watched any science fiction in the last 50 years knows, once you let the computers in, the humanity of what you’re doing dies.

Look at what allegedly went on here. A guy who used to work with the Cardinals takes a job with the Astros. Apparently, this guy was so computer-savvy that he kept the same password — which, for all we know, might well have been “password.” He has since denied it, but either way, some sharpsters in the St. Louis front office allegedly figured out how to get in, and quicker than you can say “Open the pod-bay doors, HAL,” all the secrets of Houston’s player development allegedly go winging their way northward toward the Arch. It’s literally major league larceny, and nobody even had to leave the air-conditioned comfort of their own offices.

Time was, if you wanted to steal some scouting reports, you had to drag your sorry ass to Salinas or Visalia somewhere, and get the busted-knuckle old scout sockless in some local dive so you could steal his spittle-soaked notebook out of his shirt pocket. It was maybe 98 degrees in Visalia and the ceiling fan in the joint didn’t work and, if you had an open wound on your hand, and something from the cover of the notebook somehow got into your bloodstream, you could lose three fingers to an infection the old scout had picked up under questionably legal circumstances in Boise the year before. A baseball thief had to work for a living back then.

But now you can do the crime and not break a sweat. The risk is gone. The charm is gone. (What’s sexier, a good old-fashioned Machine Gun Kelly bank job, or some guy in Armani sending ones and zeroes to a bank in the Caymans?) If the Cardinals did what they are accused of having done, they don’t even have the romantic stuff of renegades and buccaneers. They’re not even as fascinating as the average down-dipping scuffball thrown by Whitey Ford. They simply pounded out a few keystrokes and were done.

The computers got in because the numbers guys got in. I am neutral in the long-since-decided fight between the sabermetricians and the crusty old coots. I see the value in a great many of the new analytics, even though I have to take many of the conclusions drawn from them on faith because I made a vow in high school not to work any job that required math. But some of these calculations cannot be done in the head. You pile up that much data and you need a place to store it. And that’s how the machines get their relays in the door.

The hackee in this case was a guy named Jeff Luhnow, a former executive with the Cardinals who is presently the general manager in Houston. According to the New York Times, Luhnow is a perfect child of the analytics age: “One of many innovative thinkers drawn to the sport by the statistics-based ‘Moneyball’ phenomenon, he was credited with building baseball’s best minor league system, and with drafting several players who would become linchpins of that 2011 Cardinals team.” Moreover, Luhnow has been so innovative as a general manager with the Astros that even the folks at Bloomberg Businessweek noticed. That is how the machines trick you. They make you feel smart. They make you feel superior. They seduce you because they know you’re a sucker for numbers, and they can make those numbers dance in a way that gives you a tingle down to the bottom of your paradigm. Meanwhile, they’re plotting, their minds working much faster than yours ever will, waiting for their moment to strike for power. Wily and shrewd, they get other humans to do their bidding for them. And, before you know it, your career is floating there, weightless, in the cold, dead vacuum of space.

I have absolutely no idea how this is going to turn out. The FBI does not do this for laughs, so some Cardinals employees may well find themselves boarding the Good Ship Deposition for a lengthy voyage. The image of the team has taken a long-deserved hit, and the reverberations from that are likely not to cease at least for the rest of this season. Mike Matheny’s book sales likely will plummet; it turns out that, while nothing worth doing right is easy, pirating another team’s player-development data sure as hell is. The New England Patriots will have to share space in the Righteous Indignation pillory for a while. And, somewhere out in Salinas, the sun is going down, and a knuckle-busted old scout is sitting at the bar, watching SportsCenter and trying to figure out what this whole hacking business is all about. That kid he saw that afternoon, the shortstop, that kid could hack. He orders up another beer, feels his shirt pocket to make sure the notebook is still there, and shakes his head slowly. Computers, he thinks. I allus knew they were trouble.

Sacrificed to the System: Sorting Through Chip Kelly's Decision to Release Evan Mathis