So, About That 79-0 Soccer Match in Nigeria 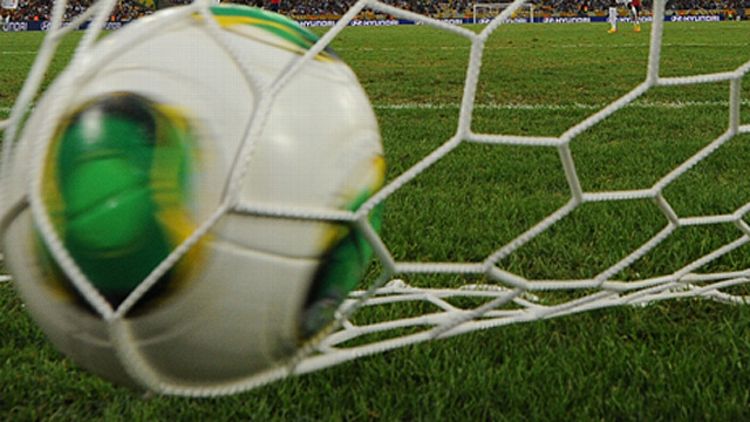 Technically it wasn’t actually even third-division Nigerian soccer, but two teams trying to gain promotion into what is the lowest professional division in the country. The scorelines prompted the Nigeria Football Federation to issue indefinite suspensions, launch an investigation, and issue indignant statements.

You almost have to hand it to the four teams involved. There is something admirable about the audacity of attempting a lie so big that it defies Goebbels’s prime tenet of propaganda. But the statements from the NFF — “mind-boggling show of shame” and “despicable matter” — over what’s insanely blatant match fixing is faux-outrage at best. The problem isn’t that the matches were a sham. The problem is that the scores were so ridiculous that officials couldn’t pretend it didn’t happen or that there was nothing unusual about it.

That’s because Nigerian football is fixed (or perhaps “fixed”) at every level. To see it, simply look at the table for the Nigerian Premier League. That link is for the 2011-12 season, which gives you a full picture, as the current season is ongoing with only about half the matches played (and to really see what’s going on here, click “Wide” at the top of that table to get the expanded results).

The important part is the middle section of “Home” results. Scan down the column for losses. That’s right. No team lost more than twice at home all season. That’s worth repeating: In a 19-team league — technically 20-team, but Ocean Boys FC had its results vacated for failing to fulfill its fixtures — not a single team lost more than two games at home. And only four teams managed such ignominy. Nine teams, almost half the league, didn’t lose a single home match.

From that same page you can find tables going back to 2005, and it’s pretty much the same every season. Almost nobody loses more than twice at home, if they lose at all. This year seems to be in danger of breaking the pattern as, halfway through the season, four teams have already used up their allotment of two home losses.

Such a paltry number of home defeats is so unlikely as to be nearly statistically impossible. By comparing the Nigerian Premier League to presumably non-fixed Euro leagues (and even that might no longer be a given), you end up in a place where numbers lose meaning.

When taking 10 European leagues from the 2011-12 season (true, not an enormous sample size) with a similar number of teams (no less than 18, no more than 24), adding up the home losses of the worst five teams, and averaging those against the size of the league, you come out with an average of about .438 losses per home match for the worst teams. In other words, for every home match played in Serie A, Ligue 1, or the EPL, a bad team will lose on average .438 times.

In Nigeria, that number is .055 losses per home match.

What’s mildly surprising is that the .438 average is incredibly consistent across the Euro leagues. So the standard deviation in the sample is puny. Once you do the math, Nigeria ends up being more than nine standard deviations from the mean (9.23 to be exact). What does that mean to people who forgot every bit of statistics they took in college? Most tables that convert standard deviations to an actual probability stop at about 3.5, well short of the 9.23 here.

I found a table that went to 8. After that it literally says, “Below this, machine can’t compute.” Basically, it’s less than a 0.0000000000000007% chance that .055 losses per home match would occur naturally. Admittedly this is a bit of ballpark analysis, rather than being ruthlessly rigorous, but that ballpark is so massive that even the “machine” says, “Nope, not happening.” But in Nigeria it does. And it happens every year.

So why do home teams have a near monopoly on wins there? Because people are big into self-preservation. Visiting teams understand they aren’t supposed to win, and, as insurance against that, match officials are routinely bought and intimidated.

Colin Udoh, a Nigerian journalist, tells a couple of heuristic stories. The funny one is of a keeper being begged by his teammates to let the home side score after the official allowed three minutes of injury time to continue into a 15th minute. The not-funny one is that of a young ref who was handed a relatively important match to officiate. Beforehand he was visited by parties from both the home and visiting teams who tried to influence him on what was to happen. He decided he would simply officiate the match honestly, which he did. After the match, fans of the away team accused him of having been “settled” by the home side, and fans of the home side accused him of the opposite. So he ended up taking a physical beating from both sets of fans. After that he officiated according to convention.

It’s not exactly a local secret either. There’s a post on a forum here where someone is looking for information on the process of becoming a referee in Nigeria. In the first 10 or so comments are three people basically saying, “Good luck, kid, but you’re putting your well-being at risk, even if you play along.” It’s at the point where, earlier this season, officials openly discussed paying for private security out of their own pockets.

So the NFF can issue suspensions, have an investigation, and prevent a couple of teams from playing in third-division Nigerian soccer, but the scandal in that country isn’t that one match had 79 goals. The scandal in Nigeria is that hundreds of matches will continue to be played where the outcome is pretty much determined before the ball is kicked, and nobody in the sport’s national governing body will be bothered by it at all.

Derek Jeter's Diary: The Return Is at Hand