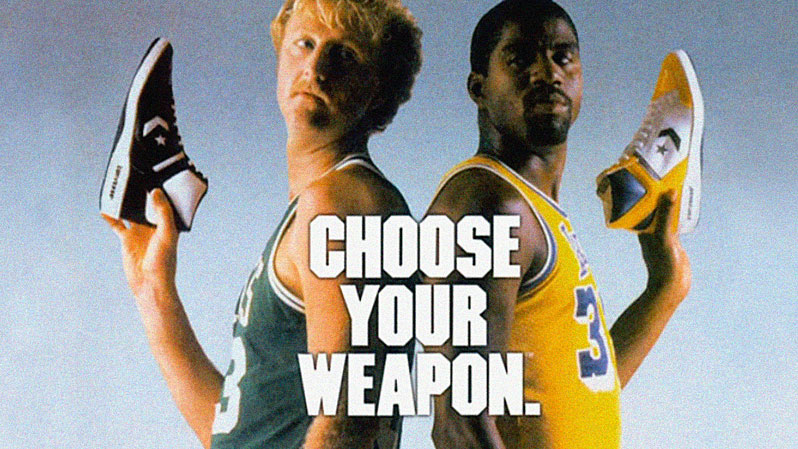 Like the game it explores, From Deep, a feature-length film about basketball by experimental filmmaker Brett Kashmere, isn’t easy to classify. Kashmere builds a collage out of pieces sampled from various primary sources to create a film that explores basketball as a nexus for issues about race, freedom, and capitalism, and as a feedback loop for the rise of hip-hop. It’s equal parts personal essay, cultural critique, film retrospective, and mixtape.

Kashmere grew up in Saskatchewan, a fan of basketball and rap, smack-dab in the middle of the flat expanse of the Canadian prairie — a place, it’s fair to say, that’s as close to the geographical antonym of a basketball hotbed as there is in North America.

One thing Saskatchewan does have, though, is the University of Regina, and the only film studies program between Vancouver and Toronto, a godsend for a kid crazy about movies. “It was very fortunate that there was this film school kind of in the backyard,” Kashmere tells me over the phone. “And I was fortunate to have a professor who was an experimental filmmaker. I came to understand that cinema could be something akin to painting or prose or music, a form of personal expression.”

Kashmere first turned to sports as a subject for film with a 2006 video essay titled Valery’s Ankle, which explored the events surrounding the 1972 Summit Series, an eight-game hockey exhibition between the Soviet national team and a collection of Canadian stars of the National Hockey League. A year later, he moved to Syracuse and started going to games at the Carrier Dome: “It was the one place where people from different socioeconomic backgrounds gathered together in one place.” It was then that the idea that eventually became From Deep began taking shape.

After digging into Syracuse’s basketball legacy, Kashmere found his entry point. “The 24-second shot clock was invented there, and there was once an NBA team [the Syracuse Nationals]. They moved to Philadelphia and became the 76ers, which was this interesting metaphor for Syracuse’s economic decline and the disappearance of industry around the Rust Belt. I’ve always been interested in drawing parallels between different cultural histories.”

From Deep unfolds over three chapters (“The Hoop Moves,” “The Funky Dialectic,” and “Crossed Over”) that follow the sport’s evolution from its birth as an indoor activity to distract rowdy students at the turn of the 19th century to the earthbound pre-shot-clock stone age to the rise of the NBA, all the way up to LeBron James’s decision to take his considerable talents to South Beach. What’s most interesting about From Deep, though, isn’t explicitly the basketball it’s about, but rather how the sport is presented.

As part of his research for the film, Kashmere watched every basketball movie, and every movie with a basketball scene, ever made. Many — Hoosiers, Glory Road, American History X, Wild Style — find their way into the film. “Los Angeles Plays Itself, by essay filmmaker Thom Andersen, is a major influence on From Deep for sure,” he says. “The way that he uses movie clips especially and the personal voice-over.” Kashmere’s favorite basketball movies are He Got Game, White Men Can’t Jump (“Just in terms of the racial dynamic. And also, it was the first mainstream film to focus on playground basketball”), and Jack Nicholson’s largely forgotten first solo-directorial effort, 1971’s Drive, He Said, based on a book by Jeremy Larner with uncredited rewrites by Terrence Malick and Robert Towne. 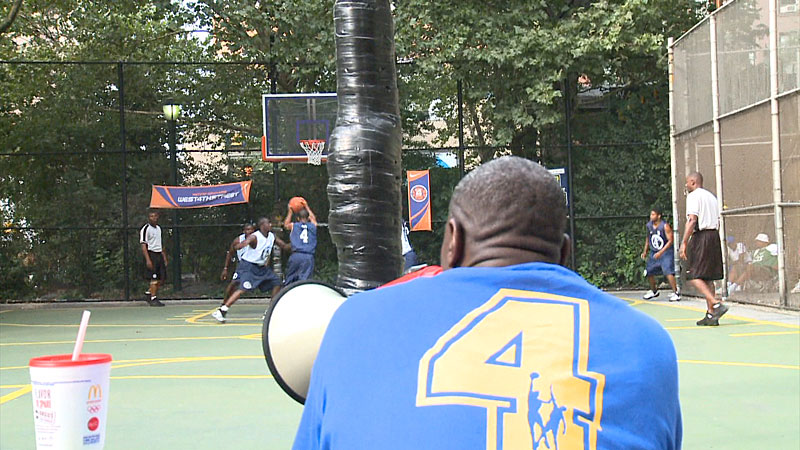 The playground ethos looms large in From Deep. One of the scenes that got one of the biggest reactions at the screening I saw was of a street game in which a player hits the game winner, and then imperiously sweeps his hand across the court, screaming, “Get the fuck outta here!” Kashmere and his three-person crew got their streetball footage over the course of two summer road trips starting in Cleveland and Akron, heading east to Hartford and Springfield, and then south to playground meccas in New York City, Baltimore, and Philadelphia, before finishing up in Indiana and Kentucky.

“People were pretty curious about us,” Kashmere says, “in part because we were three white hipster-looking dudes. So there was like that instant like, ‘OK, who are these people?’ But that was a way of starting a conversation.”

A more fraught endeavor, especially for a white guy from middle-of-nowhere Canada, was figuring out how to talk about basketball and hip-hop as, essentially, an outsider.

“I spent a couple of years thinking about the project before I even started working on it because of that hesitation,” he says. “The longer that I lived in the U.S., the more comfortable I became with the idea of making a project about America, basketball, hip-hop, and the related issues around those things. The part where I talk about growing up and learning the game on the driveway — that became a really important part of the project for me. It took a long time to work out, and I think it’s still a bit embarrassing to watch that section.”

It’s scenes like that one, though, that keep From Deep from becoming a staid, scholarly excursion. Instead, it accomplishes something more subtle and more difficult by exploring the cultural import of a sport while also capturing what makes that sport vital. As much as anything, it’s a celebration of basketball and hip-hop as forms.

“It evolved a lot as I was working on it,” Kashmere says. “One of the things I had in mind, from the beginning, was this notion of ‘edutainment,’ which is a concept I became familiar with through the music of KRS-One: the idea of making a work that can be both pleasurable and instructive.”