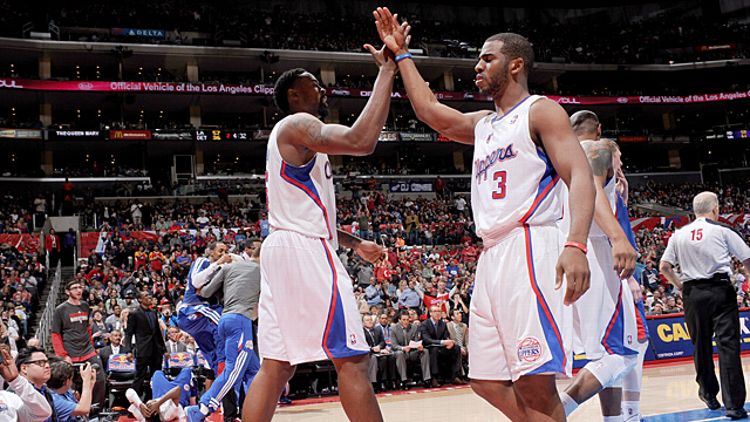 Last night, just a few minutes after DeAndre Jordan was done putting Brandon Knight in a jar on his mantel …

Poor @realrobertmays wrote about the best alley-oops of all-time last week and now his list is out of date: es.pn/WgmnAk

I’d had a similar thought when the dunk happened, but I was doing my best to ignore it. I wasn’t ready to admit that all those hours I’d spent last week scouring the annals of alley-oop history were wasted. Alas, they were. The AOx+ (a.k.a. the wholly scientific metric used to determine alley-oop awesomeness) clocked in at 9.1, the second-highest figure ever recorded. That number is mostly a product of Brandon Knight’s death, and DeAndre reacting like he just killed Brandon Knight.

Because the previous power rankings are now obsolete, we figured this would be a good opportunity to sort through some of the other omissions that readers pointed out upon seeing the original post. With some thorough examination, we concluded that only one of these dunks (the first one below) was good enough for the new top five (sorry, Shawn Kemp), but the others are definitely among the best of the rest.

There’s so much at work here, it’s hard to know where to start. I’m just kidding. We’re starting with Darius Miles.

I’ll admit that for stretches, I’ve forgotten that Darius Miles existed, but plays like this are why photos like this once existed. Let’s be clear, though — this one is all about the pass.

Because Lamar Odom essentially stole millions of dollars from the Mavericks last year and came into training camp 30 pounds overweight, I feel like our collective appreciation for his talents has gotten skewed. Odom’s skill set, when skinny and engaged, is one of the most unique in basketball, and the passing is a large part of that. Obviously, this took place a decade ago, but the point still stands. That someone would even think about trying to pull off this play — let alone actually doing it — is just silly.

Obviously gets weighed down a bit by the All-Star setting and Dominique’s uncharacteristically halfhearted finish, but the pass — both in concept and execution — is perfect.

These are the first two points of Kenneth Faried’s career. Something tells me he’s going to have several more of these by the time it’s over.

This one is great (especially how hard he puts it down after spinning around in midair), but it suffers a bit because it didn’t come against an actual opponent.

Who Is the NHL's Biggest Dirtbag (of All Time)?