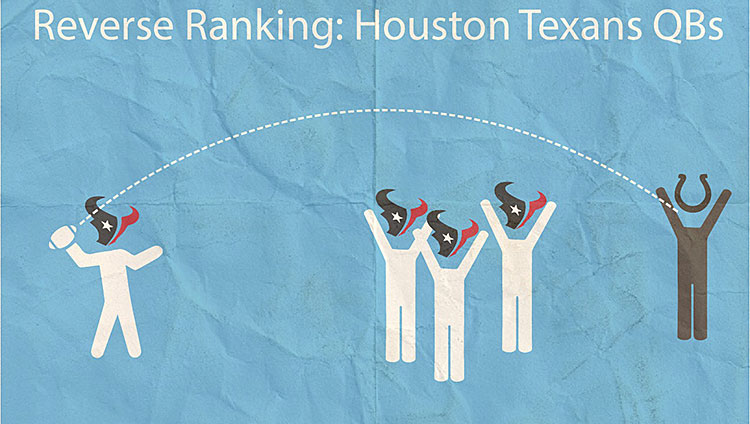 Last October, in Week 6 of the 2013 NFL season, the Houston Texans played the St. Louis Rams. They played at home, and they played against a Rams team that would go on to finish the season 7-9 and miss the playoffs for the ninth consecutive season.

The Houston Texans were obliterated.

This was Week 6, and the Texans were already sprinting full speed into calamity. By that point, they’d lost four straight (on their way to losing EVERY SINGLE GAME FOR THE REST OF THE YEAR), and were just completely the worst thing about being alive, for real.

There was a moment in the game when Matt Schaub, who, just one week prior, had set the record for having the most consecutive games with a pick-six in the history of the National Football League, got hurt. The crowd in the stadium cheered. That’s how things were going. I was there. I didn’t boo, because that’s stupid. But I also did not tell everyone to be quiet, so I guess that’s a wash? I don’t know. Who knows? I’m glad Schaub was OK.

T.J. Yates replaced Schaub. The crowd cheered. Then Yates threw an interception that was run back 98 yards for a touchdown. The crowd did not cheer that.

I have rooted for the Texans since they came into existence in 2002. I am legitimately happy when they win and I kick furniture and say lots of curse words at the television when they are losing. That’s a thing that happens more than I’d like, and it happens because, despite having the best defensive player in the entire league (J.J. Watt) and a very lovely wide receiver (Andre Johnson), and a running back who is not that likable but is fairly good at running (Arian Foster), the Texans have only ever had quarterbacks who are not very good.

This column is all about that exact thing; it’s a Reverse Ranking of all the quarterbacks in Texans history.

A Reverse Ranking is like a normal ranking, except instead of counting toward the best, or even toward the worst, it begins at an imagined bottom and works upward toward the least worst (but not the best). What that means is, OK, the Texans have had 13 men who have taken snaps at quarterback. A normal ranking would end with someone being at first place. But that can’t happen here. There’s no first place in Texans QB history. There’s just a Not Last Place.

To establish a bottom, we1 figured out how many quarterbacks have played for each team in the NFL over about the last 50 years, and then averaged the top five. Denver, for example, has had 56 people play quarterback since 1960. Buffalo has had 55. Washington has had 54. Chicago has had 53. And Cleveland has had 51. That’s an average of about 54 quarterbacks in franchise history. Let us assume the Texans will be around as long as those franchises, and let us assume they will have a comparable number of quarterbacks in that time as well. 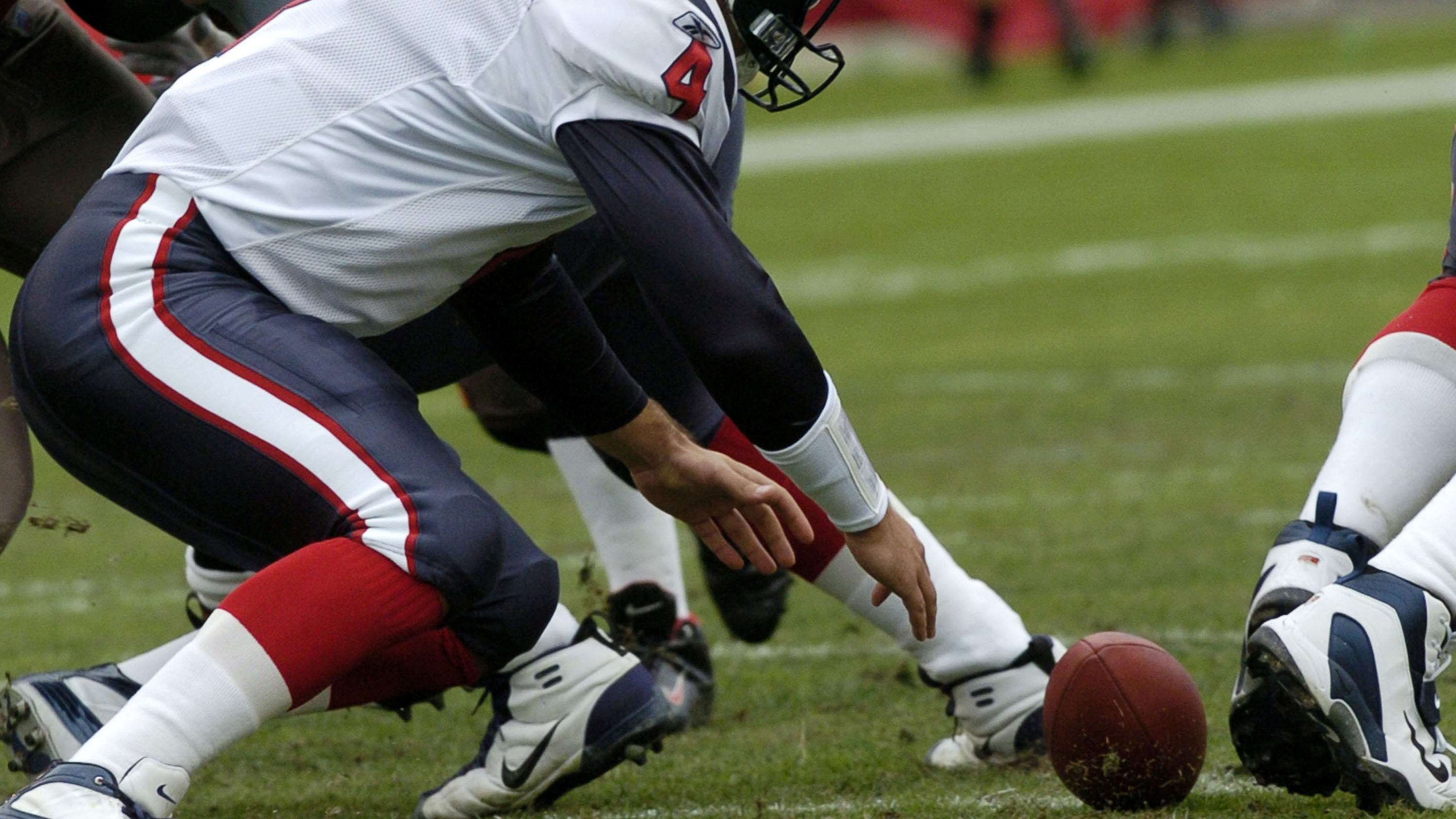 Do you remember that movie with Billy Blanks, in which he played a janitor who taught karate to a bullied kid? That Billy Blanks movie was about 100 times better than this Tony Banks’s Texans career. 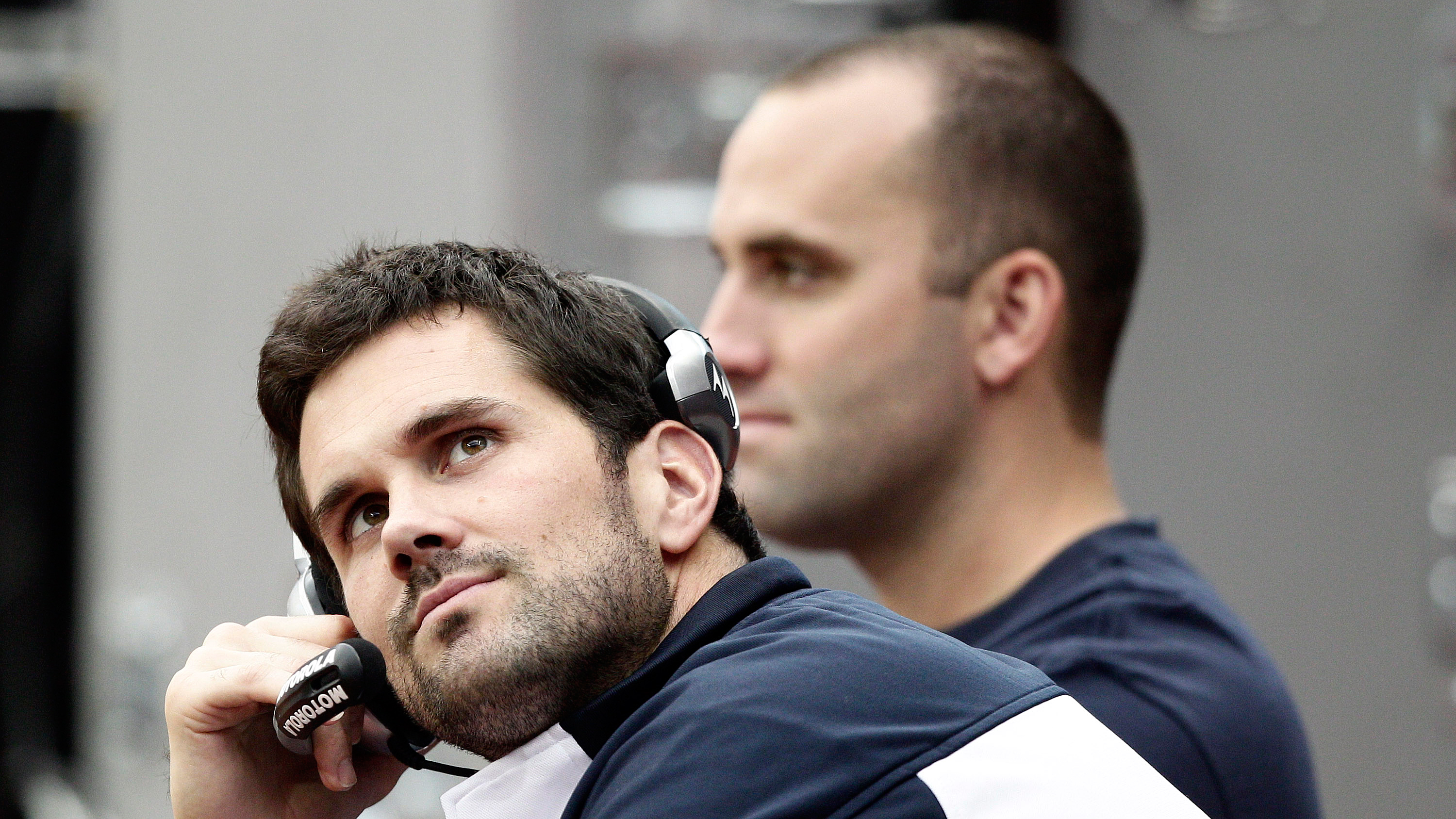 But he led the league in “hair” and also in “gloves.”

[Rex gets in there.] 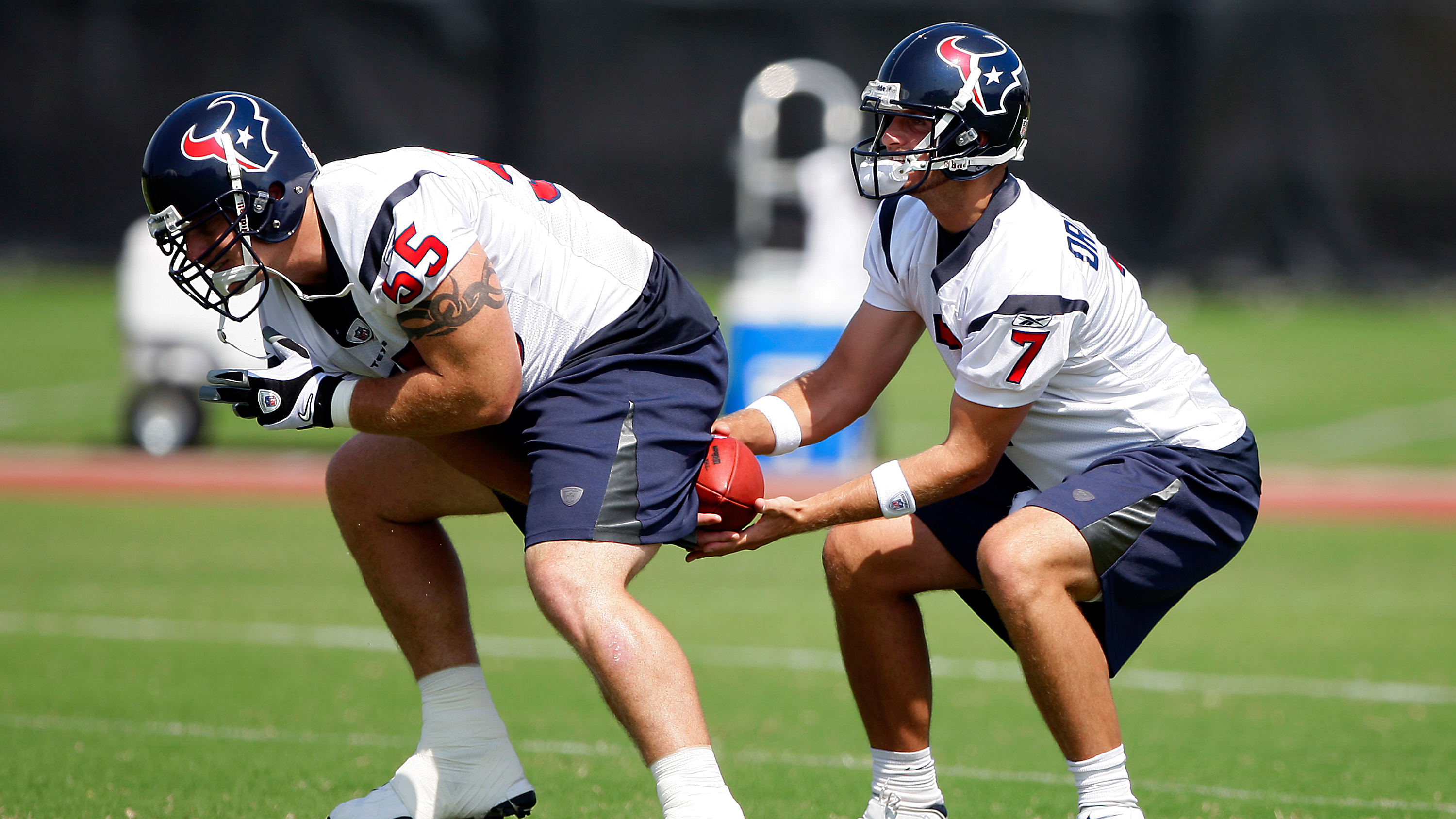 The invisible man. I’ll take it. At least we can squint and pretend like invisibility is the same as potential. Bro, who knows what would’ve happened if he’d have been given an opportunity. We might’ve been Super Bowl champs. WE MIGHT’VE BEEN SUPER BOWL CHAMPS. #RIP the Orlovsky era. It was over before it started.

True story: My wife actually ran into Fitzpatrick with her stroller at this school event thing in Houston. He was very polite about it — smiled, said it was no problem, then continued on about his way. Can you even imagine what Tom Brady would’ve done in that situation? He might’ve picked the baby out of the stroller and thrown him 40 yards down the street right into a stop sign. That’s the difference between a guy with a beard and a guy with 50 Super Bowl rings.

I legit would trade everybody on this list for the 2003 version of Jake Delhomme. He was such a rattlesnake. One of my all-time favorite Super Bowl moments was during the 2004 Super Bowl, when he and Tom Brady were dueling. There was a moment, right after an important play had happened, when somebody on the Patriots said something to Delhomme, and Delhomme, with no small amount of vitriol, fired back with his crazy-man eyes and his endless swagger. It was a small thing and couldn’t have lasted more than two seconds, but I loved him for it.

He was supposed to have been swallowed up by the pressure, but he bucked back. The overmatched fighter is my favorite QB archetype. Jake Delhomme 4 evr.

The Texans gave up 21 points in 130 seconds to lose that game to the division rival Colts. Nobody was surprised. We were at least proud that Rosenfels was coming up with interesting ways to lose games. There’s something to be said for innovation.

Nothing made me happier than the clip on this year’s Hard Knocks when Yates was in the Atlanta film room going over plays all by himself. He’s my second-favorite Texans quarterback of all time. I just like him. Sometimes that’s how it works. 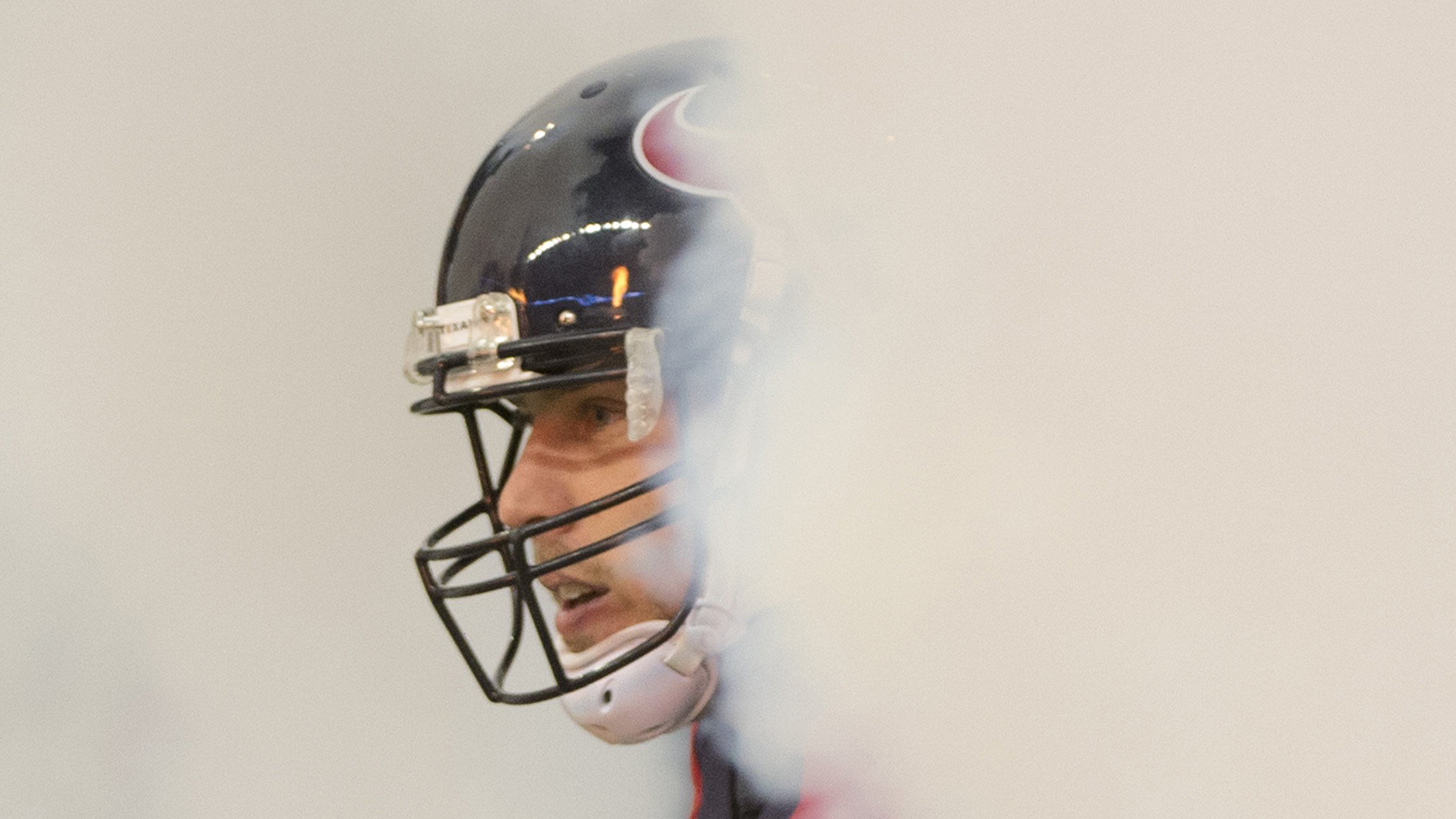 What a superhero. He was an undrafted, local hero who had starred at the University of Houston. He came in completely beloved, eyes bright and smile eager. There was a legit 45-minute window when it looked like Holy crap this might actually work. This was in his first start, but it happened in flashes during every game he played. But then it didn’t work out. It just never did. If I could change any three things in history, I would:

3. Make sure Manu Ginobili did not foul Dirk Nowitzki at the end of Game 7 of the Spurs-Mavs playoff series in 2006.

2. Talk to whomever it was that needed to be talked to in 1996 to get Jean-Claude Van Damme to star in Bloodsport 2.

1. Twist the stars around so the Case Keenum experiment ended up being a success in Houston.

If I got four things, then I’d probably try to do something about preventing racism.

The universe: Schaub plays for the Raiders now. He was competing for Oakland’s starting job at the beginning of the season. His main competition: Derek Carr, David Carr’s younger brother. The Texans have rubbed their stink from Texas all the way to California.

Congratulations to Schaub on being the 42nd-best quarterback in Houston Texans history.