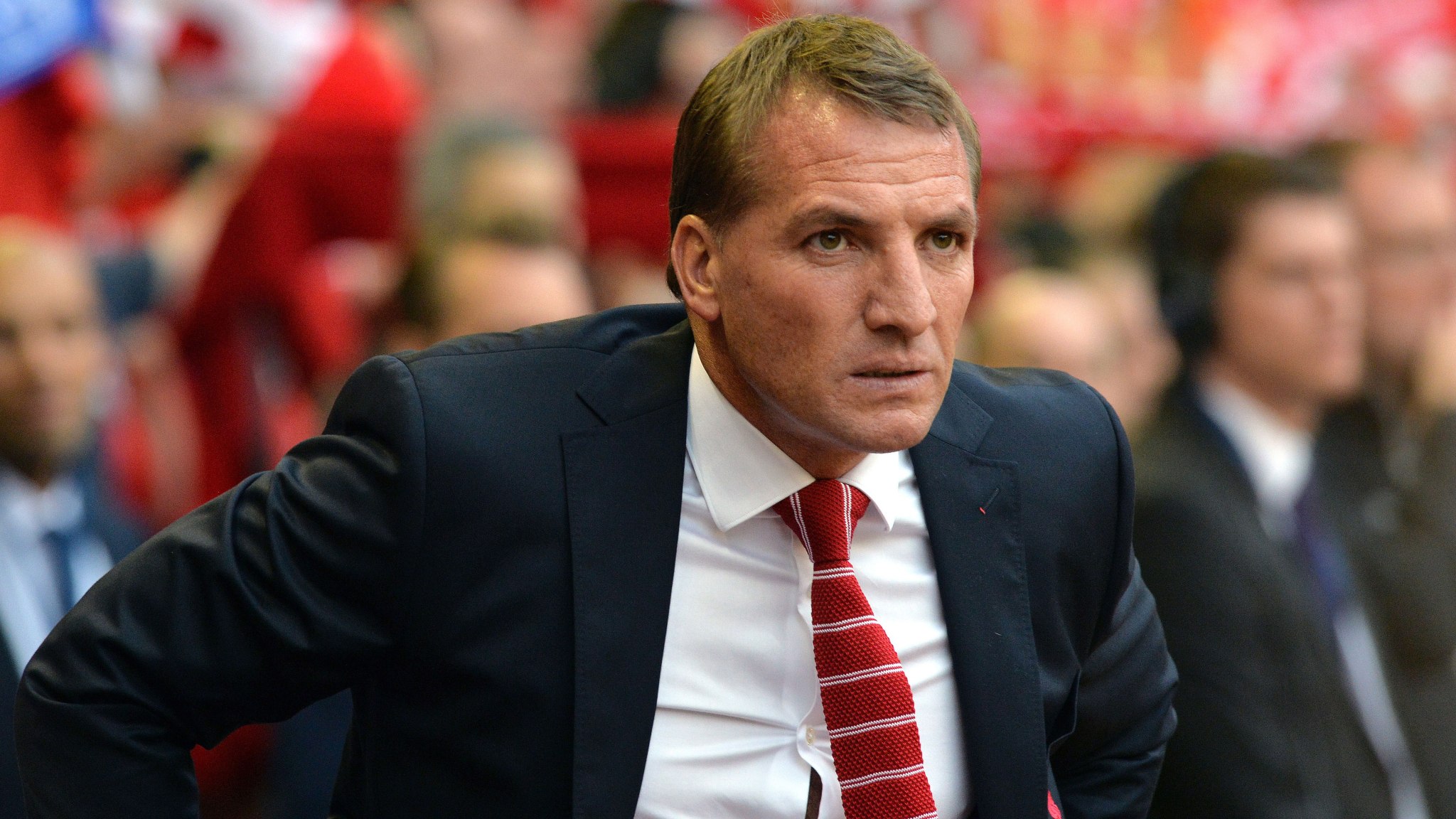 After last season’s unlikely, high-flying, high-scoring, high-octane season, things are looking a lot more mundane for Liverpool at the moment. Their last two Premier League results have been pedestrian losses to West Ham and Aston Villa. Those defeats are bookended by a ludicrous last-second victory over Champions League minnow Ludogorets Razgrad and a League Cup match in which they needed 14 penalty shots to beat Championship side Middlesbrough.

Usually, a bad week or two shouldn’t be cause for alarm. Stuff happens, and eventually, hopefully, it stops happening. Liverpool are dealing with the injury of Daniel Sturridge and a roster with a lot more moving parts than last season, thanks to a massive influx of players after a summer spending spree. And there’s the little matter of the departure of Luis Suárez. It would be easy to write this off as early-season hiccups.

The problem with that thinking is that what’s dragging Liverpool down now isn’t new. These issues were present last season; they just didn’t sink Liverpool. Now they’re starting to.

Over the last season and a half, Liverpool have developed an insanely wide-open style. They force turnovers in dangerous midfield areas and fly upfield at terrifying speed. That part of their game hasn’t changed. In fact, they brought in a number of pieces that excel specifically at that, none more prominently than new left back Alberto Moreno. Just ask poor Andros Townsend.

Liverpool’s two victories this season have come against Tottenham and Southampton, two teams that are insistent on trying to push up the field — the very approach that Liverpool are good at exploiting. Open games involve lots of chances taken and chances given up, and that’s a situation manager Brendan Rodgers can live with, because he’s confident his squad will be better at converting them than the opposition.

The problems for Liverpool come when the team they’re playing isn’t interested in going toe-to-toe. Sitting back and not giving Liverpool space to fly has proved an incredibly effective strategy for slowing them down.

Last season, Liverpool managed to stay one step ahead of bus depot teams in part by converting set pieces. In fact, they led the league with 26 goals from set pieces, well overperforming their 16.85 expected goals. While the team definitely had some set piece tricks up its sleeve (in situations that resulted in two corner kicks in a row, Steven Gerrard would often take the first one but not the second, leading to confusion among defending sides), it’s hard to believe it had nine goals’ worth of them.

Of those 26 goals, 14 came either directly or indirectly from free kicks. That was, again, the most in the league by a wide margin (Manchester City was second with nine). They had 69 shots from free kicks, which was second only to Sunderland (who you’d imagine took every possible opportunity to get the ball on goal). How did Liverpool manage to get so many free kick opportunities, you ask? 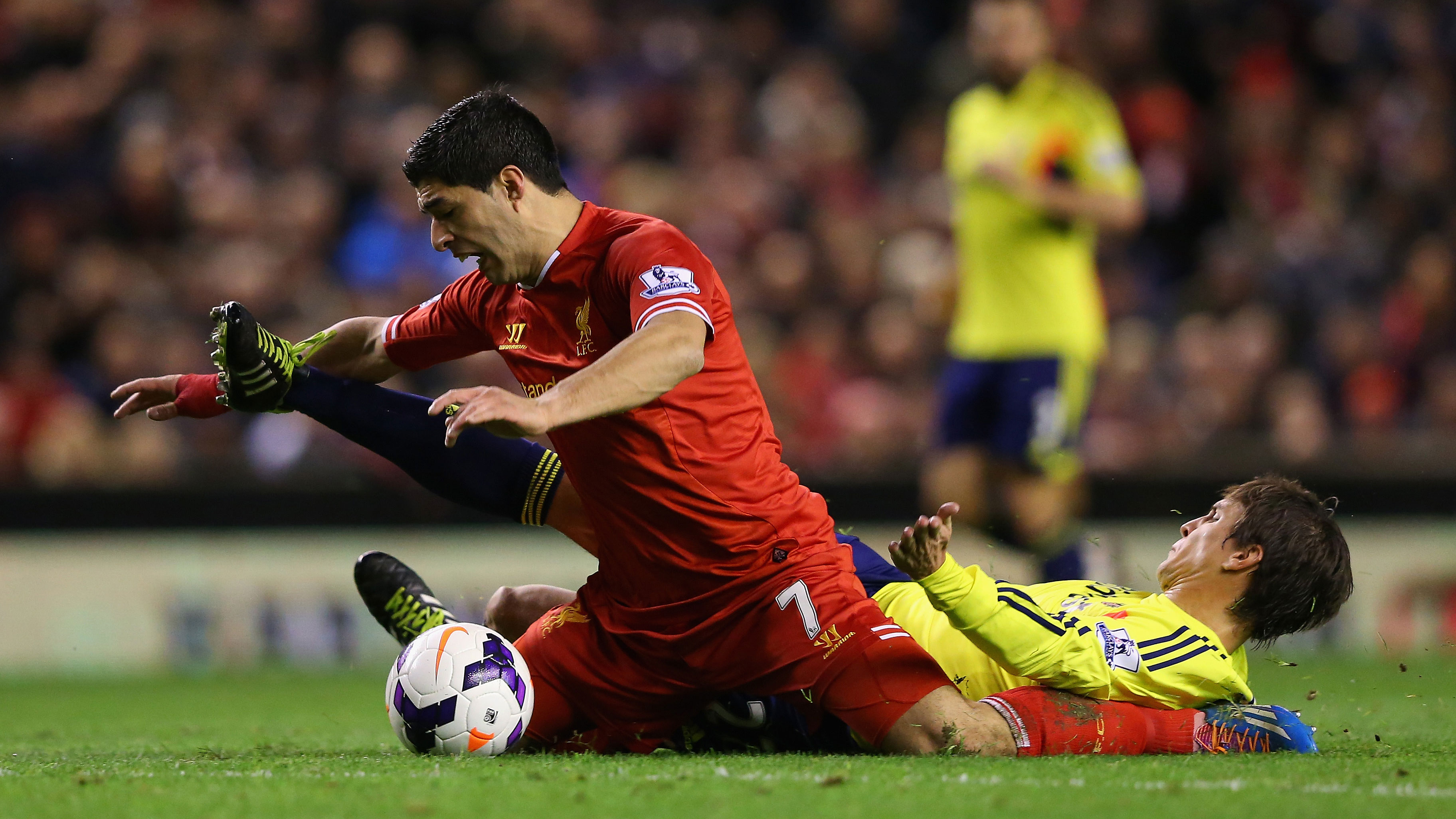 Hello, Luis. In his final season at Anfield, Suárez was second in the league in draw fouls in the attacking third of the field, averaging 1.17 per 90 minutes (only Adnan Januzaj averaged more).

Last season, if you sat deep against Liverpool, it was only a matter of team before they broke through. If it wasn’t from the run of play, they had Suárez to draw fouls, and some powerful set piece mojo to follow it up. This year they don’t have that. Sit deep and defend, and Liverpool will have a very tough time breaking you down.

It’s easy to blame Liverpool’s defense for Liverpool’s record. They’ve given up eight goals, which is the fifth-worst in the Premier League. In five games, they’ve already made two individual errors leading to goals. Only four teams have more than one. And while Liverpool’s back four are doing a good job of not conceding shots (the 46 they’ve conceded is the third-fewest in the league), an astonishing amount of those shots are finding their way on target. Opponents are getting 41.3 percent of their shots on goal — the league average is 31.5 pecent. Perhaps that means Liverpool are having some bad luck, and eventually opposition attackers will start missing. On the other hand, opponents shoot at an average of 17.6 yards away (the second-closest in the league), so maybe these are the signs of dangerous defensive deficiencies.

Still, Liverpool’s attacking tactics put an inordinate amount of pressure on the defense. Since Rodgers is so committed to sending players forward, it is that much more dangerous when they don’t get through. Even in the dying minutes of a Champions League game, up a goal, Liverpool were rushing the Ludogorets net. When Raheem Sterling lost the ball in the 90th minute, Liverpool ended up with four players on the wrong side of the ball (pause the highlight at 1:29 to watch a bunch of Liverpool attackers stand around while Ludogorets go counterattacking in the other direction).

At the end of the move, it’s Dejan Lovren who looks bad, but the problems start much farther up the field. Moreno is caught out of position first; then Gerrard, who is supposed to be shielding the defenders, is easily bypassed. This all leads to the back line being exposed.

This is now a multi-season habit for the Reds. Last season, their 13 errors leading to a goal was second only to Tottenham’s mind-blowing 21. Obviously, the hope for Liverpool was that by upgrading the defensive personnel, the mistakes would be reduced. But that’s shortsighted. The system is as culpable as the personnel.

That’s not necessarily a bad thing. Five of the six most error-prone teams in the Premier League last season were in the top half. If you leave defenders isolated, they will make mistakes eventually.

The problem for Liverpool is they aren’t getting adequate returns on their defensive risk-taking. The full-backs are flying upfield, the midfielders are diving into tackles, trying to win the ball back, and wingers are still not tracking back — instead staying high up the pitch to initiate attacks. Those attacks aren’t succeeding, because they are running into well-organized, patient defenses (everything is connected!).

Eventually, something will have to give. Liverpool reaped the benefits of their high-flying approach last season. This campaign, it’s been nothing but consequences. Either Rodgers will find a way to organize his talent and produce higher-quality chances against compact defenses, or he is going to have to modify the system and stop taking so many positional risks.