Requiem for Percy: Parsing the Legacy of Harvin’s Eight Games, One Touchdown, and 460 Yards With the New York Jets 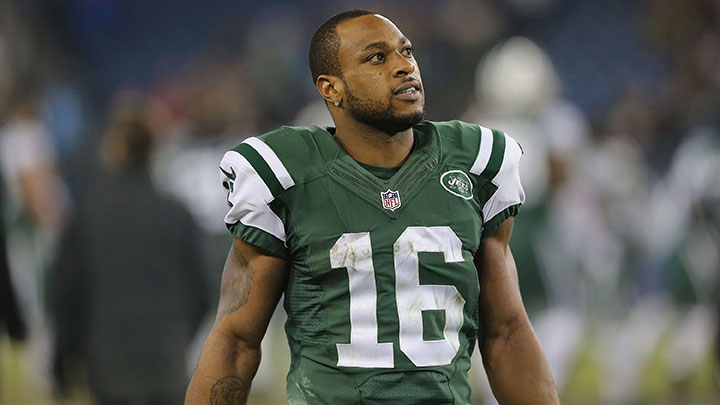 Yesterday, ESPN New York’s Rich Cimini noted that New York Jets wide receiver Percy Harvin was “not likely” to return to the team. Two of our resident Jets fans — they exist! — got together to discuss this extremely important development.

Ryan O’Hanlon: This may come as a surprise — “this” referring to Percy Harvin’s presence on the New York Jets — but the move makes accounting sense, at least. Harvin’s got four years of a $41.5 million deal remaining. If the Jets cut him before March 19, they give a sixth-round pick to Seattle and pay him zero more dollars. If they don’t, they send the Seahawks a fourth-rounder1 and lock themselves into about $10 million, plus whatever the going rate is for a veteran Gatorade sommelier.

So, Kevin, you’re Mike Maccagnan, the Macca to Jersey’s Failed Football Mecca. You’re literally him — Panama hat, chlorinated coiffure, questionable goatee and all. Do you keep Ol’ PH, Ol’ Acid or Base around for another season?

Kevin Lincoln: And to think: Even I can’t pronounce my last name. From a football perspective, the whole Percy Harvin experiment was less Manhattan Project and more 13-year-olds dropping Mentos into pitchers of RC Cola. Football Outsiders pegged him as the 83rd-most productive player who caught more than 50 passes — out of 87! — with his performance coming in at below replacement level. When you’re using words to describe your high-profile acquisition that you’d mostly reserve for the New York Knicks, there’s a problem. The saving grace, then, is the low cost it took the Jets to acquire Harvin — one that can only be preserved by cutting him loose. It’s a sign of maturity, mister. Now if you’d only get those grades up, we could start talking about that car.

But the most disappointing thing is that Harvin, one of the more talented players the Jets have ever rostered, did not come even close to entering the freak-show pantheon that is Big Green’s best skill players. 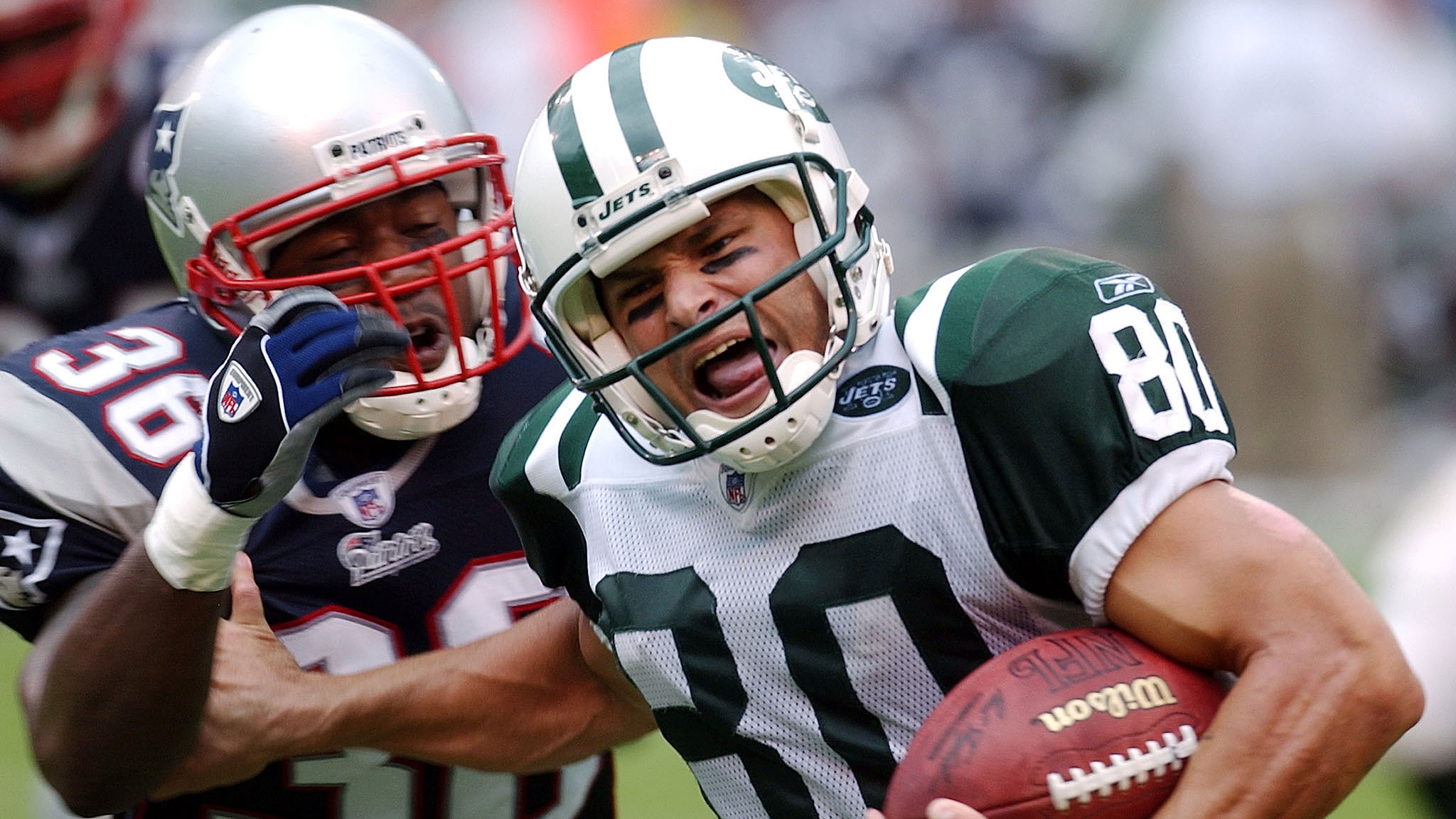 That gilded pantheon contains all the players who’ve led the New York Jets in receiving yards over the past 16 seasons. The thing about this team — this team that once drafted Kyle Brady in the first round and then drafted Anthony Becht in the first round five years later, the prelapsarian Gronk-Hernandez duo that tragically never was — is that I don’t actually know what it means to be a good receiver on the Jets. Are the guys who’ve succeeded among the constant, annual institutional upheaval so good that it didn’t matter that Quincy Carter was throwing them passes?2 Or do they just happen to have the proper generic skills — kind of hard-working, two hands, elementary grasp of geometry — to produce in an offense that Brian Schottenheimer drew up on a Macaroni Grill table cloth?

That’s been the offensive story with this team. Everything’s always in flux — and, in football especially, everything influences everything else — so it’s almost impossible to accurately judge individual players. Like, there was a time when I WAS GENUINELY EXCITED THIS TEAM HAD SIGNED JUSTIN MCCAREINS. There’s a chance — a good possibility, even — that Harvin, a guy who needs to get the ball in awkward spots where he can shake defenders, and who needs an offense and a quarterback who can help him do that, goes to, I don’t know, Philly and burns the league down again.

Help. When did I become Fireman Ed?

Lincoln: I think it started when you lost all your hair. Look: The Jets are a miserable team to root for. Their victories are all Pyrrhic and their fun parts get ground up underneath the bootheel of the New York Media™, which absolutely cannot have nice things. But most of all, as you so adroitly pointed out, Jets players have, our whole lives, put the “journey” in journeyman, or the “journey” in Journey to the Center of the Earth, where, after 16 games and 12 losses and too many Woody Johnson frowns, you can burn in the molten lava of the planet’s core, or however that works. 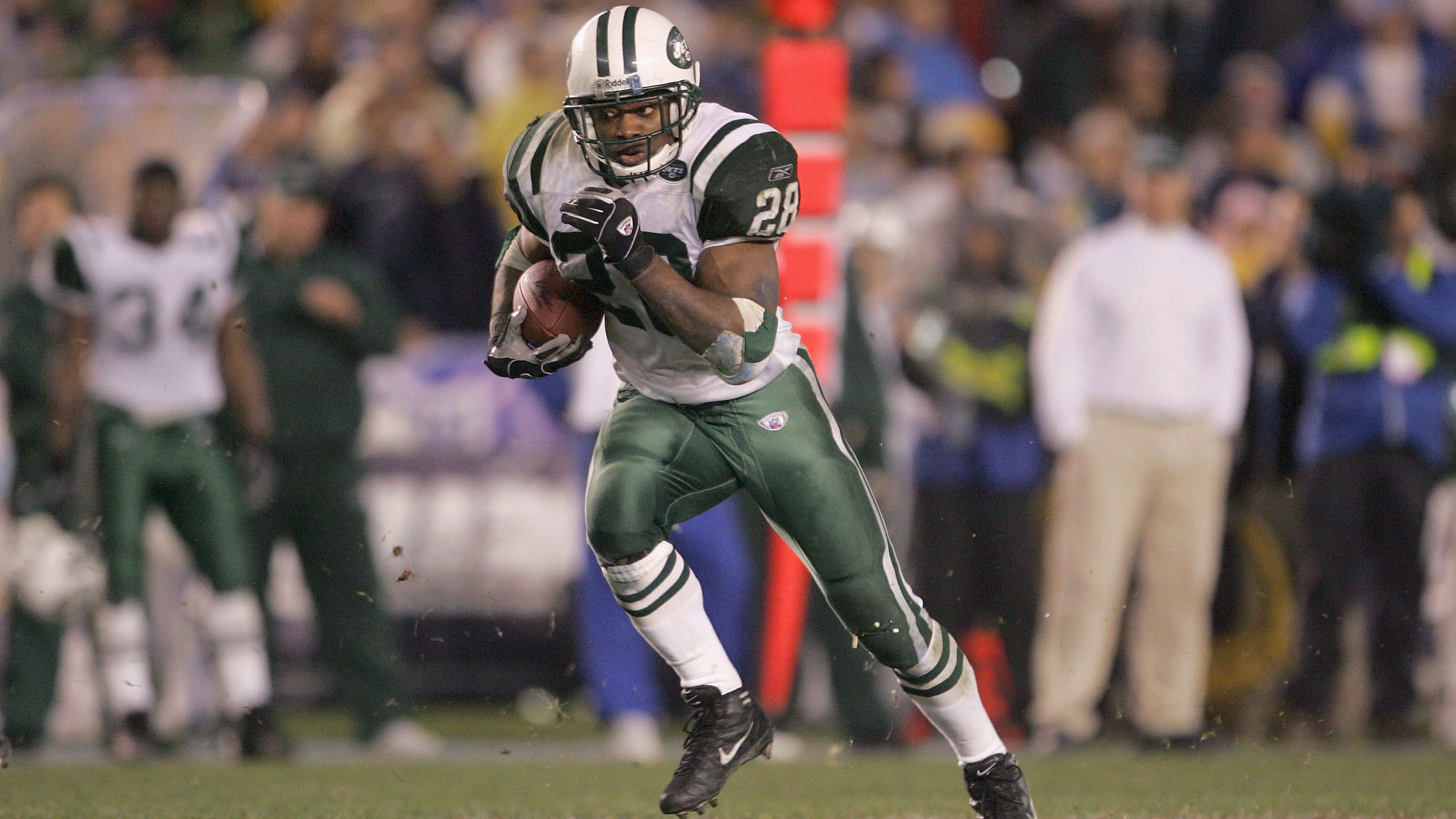 The Jets’ singular stars, then, aside from Curtis Martin, who came in after establishing himself in New England — and let’s face it: Nobody is like, yo, Curtis Martin made me want to THRIVE — have been weirdly accidental, homegrown oddities like Wayne Chrebet, whose jersey I still have in my apartment somewhere, or Chad Pennington, a.k.a. the Man With the Cotton Arm, or, let me get a thousand tissues, Darrelle Revis. Harvin represents the other side, the grislier one; the Jets are an organization that imports talent and destroys it, or else tucks it away on a shelf until some better, smarter franchise can come by and treat the Jets like an estate sale that never ends. Harvin’s case can’t be summarized with vague sweeping gestures: His stint with the Jets isn’t the only one that’s gone poorly. But it is unfortunate.

Honestly, the weirdest thing about the Rex Ryan era is that people actually talked about the Jets. I became so used to carrying around my affection for the team inside my chest like one of those ugly spherical little Civil War bullets, realizing that nobody else cared, and rightly so. Then Rex took over, and the Jets became a national concern. And now Rex is gone, off to lead the Bills to 97 Super Bowls and make Buffalo the capital of the United States. In a strange way, could Harvin’s impending departure signify the end of the Jets as a team that anyone outside of northern New Jersey, Queens, and three apartments on the east side of Los Angeles cares at all about?

O’Hanlon: From all accounts, Todd Bowles has never actually spoken at a frequency distinguishable from low-dial white noise, so that’s a start. The best players on the team are all interior linemen. Chan Gailey is a 63-year-old man named “Chan.” Decker’s sex appeal evaporated into the East Rutherford air as soon as he put on green and white. Chris Ivory runs really hard in a league that no longer lionizes 4-yard bruisers. So, yeah, there’s not much to talk about anymore. Rex was the final relic of imagined relevancy and Harvin the one skill player on the roster who orbited any kind of visceral excitement.

That being said, all of this will change when they draft Brett Hundley ahead of Marcus Mariota in a couple of months.

Lincoln: Brett Hundley? Try Rob Ford. The draft plays to all of the Jets’ worst qualities: their lame stabs at idiosyncrasy, their skeptical and shouty fans, their tendency to make the worst possible decisions. Fortunately, I no longer cry over the Jets like I did, facedown on a beanbag, following the 1999 AFC Championship Game. I am a grown man, and I have moved on to crying over grown-man things, like the Before Sunrise movies. But one of the nice things about believing, with complete certainty, that your team will fail you is that if, against all odds, they don’t fail — if, god forbid, the Jets actually won a Super Bowl — it would be a very pleasant surprise.

O’Hanlon: Even the dreams you never knew you had? They can still come true. 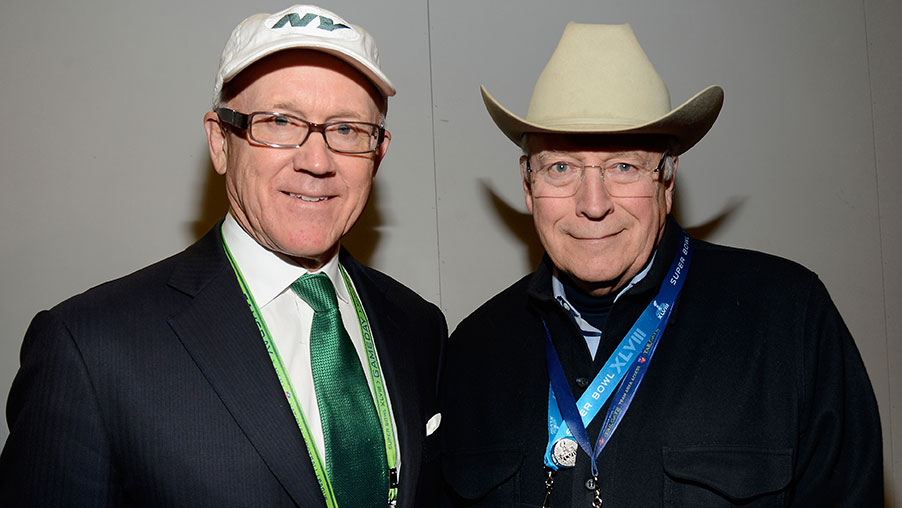 NBA Shootaround: This Is Family Business