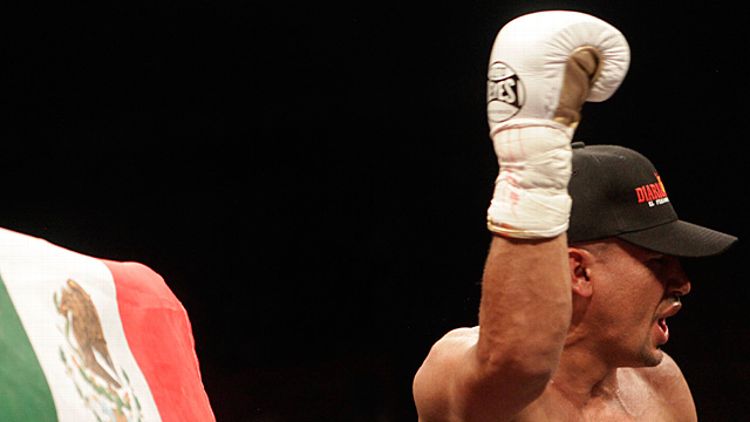 Numbers never lie, right? Well, in boxing, at the very least, they fib. Numbers can misrepresent and misdirect. And that’s dangerous because, in boxing, until you’ve won enough big fights to become a name, all you really are is a number — or, more accurately, a series of three numbers: wins, losses, and knockouts.

All assumptions about an unknown fighter are based on his record. There is no boxing equivalent of baseball’s WHIP or BABIP, so when fight fans need to make a snap judgment on whether a fighter matters, they use these traditional stats. And if the number in the loss column is too high or the number of knockouts doesn’t closely resemble the number of wins, good luck getting people to tune in.

Gennady “GGG” Golovkin and Miguel Angel “Mikey” Garcia are on the right side of that equation. You might not know who they are, but the numbers tell the story their promoters want you to hear. Golovkin’s record is 24-0 (21 KOs). Garcia’s is 30-0 (26 KOs). They always win and, a collective 87 percent of the time, they score knockouts. What more do you need to know?

Saturday night at Madison Square Garden, Garcia faces Orlando Salido, while Golovkin takes on Gabriel Rosado. Salido’s record reads 39-11-2 (27 KOs) with one no-contest. Rosado’s is a similarly blemished 21-5 (13). To those who aren’t already familiar with the fighters, the numbers define them, and these numbers suggest terrible matchmaking. But remember, the numbers only tell a partial truth. And the whole truth is that, despite the numbers, this is a fight card with the potential to be as entertaining as any that will be arranged this year.

Here’s the rundown: In the main event, the unbeaten Garcia challenges the 11-times-beaten Salido for the top spot in the featherweight division. Golovkin and Rosado are fighting for a middleweight belt in the co-feature. To the uninitiated, these may seem like mismatches. To wrap your head around the notion that 30-0 vs. 39-11-2 can be a pick-’em with Fight of the Year potential, you need to understand three things about boxing:

1. In the words of Hall of Fame trainer Whitey Bimstein, “Show me an undefeated fighter, and I’ll show you a fighter who hasn’t fought anybody.” It’s an oversimplification that was more applicable in the days when prospects fought every three weeks and careers lasted 150 bouts — it’s safe to say that undefeated Floyd Mayweather has fought a somebody or two in his career — but the quote speaks to the danger in mistaking a zero for invincibility.

2. Strength of schedule varies wildly. Boxing isn’t the NFL, where a noteworthy disparity in strength of schedule might mean one team played opponents with an aggregate .526 winning percentage while another played opponents whose winning percentages averaged out to .468. In boxing, you set your own schedule, and if you want to take on someone with a 1-22-3 record, as Golovkin did in his pro debut, or face three consecutive opponents who’ve never won a fight, as Garcia did to open his career, you can do that. Maybe Notre Dame’s 12-0 mark entering the BCS Championship Game was a soft 12-0, but at least they played 12 other FBS programs. In boxing, you can hand-select the equivalent of 12 Pop Warner teams if you like.

3. The season never ends. A boxer only gets a clean slate once; after that, a loss is on his record year after year after year, which means the public’s perception of a fighter might be skewed by things that happened half a lifetime ago.

That’s precisely the case with Salido, who turned pro at 15 — an age when most of us are getting driven to our JV games by our parents — and went 8-6-1 before beginning to round into something resembling a world-class fighter. In 2002, Salido started beating some of the guys he wasn’t supposed to beat, like 17-0-1 Lamont Pearson and 38-3 Carlos Gerena. In 2004, he fell far short against Juan Manuel Marquez on the Bernard Hopkins–Oscar De La Hoya pay-per-view undercard. In ’06, he upset Robert Guerrero, only to have the result voided by a failed steroid test. In 2010, he dropped a semi-competitive decision to the marvelously gifted Yuriorkis Gamboa. And in 2011, Salido finally broke through at the elite level, TKO-ing rising star Juan Manuel Lopez in a Fight of the Year contender. Eleven months later, he repeated the feat in an even better fight, and now he’s recognized as the top featherweight in the world.

For a fighter, a 39-11-2 record typically relegates you to “jobber” status. But Salido is no jobber. He has many times more losses than your average HBO headliner because he wasn’t a finished product in his teens and he wasn’t protected by promoters and matchmakers while he worked through the kinks of being an unfinished product. But Salido is by far the best opponent in Garcia’s career, a hardened pressure fighter with a willingness to absorb left hooks in order to land his own and a right hand that hang-glides over lazy jabs. None of this means Salido is the favorite over Garcia, who might be the most talented and most fundamentally sound fighter in the division. This is a fight where there is no clear favorite (according to Betfair.com, Salido is a slight +126 underdog), and a fight in which both boxers are capable of producing high-impact action. That’s really all you can ask for.

Golovkin vs. Rosado is not as competitive on paper, but it’s still a better piece of matchmaking than the records suggest. GGG (let’s work on that nickname, guys; you can do better than something that sounds like an excessively kid-friendly MPAA rating) is boxing’s monster of the moment. Following an amateur career spanning 300-plus fights and a silver medal in the 2004 Olympics, Golovkin dominated pro opponents in Germany, Denmark, Panama, Kazakhstan, and the Ukraine before finally coming to the States last September to obliterate poor Grzegorz Proksa. Overnight, he went from the best fighter you’ve never seen to the best fighter you’ve seen once and desperately need to see again.

According to legend (only it’s not legend; I actually have it on good authority), every able-bodied middleweight — and many a super middleweight — on six continents turned down the opportunity to be Golovkin’s January opponent except for Rosado and Fernando Guerrero. And despite possessing the more modest win-loss totals of the two and even having a close 2009 defeat to Guerrero on his record, Rosado is the more credible challenger. The Philadelphian turned pro at 18 after just 11 amateur fights, and until two fights ago, boxing training was something he did on the side while working 10-hour construction shifts. He was, for a couple of years, negatively defined by a three-knockdown, two-round loss to Alfredo Angulo, but Angulo ranked among the sport’s most dangerous punchers at the time. More recently, Rosado has gone on a seven-fight winning streak that includes upset TKOs on NBC Sports Net over Jesus Soto Karass and Sechew Powell. He is hitting his prime at 27, devoting himself to boxing full-time for the first time and, importantly, unafraid. Rosado is still an extreme long shot to win against a guy who’s currently in the “Are We Sure He’s Not a Cyborg?” phase, but Rosado’s not coming to lie down and, based on his recent form, he more closely resembles your stereotypical 24-2 boxer than a 21-5 fighter.

Salido and Rosado are both late bloomers and they’re far from the first in boxing history. Jersey Joe Walcott brought a 44-11-2 record into his first fight with Joe Louis in 1947. (He lost a robbery of a decision and went on to a Hall of Fame career.) Glen Johnson was 39-9-2 entering the 2004 campaign that saw him upset both Roy Jones and Antonio Tarver and earn Fighter of the Year honors. There are dozens of other, similar cases.

Every few weeks, it seems, someone comes along and reminds us how deceiving a boxing record can be. Sometimes it’s an undefeated prospect getting exposed, other times it’s a guy with 11 losses proving he’s the best in the world in his weight class. Occasionally, it’s both of those things happening on the same night. Don’t interpret this as a prediction that such a scenario is in the offing this weekend. The only prediction here is that sports fans who don’t watch these fights based on a quick glance at the records will regret it.