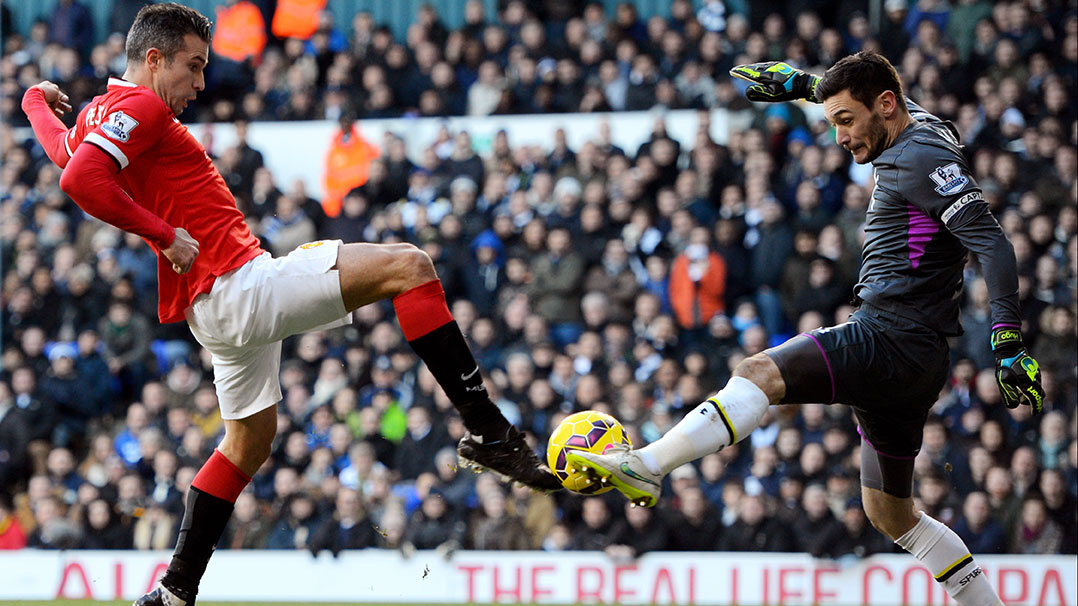 It’s been a busy few days in the English Premier League, with every side — except for Liverpool and Swansea City, who face off later today — playing two matches since Christmas. Here’s a roundup of everything good, bad, and Ashley Young about the three-day weekend that was.

@unfitforpurpose @RenoWallabout Friday I heard a @nyspurs guy sing "Woop woop that's the sound of the Lloris" to tune of KRS One. Make it so

Ryan O’Hanlon: Papiss Cissé got one on Friday, and so did Sadio Mané. Then Mané grabbed another yesterday. Mame Biram Diouf followed that up with two of his own. And Cissé bookended the weekend with a final tally. That’s six goals in three days for Senegalese strikers, and if you throw in West Ham’s Diafra Sakho, who went scoreless over the holiday stretch, the quartet has combined for 25 goals so far this season.

After the Lars von Trier film that was El Hadji Diouf’s career, have Senegalese strikers become the new market inefficiency? Whatever the answer, the league will be just a note less fun with all of these dudes leaving for the African Cup of Nations next month. 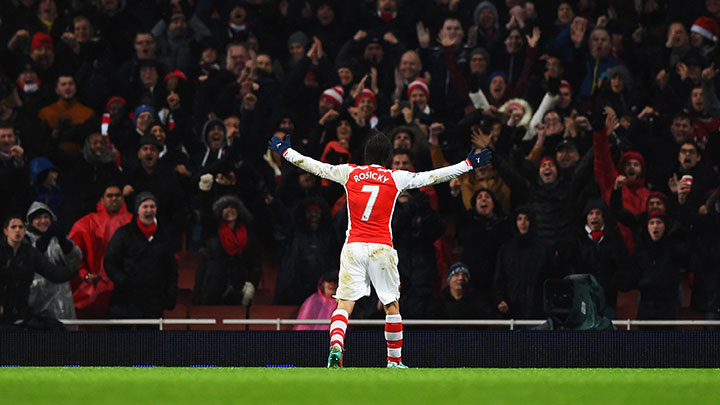 Mike L. Goodman: Only one of the top seven teams in the Premier League won a match on Sunday; Arsenal joined Stoke as the only teams to win on both Friday and Sunday. That’s six points despite a Boxing Day of digging deep into the back of the closet and dusting off a vintage Tomas Rosicky for a surprise start against Queens Park Rangers, and then a belated-Christmas-gift 90 minutes for Francis Coquelin away against West Ham. Arsenal’s central midfield situation might remain dire, but they now sit tied on points with Southampton in fourth place, continuing to show that, as always, Arsène Wenger finds a way.

O’Hanlon: Palace? Winners? You bet. They’re the sack-race champions! Now, please head backstage and collect your prize, Steve Parish. Who knows — it might just be a brand-new Tim Sherwood!

At this point last season, West Brom, Sunderland, Swansea, Tottenham, Fulham, Cardiff City, and, yes, Crystal Palace had already fired their managers. So the collective patience of Premier League upper management deserves the faintest, single golf clap of praise we can offer. Meanwhile, Palace currently sit on 16 points through 19 games — exactly where they were a year ago, before a second-half surge saw them finish 11th. And the manager who led them up the table? He’s still looking for work.

Goodman: A few years ago, amid great fanfare, Sir Alex Ferguson moved Wayne Rooney back into the middle of midfield. It didn’t last, but, well, he’s back there again — and running from deep has opened up all sorts of opportunities for England’s captain. Like this:

While Rooney moves from striker to midfielder, James Milner goes the opposite direction. As Manchester City deal with a striker-injury crisis, Milner has stepped into the breach, starting the last three games at the top of City’s formation. He has only one assist to show for his time up front, but with eight goals in three games, City’s attack certainly hasn’t missed a beat.

O’Hanlon: With enough mental judo, I can pretty much absolve anyone on Liverpool’s roster or coaching staff of blame for the club’s deflating, mediocre half-season. Mario Balotelli isn’t scoring because he was brought in to play with Daniel Sturridge, who may or may not still exist. Dejan Lovren has looked more James Carville than Jamie Carragher because of all the chaos happening in front of him. And so on.

If correlation and causation hurt your head, though, here’s some ibuprofen:

Simon Mignolet isn’t a good goalie right now — and Brad Jones, god bless that incredible head of hair, has probably never been one. But come to think of it: As long as the Reds continue to give up zero shots on goal, like they did against Burnley, I’ll be able to convince myself that everything’s gonna be just fine. 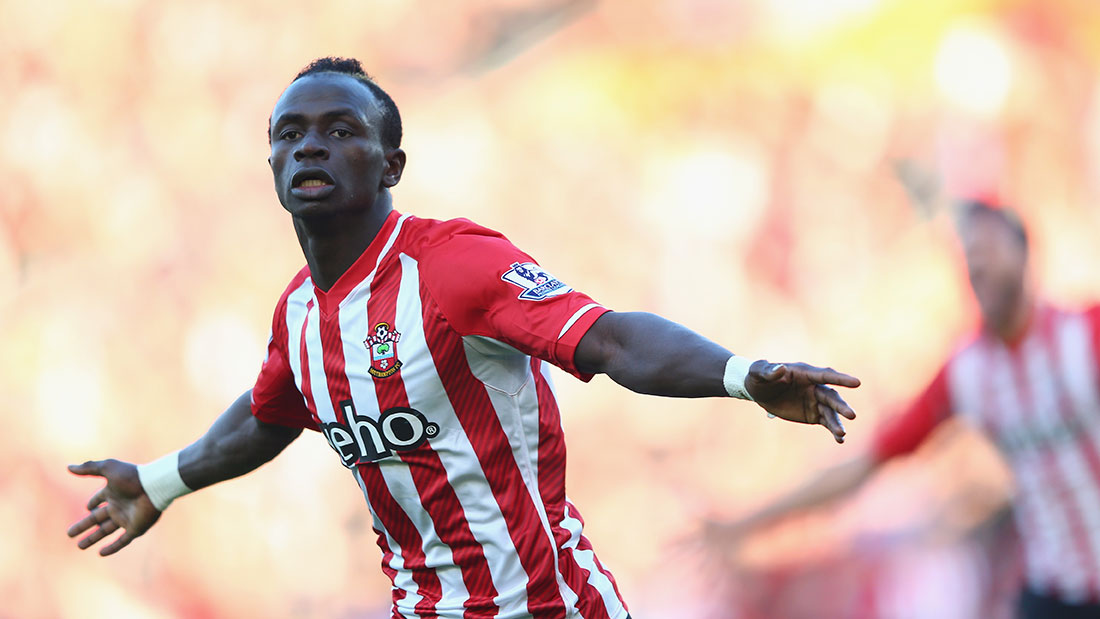 Goodman: Remember when some guy wrote that the crowded December schedule might end Southampton’s chances at contending for the Champions League? Well, after a rough stretch before the festive period, Southampton whupped Crystal Palace (and previously Everton) and then took a 1-0 lead on Chelsea before ultimately strangling the game to death and settling for a one-all draw. Sunday’s game saw a grand total of 16 shots between the two teams. Chelsea usually average a shade over 16 shots all by themselves.1 It’s a strong result for Southampton, who increasingly seem like they may just be in this race for the long haul.

It looked like this might be the weekend of the Fernand-bros — with Fernando also raking in an overhead kick in a 3-1 win against West Brom on Friday — as City, despite the absence of Yaya Touré and Sergio Agüero, zoomed out to a two-goal lead at home against Burnley and seemingly within one point of Chelsea. Half the season gone, and the league’s two giants just about even. Then Ashley Barnes and George Boyd shocked the Etihad into a draw, now Touré goes off to the Cup of Nations in a couple of weeks, and the situation’s not quite as bright as it looked at halftime. Frank Lampard is needed as much as ever — and his loan from NYCFC could (and probably will) now be extended beyond January. In the meantime, Thomas McNamara mullet wigs for everyone.

Goodman: Even deploying Leighton Baines in central midfield couldn’t slow Everton’s continuing collapse (though it did lead to this pretty assist). That’s three losses in a row, and four out of five. Don’t look now — seriously, please don’t — but Everton are 10 points out of sixth place and a potential European spot and only five above the relegation zone. Liverpool’s struggles this season get all the headlines, but Everton’s might be harder to solve. This is largely the same team that qualified for the Europa League last year and pushed Arsenal deep into the season for fourth place. Now, in Roberto Martinez’s second season, the defense has collapsed. Only potential relegation fodder Queens Park Rangers have conceded more goals than the Toffees. After last season’s excitement, the Toffees are now shooting for a boring, uneventful, midtable season. Because if there’s any excitement left for them in the league, it’ll come from flirting with disaster at the wrong end of the table.