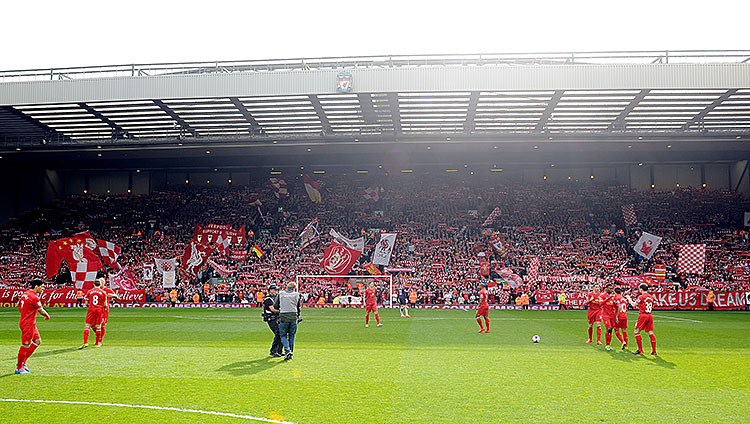 Mike L. Goodman: Liverpool can win the title if they win their remaining six games (which, it should be noted, includes games against Chelsea and Manchester City). They’ve stormed the top of the table with eight consecutive victories in the Premier League, and they currently hold the longest winning streak of any team in a major European league. Since the streak started on February 8, Manchester City have dropped four points, thanks to draws at Norwich City and Arsenal, while playing two fewer Premier League matches. Chelsea have dropped seven points with losses at Aston Villa and Crystal Palace taking them from favorites to a distant third in the title race.

It’s been a ridiculous stretch for Liverpool, albeit one aided somewhat by scheduling benefits. During their current streak Liverpool have only had to play a single game outside of the Premier League — a 2-1 FA Cup loss to Arsenal. The Reds have played nine games total. Manchester City and Chelsea, by comparison, have each played 11 games. And, of course, that’s on top of the already heavier load the two teams are carrying thanks to their involvement in European competitions. European football is a factor. Liverpool’s 11 most-played outfield players (since manager Brendan Rodgers mixes Coutinho, Joe Allen, and Raheem Sterling into two spots) have played 93 percent of the available Premier League minutes over the stretch of time in question, courtesy of ESPN Stats & Info. Chelsea and City’s top 11 have only accumulated 84 percent.

It’s a difference that’s even more dramatic when you look at their respective strike forces. Luis Suarez and Daniel Sturridge have missed 85 minutes combined in the Premier League since February 8 (all of them coming well after games were decided). In fact, Liverpool’s heaviest rotation has happened at the back as Daniel Agger and Glen Johnson have gotten healthy and slotted into the lineup. Chelsea and City keep their back fours pretty set. Branislav Ivanovic, Gary Cahill, Cesar Azpilicueta, and Nemanja Matic have played every single minute of Chelsea’s last eight games, while the rest of their squad bar Eden Hazard has been heavily rotated. At City, where perhaps rotation has been most extreme because of depth of squad and injuries, only Martin Demichelis and Pablo Zabaleta have played a complete set of minutes, although midfield superstars David Silva and Yaya Toure have both played every week.

The Reds have also been a bit lucky. Liverpool have been injury- and red card–free for the entirety of this stretch, while Chelsea and City have lost players to both. Liverpool have spent the last eight games more or less unconstrained by outside factors when Rodgers chooses which 11 players to send onto the field. Their main rivals don’t have that luxury. It was newly acquired Mohamed Salah — 89 total minutes for Chelsea since joining in January — who was out there this weekend, desperately chasing the game against Crystal Palace. That’s a situation Liverpool haven’t had to deal with coming down the stretch of the season. You don’t win eight consecutive games, or go from seventh place one season to title contender in the next without a lot of things going right. One of those things for Liverpool is the edge in team selection they’ve had over their rivals. There are six games left to see if they can ride those edges to what would truly be a historic title.

Spike Friedman: As statisticians increasingly push toward a sabermetric approach for player evaluation in soccer, a huge question is how to find undervalued defensive traits that can be exploited in the transfer market. Guys, I think I’ve found one:

Liverpool fullback Jon Flanagan, 21, doesn’t look like a great footballer. When Liverpool was off loaning out good young defenders, there were no takers for Flanagan, while Jack Robinson and Andre Wisdom were snapped up by championship sides. And while he’s drawn tongue-in-cheek comparisons to Cafu, Dani Alves, and Philipp Lahm for his performances during Liverpool’s current eight-game winning streak, the idea of Jon Flanagan, Premier League champion fullback remains more than a little absurd. Except in Liverpool’s 4-0 demolition of Tottenham Hotspur, he did this shoulder drop:

That move led directly to a Coutinho goal. But can he defend physically?

Oh my. But what did Cafu think of all of this?

Good to see the RedCafu is playing well! Liverpool amazing to watch!

Red Cafu! Holy crap! It’s looking like holding on to Flanagan was the most exploitable inefficiency in the soccer talent valuation market. Weird. Really, really weird.

Manchester United Mix Up the Medicine 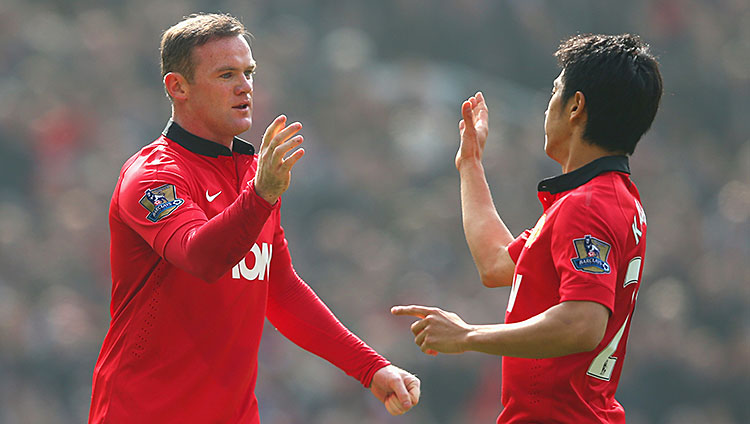 Brett Koremenos: It’s been the season from hell for Manchester United. David Moyes has struggled to get this motley crew to coalesce into something resembling the title-winning team from a year ago. Yet for all the targeted adjustments and lineup shifting, it seems like the latest mini-revival from United has happened by accident.

Robin van Persie’s injury figured to be a death knell. Given the squad was already in a rut, losing one of the best finishers in the world certainly wasn’t going to help matters. But for two of the past three matches — excluding a beatdown from, let’s face it, a clearly superior City side — United have seemed to stumbled upon a more potent attacking combination.

At this point in his career, van Persie is solely a finisher. In a vacuum, such a specialized role isn’t necessarily a bad thing, as van Persie is still (obviously) an incredible presence when he’s on the pitch. The problem is that Moyes has been forced to shoehorn the Dutch scoring machine and Wayne Rooney into his rigid offensive system because of their star power. It’s worked just fine at times. It’s also produced more than a few stale performances, like their disappointing draw at home against Fulham in early February in which United set an unofficial Premier League record by attempting about 40,000 crosses in a single match.

United’s other flaws — a mediocre midfield and poor wide play — seem much more noticeable when Rooney and van Persie are deployed together up top, because their presence forces more responsibility onto those two areas. In the Villa and West Ham fixtures, Shinji Kagawa has essentially replaced van Persie in the starting XI, joining forces up front with Juan Mata and Rooney to produce six goals. Since the Moyes system itself isn’t very creative, the midfielders need to be. Kagawa, Rooney, and Mata can interchange far easier because of their positional flexibility, giving United a more unpredictable attack.

During the Villa match in particular, United was noticeably more fluid in possession thanks to the presence of Kagawa, and later on when Adnan Januzaj was introduced in his place. Two games aren’t enough to suggest that United’s best (healthy) starting XI doesn’t include van Persie, but there are hints that, at least with Moyes in charge, it might.

Notes From the Relegation Zone

Ryan O’Hanlon: If you look at certain match reports — or if you, I don’t know, conceive of time with a slightly wider perspective than Western civilization does  — the game between Cardiff and West Brom was tied at 2-2. Then, it was suddenly tied at 3-3. Both teams scored at the exact same time, and the conclusion of the match can now be used as proof of string theory.

In our reality, though, Thievy Bifouma put West Brom up 3-2 in the 94th minute. The BBC announcer said, “West Brom have won it, right at the death,” and then, well, nah son:

This is all after West Brom took a 2-0 lead courtesy of Morgan Amalfitano lobbing Adam Marshall with a Felix Baumgartner–esque first touch, which was then partly erased by a hilarious cross-cum-goal from Jordon Mutch. And in the sliver between those final, near-concentric goals, West Brom somehow managed to both create and muck up a four-on-one breakaway. It was one of those games — enhanced both by its quality and the lack thereof — that makes the relegation battle so strangely compelling.

It also might be the high point of this season’s relegation drama. Most of the predictive models have Fulham and Cardiff at better than 90 percent odds to go down, while Sunderland hover somewhere around 60 percent. West Brom, on the other hand, are about 85 percent favorites to stay up.

That, though, wasn’t clear immediately after Cardiff’s post-death goal. Pepe Mel jumped off the bench to rip into the assistant ref for not ending the game sooner — screaming at whoever will listen, really — and then he turned to Ole Gunnar Solskjaer, who stood with his arms crossed like “Can’t we both be happy? Also, I don’t know what just happened.” They slapped hands, Mel’s fury translated into an awkward intensity not often seen beyond an 18th green, Solskjaer not wanting to die — and moments later, subjective time came to an end.