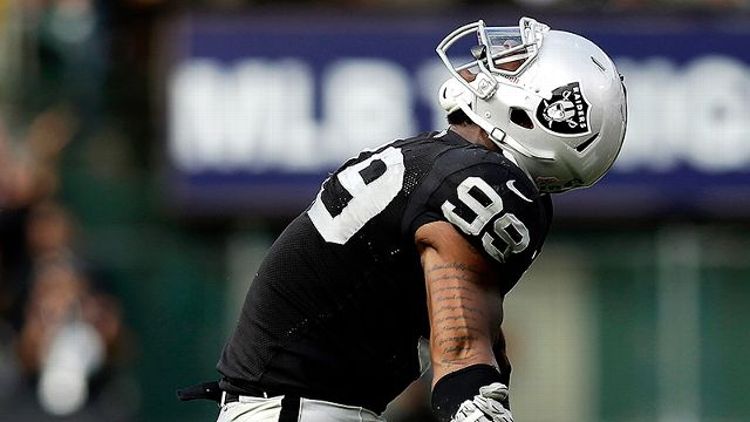 I found out about the Trent Richardson trade as I was driving home last week, and I responded the same way I think a lot of people did: “Holy shit.” That’s exactly what I said, loudly, happy to be in the privacy of my own car. The news triggered a series of texts and tweets that no NFL news has in a long time, and through it all, it was clear that as popular as football is, moves like that one are just too rare. We love trades, and we want more of them.

There’s a reason, though, that NFL trades never happen. Well, there are several. One is that NFL GMs seem to love their draft picks as much or more than they love their children. The draft is the cheapest, most efficient way to improve, and mortgaging that opportunity is a risk — one that rarely works out. Another hurdle is that football is not baseball, or even basketball. The difference in schemes, terminology, and even the subtlest difference between positions means that sticking with in-house players feels like the safer choice. There’s also the issue of parity. The league’s deadline is still too early for teams to know if they have a shot at the playoffs, and too many times turnarounds come in just a couple years. The 2-14 Chiefs were probably right in not having a fire sale last season.

I acknowledge all of that, but for now, I’m choosing to ignore it. The Richardson deal, and the Browns’ apparent willingness to deal some of the other players from the Mike Holmgren regime, has given us at least a glimpse of what a trade-friendly NFL would feel like. While we’re here, I say we enjoy it. And what better way to do that than by wildly speculating about fake trades? The seven deals below are an attempt to parse what the trade market might look like: Who’d be buying, who’d be selling, and who’d be available. For some teams, it’s obviously too early to declare who should give up on the season, but again, we’ve already conceded this is sort of stupid.

Another obstacle to NFL trades is the issue of finances. With its hard cap and contract structure, trades can put teams in a serious bind, and with each of these trades, that’s a problem I took into consideration. Almost every player involved here is either set to be a free agent or is on a short-term, reasonable deal. (This is where someone would probably say that teams get compensatory picks for players who walk in free agency; to you, I say stop ruining the fun.) Feel free to hate these, feel free to suggest your own in the comments. I just know that I’d like to see every one of them happen.

Why Oakland would do it: The Raiders are one of those teams that knows it has no shot at the playoffs, and few teams are mired in a truer rebuilding process than Oakland. Reggie McKenzie went the smart NBA tanking route this offseason by purging the Raiders of all their expensive contracts and populating his roster with short-term deals. Next year (with more than $40 million in dead money off their cap), the Raiders will finally be on solid ground to start building again.

Why Oakland wouldn’t do it: Houston and rookie DJ Hayden are the Raiders’ only real pieces on defense. Houston is just 26 and is on his way to having the best season of his career, with two sacks and a bunch of hurries through three games. The reason the Raiders would ultimately pull the trigger on something like this is if they thought Houston would walk at the end of the year. But indications are that he wants to stay with Oakland.

Why Dallas should pick up the phone: The NFC East is a mess. Chip Kelly’s Eagles are probably a year or two away, thanks to that defense. The Redskins’ defense is worse. And who the hell knows what’s going on with the Giants? Somehow, Tony Romo & Co. have become the safest bet in that division. With Tuesday’s news that Anthony Spencer would be missing the rest of the season with a knee issue, the Dallas defense has a real hole across from DeMarcus Ware. Houston is a great player against the run, and is really an ideal fit as left end in a 4-3. When/if Jay Ratliff comes back, Houston would make the Dallas defensive line sort of terrifying.

Why Jacksonville would do it: The Jaguars reportedly haven’t shown a lot of urgency in locking up Monroe — who’s on the last year of his rookie contract — to a long-term deal. That makes sense. Awful teams aren’t usually in a hurry to give a ton of money to players who’ve helped make them that way. Jacksonville took Luke Joeckel with the second overall pick in April, so it has its left tackle of the future.

Why Jacksonville wouldn’t do it: Because Monroe is a 26-year-old, reliable left tackle whom the Jaguars could probably sign to a moderate deal this offseason. That’s really it, though. Monroe is a first-round pick from a previous regime, and the Jaguars might be historically bad. They don’t have a lot of reasons to stand pat.

Why Miami should pick up the phone: The Dolphins’ biggest hole is clearly on the offensive line. Ryan Tannehill has been sacked 14 times, and on 11.5 percent of his drop-backs — the most in the league by both measures. Bringing in Monroe would allow Miami’s Jonathan Martin to slide back to right tackle, where 31-year-old Tyson Clabo was never supposed to be more than a stopgap. Miami was looking to trade for Branden Albert before this year’s draft. This is a similar move.

Why Cleveland would do it: See Richardson, Trent.

Why Cleveland wouldn’t do it: Let’s start with Rob Chudzinksi saying he wouldn’t. That’s one reason. Another is that trading Gordon isn’t equal to trading Richardson. I can understand where a new regime/coaching staff could see Richardson as a player who doesn’t fit into its offensive plans. Gordon fits any offensive plan. The motivation here is supposedly from Joe Banner, and I’d have to guess it has to deal with Gordon being one strike away from a yearlong substance-abuse suspension. There’s a reason Gordon left college to enter the supplemental draft, and we’re already seeing that.

Why New England should pick up the phone: Tom Brady hasn’t had a field-stretching wide receiver since Randy Moss was alive. Gordon is undeniably talented and crazy fast. He’d be the best wide receiver on the Patriots’ roster tomorrow, and that includes Danny Amendola. The drawbacks are that the challenges of learning New England’s playbook are even more considerable than they’d be with most teams, and Gordon is close to missing an entire season. That being said, the Patriots have a history of trading for an awful franchise’s problem wide receiver. I’d say it worked out that time.

This trade needs to happen, if for no other reason than I don’t want to see what Tom Brady is capable of doing to Aaron Dobson.

Why the Vikings would do it: Allen is 31 and in the final year of his contract.

Why the Vikings wouldn’t do it: Allen hasn’t had fewer than 11 sacks in a season since 2006. He’s consistently one of the best pass-rushers in football. Also, Minnesota went to the playoffs last year. Next season likely means a new quarterback in Minnesota. Combine that with Adrian Peterson, Cordarrelle Patterson, a very good offensive line, and a lot of young talent on defense, and the Vikings may not be that far away.

Why the Falcons should pick up the phone: Five sacks against the Dolphins doesn’t really count. Atlanta’s pass rush is still a problem, and Allen would provide an instant impact for the defense. If there’s one position that’s close to scheme-independent, it’s the guy tasked with getting after the quarterback in a 4-3.

Why the Eagles would do it: Graham is a former first-round pick who’s been relegated to a situational role with Philadelphia, and the Eagles’ move to a 3-4 defense isn’t going to help matters. Graham is a natural 4-3 defensive end, and he’s out of place right now. The Eagles have a long way to go on defense. Trying to move a sparingly used player for a pick would be a start.

Why the Eagles wouldn’t do it: I have no idea, which anyone who has listened to the Grantland NFL Podcast knows. I’ve liked the idea of trading Graham since the preseason.

Why the Bears should pick up the phone: Chicago’s pass rush has been awful, and now it’s without Pro Bowl defensive tackle Henry Melton for the rest of the season. Graham averaged the most hurries per snap in the league last year, according to Football Outsiders. With Melton out, it’s likely that Julius Peppers could see more time at defensive tackle in passing situations, and having Graham and last year’s first-round pick, Shea McClellin, on the outside is much more appealing than McClellin and Corey Wootton.

Why the Bills would do it: Byrd held out for the entire preseason, refusing to sign his franchise tender all summer before eventually caving. Part of Buffalo’s hesitation in re-signing Byrd is that the Bills don’t feel safety is a position that warrants the type of long-term financial investment Byrd wants (he’s looking to get paid like a top-five player at his position). Byrd has been hurt to start the year. The contract standoff from this summer means it’s unlikely Byrd returns to the Bills next year.

Why the Bills wouldn’t do it: Unclear. Do it! Please!

Why the Redskins should pick up the phone: Have you watched the Redskins? Bacarri Rambo may be a rookie, but Brandon Meriweather has no such excuse. Next year is the first season that Washington will be out from under the cap penalties handed down from the Albert Haynesworth deal, and a way to smartly use some of that money would be locking up an All-Pro player at the team’s biggest position of need.

Why the Panthers would do it: Gross is 33, and his contract restructuring from the offseason means that his deal is set to expire on the fifth day of the 2014 league year. He’s more or less in the last year of his contract, and unless Carolina thinks it’s a year away, getting something for a player on the verge of retirement doesn’t seem like a bad return.

Why the Panthers wouldn’t do it: Gross is still playing very well, and he’s said the only team he’d be willing to sign with after his deal is up is Carolina. The Panthers could probably keep him for a great price, pick a tackle in the next two years, and spend the next couple seasons easing into the transition.

Why the Broncos should pick up the phone: With Ryan Clady done for the year, Denver’s only real weakness appears to be at left tackle. Replacement Chris Clark played very well against Lamarr Houston on Monday night, but Gross is a proven commodity. Denver has the inside track to the Super Bowl right now, and bringing in a proven left tackle as a one-year rental would be a perfect way to keep it. You can replace “Denver” with “Seattle” in that last sentence, and the point stands.