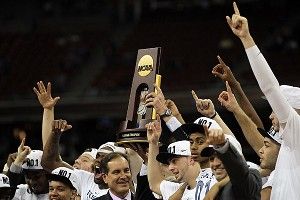 You’ve seen the Grantland Staff brackets. You’ve ripped up your own after this Fab Melo news broke, then pretended you hadn’t even filled it out yet so phew THAT’S SOME LUCK, right? Now you can (start over again and) play along with other Grantland readers.

We’ve set up a tournament challenge group for the Friends of Grantland. (And by “we,” I mean a very nice dude named Andrew, because some of us were on the phones with our dads, making jokes about Larry Eustachy.) Enter! Join in the fun! Compete against other FoGs! Winner gets … probably something? I don’t know. I think we’re kinda low on snacks. I’ll figure it out.