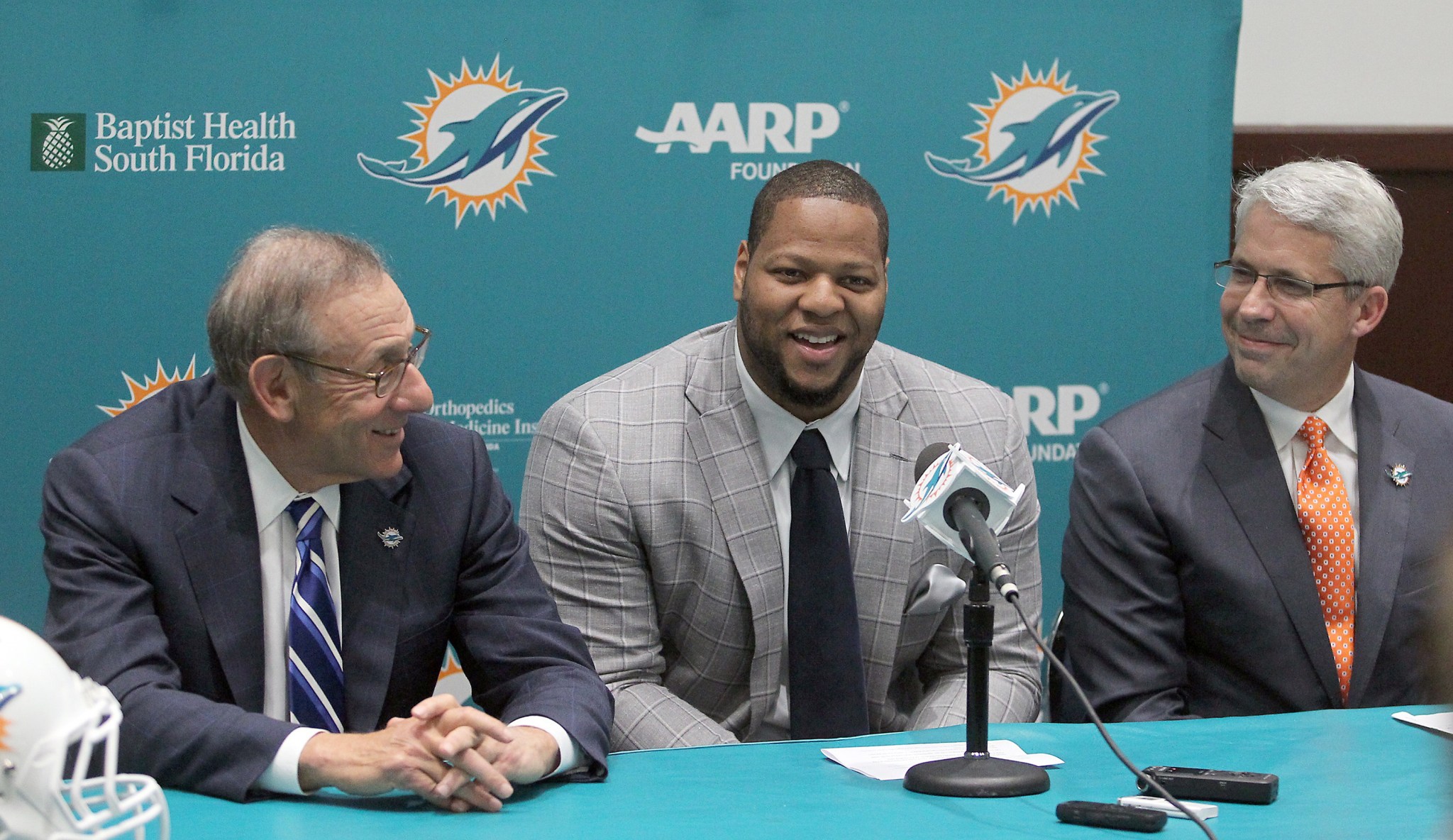 I understand why Roger Goodell is still employed, sure. He is a useful goon for the NFL owners. He’s the easy target out front who can take the heat for all the policies and practices that the owners cosign. He may never be fired, because competence isn’t really the point. I get that.

But every now and then you get a reminder of who we’re really dealing with, and it’s just … wow. The most profitable sport in America is really run by a belligerent Michael Scott.

It’s amazing. One day I will tell my kids about Goodell, and they won’t even understand how ridiculous it really was. But something like this week’s free-agency controversy might help them get the picture.

Let’s start from the beginning.

Three years ago, the NFL decided it wanted to curb the potential for illegal tampering leading up to free agency, so it gave teams a three-day window to negotiate with player agents before free agency officially begins.

This week, most of the biggest deals had already been put in place by the end of that three-day window. Ndamukong Suh was going to Miami. The Chiefs were signing Jeremy Maclin, the Eagles were getting Byron Maxwell, etc. The NFL didn’t like this.

It all led to an angry memo on Monday from the league office to all 32 teams: “Clubs were advised of the rules for the three-day negotiating period. … These rules include limitations such as that a club cannot make an ‘offer;’ or enter into a written or oral agreement of any kind, express or implied, or make promises or representations of any type concerning the terms or conditions of employment to be offered to any Unrestricted Free Agent for inclusion in a Player Contract after the start of the new League Year; or provide assurances of intent as to the future execution of an NFL Player Contract.”

Now? The NFL is investigating teams that successfully negotiated during the negotiating period the NFL invented.

According to the league, those three days were supposed to be a way for teams to meet player representatives, but not actually have meaningful discussions. Teams are supposed to not only abide by the rules, but trust that every other team will abide by the rules. Shockingly, not all teams took that leap of faith. Now there will be an investigation.

It doesn’t stop there. Wednesday night, Mark Maske of the Washington Post reported that the league was even considering voiding any contracts that were agreed to during the three-day window. His source called it “possible,” then added there was a “very slim chance.” But even the suggestion is insane enough to prompt a double take.

What world do these people live in? Best-case scenario, voiding contracts would result in the exact same deals being signed. Worst-case scenario, it screws teams and players. It would be like punishing jaywalking by making someone walk through traffic.

Meanwhile, voided deals or not, the Dolphins were “in the crosshairs” of the league office, and before Suh signed Wednesday, there was consideration that the numbers on his contract would be changed to contradict earlier reports and avoid punishment.

Even agents are baffled by all of this.

Isn't discussing parameters the definition of a negotiation? Just change the rule NFL, this is getting petty and a tad annoying.

It’s all happening because of TV money, which makes sense. If there’s one thing that’s dictated almost every decision Goodell has made as commissioner, it’s TV money. TV money is why he’s bulletproof with the 32 owners. Now, according to Pro Football Talk’s Mike Florio, “The league office doesn’t like the fact that multiple tentative deals were reached and reported over the weekend, which undermined the plan to showcase the signing frenzy via a major push from NFL-owned TV and Internet properties.”

This may not seem like a big deal, and really, it isn’t. There’s a chance that one or two teams will be singled out with punishments, but whatever happens, all of this will probably blow over within the next week or two. It’s a footnote next to a free-agency period that somehow gets a little crazier every day.

This controversy matters only because it captures almost everything that makes Goodell such a terrible commissioner.

All of this talk of illegal oral agreements reminds me of when the NFL negotiated an uncapped year into the last CBA. When that year arrived in 2010, Goodell and owners agreed to create a secret salary cap to avoid driving up salaries. When teams broke that unwritten rule, they were decimated with future cap penalties. Only Goodell could have seen that as justice, not obvious and very public illegal market control.

It’s the same special combination of arrogance and delusion that defines every Goodell controversy. But mostly, it’s all basic incompetence.

If people at the league office really wanted to make Tuesday a daylong signing extravaganza for TV, all they had to do was eliminate this year’s negotiating window. They didn’t, and somehow that’s the teams’ fault? That’s perfect. Just like concussion concern can be solved by punishing players, and it’s Ray Rice’s fault that he didn’t get suspended for longer. If Goodell were president, he’d solve global warming by suspending the icebergs.

I don’t even get mad anymore. This shit is amazing.

The 10 Worst Free-Agent Deals (So Far)