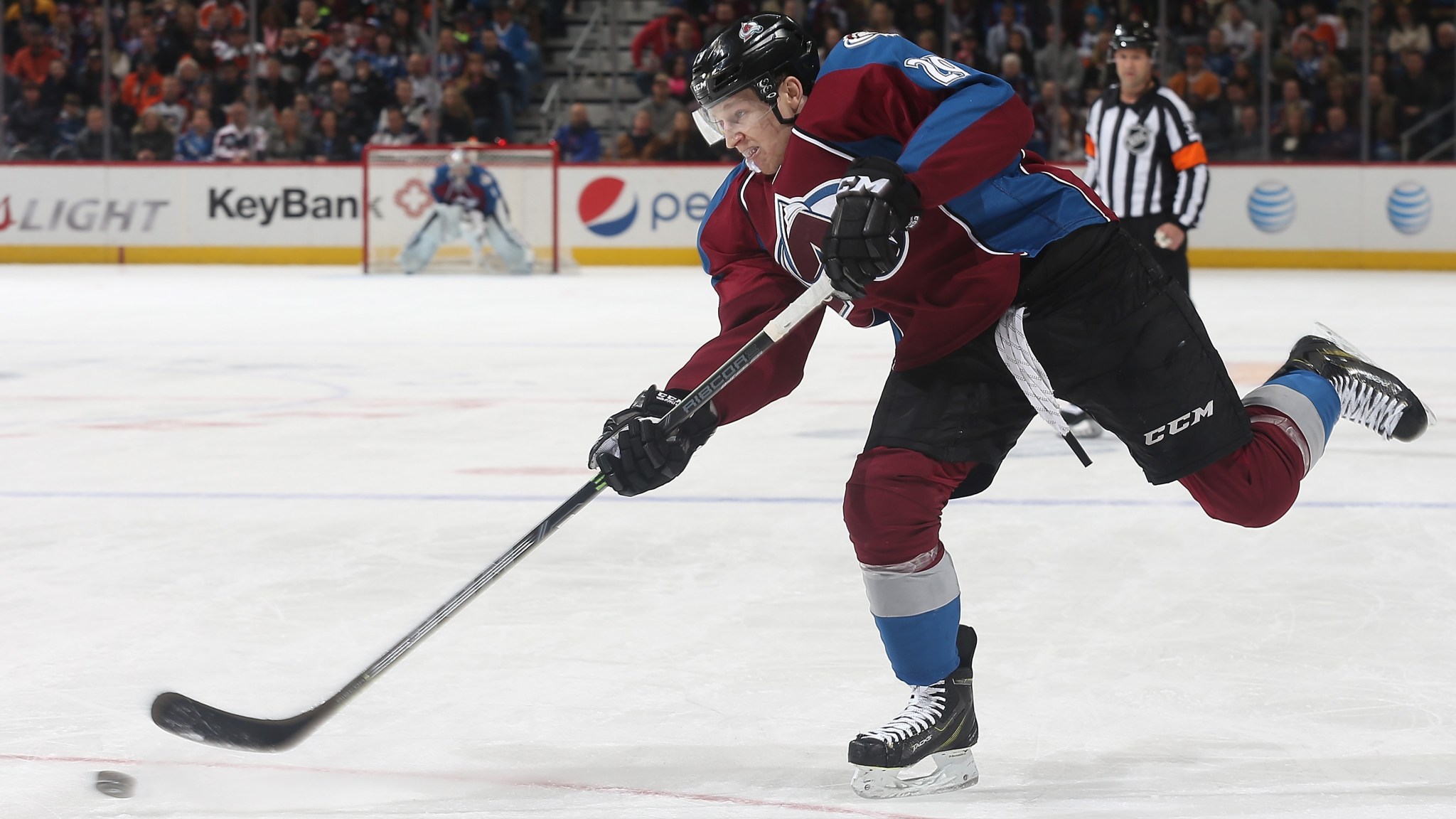 Via Reddit, here’s Justin Azevedo and Jan Kovar reenacting my daily attempts to drop my son off at day care.

The second star: This Wild fan

He’s either spelling Clinton-Dix’s name wrong, or this was the week’s best trolling effort that didn’t involve Roberto Luongo.

The first star: The Vancouver Canucks

It’s one thing to troll an NFL team. It’s another to do it to your former goalie. Here’s the Canucks offering Luongo’s game-worn gear from last year’s Heritage Classic for sale:

You’ll notice that’s “game-worn,” not “game-used,” since this was the game in which the Canucks snubbed their star, helping lead to his eventual trade to the Panthers shortly thereafter.

And yes, he noticed:

@VanCanucks @Canucksforkids great deal here for a great cause! Plus they're like brand new, never been used…….

The outrage: He celebrated wrong!

Is it justified? Well, to be honest, the outrage here is pretty much all coming from Berra’s opponents, the Chicago Wolves, who didn’t appreciate seeing him do the now-traditional bench high-five routine that all goal scorers are obligated to perform. Wolves forward Colin Fraser gave him a shove, and after the game, coach John Anderson complained that “You’re in the other team’s building. You can’t show them up like that.”

Meanwhile, everyone else in the hockey world did what they normally do in this situation, which is to defend the celebration and make fun of anyone who complained about it. It happened with Alexander Ovechkin’s hot stick, it happened with Nail Yakupov’s mad sprint, and it’s happening now for Berra. And that’s probably about the right response. Goalie goals are exceedingly rare and very cool, so if you manage to score one, go ahead and have some fun with it.

But since we’re on the topic …

Is anyone else tired of the whole “high-five the whole bench” thing? It was cute when little kids did it. It was probably necessary when junior kids started doing it, since otherwise their first instinct is to do a header through the nearest pane of glass even though it’s 7-1. But grown men in the NHL? After every single goal? That seems a little much.

And yes, this take firmly puts me in cranky-old-man territory. I think I’m OK with that. Besides, some NHL teams have even scrapped the celebration. Plus Mike Modano agrees with me, and that guy didn’t just fall off the stretcher yesterday.

And I know this can all come across like a war on fun. So how about this as a compromise: Goalies who score goals get to high-five the bench, but nobody else does. Who’s with me? High five!

This week’s obscure player is former Bruin defenseman Jon Rohloff. He was a ninth-round draft pick who played parts of three seasons in Boston from 1994 to 1997. He appeared in 150 games, scored seven goals, and never played in the NHL again. That’s it. That’s pretty much his whole story. His career was so unremarkable that one of the top results when you search his name on YouTube is a clip of him losing a fight in a video game.

Well, not exactly an All-Star, since he wasn’t picked for the actual game. But back in the mid-’90s, the NHL briefly experimented with a new format for the skills competition. Rather than just using players from the All-Star rosters, the league had every team hold its own competition, and then invited the top scorers to compete in the main event. It was a cool idea in theory. In reality, it occasionally got you guys like Jon Rohloff.

Rohloff managed to win the Bruins’ hardest-shot competition, and his score held up to earn him an appearance at All-Star weekend. That year’s game was held in Boston, which allowed him to soak in a deafening “Wait, should we have any idea who that is?” murmur from the Garden faithful.

Here’s a terrified-looking Rohloff, who will be played in the movie by Matt Damon, taking his two shots and then awkwardly heading back to the bench as the announcers completely ignore him. He didn’t win, but he did manage to beat out fellow All-Star legend Ed Ward.

This week’s debate: According to reports, the NHL is expected to announce details of the next World Cup of Hockey this weekend. And one major change may be the teams involved; in addition to traditional Big Six hockey countries and a new team made up of players from the rest of Europe, there’s also talk of having a “Young Guns” team featuring players 23 and under from across the league. Is that a good idea?

Opposed: No, it’s not remotely “awesome.” It’s a ridiculous idea. This is an international tournament, one with a rich history and a direct lineage to the Canada Cup that debuted almost 40 years ago. It’s supposed to feature country versus country, not silly gimmick teams.

In favor: Seriously, that’s so great. Kudos to whoever came up with it.

Opposed: You mean the marketing firm that probably convinced the league this was a good idea? It doesn’t make sense. The tournament format doesn’t even need eight teams — you could easily run it with six or seven.

Opposed: Wait … you think this is a joke?

In favor: It’s clearly a joke. Come on … a 23-and-under “Young Guns” team? In a prestigious international tournament? The NHL does a lot of ridiculous things, but even it wouldn’t go that far.

In favor: But really, what’s the actual format? I’m ready to start the debate.

In favor: Is the part about expanding the field to eight teams true? We could argue about that.

Opposed: Did you even click the link in the intro?

In favor: I did. It was hilarious. Was it from The Onion?

Opposed: No, it wasn’t. This is a real thing that has a good chance of happening.

In favor: They can’t possibly be serious.

In favor: Well I can’t be “in favor” of that. Get somebody else to do the debate.

In favor: I don’t know. Somebody who’s dumb but doesn’t realize it, loves to argue just for the sake of it, and has ridiculous opinions that no rational person would ever support.

Everyone Under the Age of 23: Hi, we’re the Young Guns and we’re here for the debate.

The final verdict: This is a terrible idea, and the Young Guns will probably win the whole tournament just to spite us all.

It’s All-Star weekend, with many of the league’s best players headed to Columbus. It will be a short trip for the three Blue Jackets who were selected to play, and there’s no doubt that the home fans will be hoping they put on a show. They might — but they’ll have a long way to go to top one of the great hometown performances in All-Star history.

• It’s January 21, 1990, and we’re coming to you from Pittsburgh, where the 41st annual NHL All-Star Game is about to be played, if this state-of-the-art computer graphic is to be believed, inside of a hollowed-out half of a disco ball.

• Our starting goaltenders are Mike Vernon of the Calgary Flames and Patrick Roy of the Montreal Canadiens, and you know what that means: FIGHT! FIGHT! FIGHT!

• Just kidding, nobody fights in an All-Star Game. Or hits. Or back checks. Or cares.

• It takes just 21 seconds before Mario Lemieux opens the scoring, sending the Pittsburgh crowd into a frenzy. Uh, might want to pace yourself, guys. You’re in for a long night.

• Our next highlight comes from the midway mark of the first. Lemieux gathers a loose puck in the neutral zone, carries it in over the blue line, and beats Vernon with a wicked blast from the top of the circle. The league notices that fans seemed to enjoy that, and immediately makes All-Star Game slap shots illegal.

• By the way, that’s Marv Albert. He’ll be right at home calling this game, since he’s used to a sport where 50 percent of the shots go in.

• We skip ahead to the 17-minute mark of the first, with the Campbell Conference already down 5-2. We get a look at a helmetless Doug Wilson, who’s probably trying to figure out how his team can turn things around by stripping Wayne Gretzky of his captaincy while doing absolutely nothing else.

• And now comes the most memorable goal of the game, as Lemieux scores his third of the night on a beautiful toe drag and backhand move that nobody else would probably even think to try.

• By the way, that’s Maple Leafs defenseman Al Iafrate helplessly sliding by in a futile attempt to poke check Lemieux. This was the night after Iafrate won the first-ever hardest-shot competition while refusing to take off his helmet because he didn’t want us all to see his bald spot. As a Toronto fan, I thought he was the coolest player in the world right up until this moment. This is why Leafs fans can’t have nice things.

• Our referee for this game is Kerry Fraser, who’s no doubt spending the entire time hoping that Lemieux doesn’t flip out and attack him.

• We skip ahead to the third period, just in time to see Lemieux score his fourth of the night. Somewhere, 10-year-old Joe Thornton’s attempt to watch the game is interrupted by his parents telling him to go to his room if he’s going to do that.

• We get a lingering shot of Gretzky, because Lemieux has just tied his single-game goals record (which Gretzky set seven years earlier in the John Garrett game). This was considered an amazing feat for exactly one more year, until Vincent Damphousse did it in the 1991 game and we all just kind of realized that the All-Star Game was ridiculous.

• A young Doc Emrick is with Lemieux, who unsurprisingly has just been named the All-Star MVP, and wants to know who Lemieux is going to give the car he just won to. Lemieux replies that it will probably be one of his two brothers, or maybe one of the kids he abducted years earlier.

And that’s the end of our clip, as Emrick throws it back up to Albert, who reminds us to stay tuned for the Bob Hope Classic. Because remember, kids, 25 years ago we had Bob Hope, Johnny Cash, Steve Jobs, and slap shots in All-Star Games.