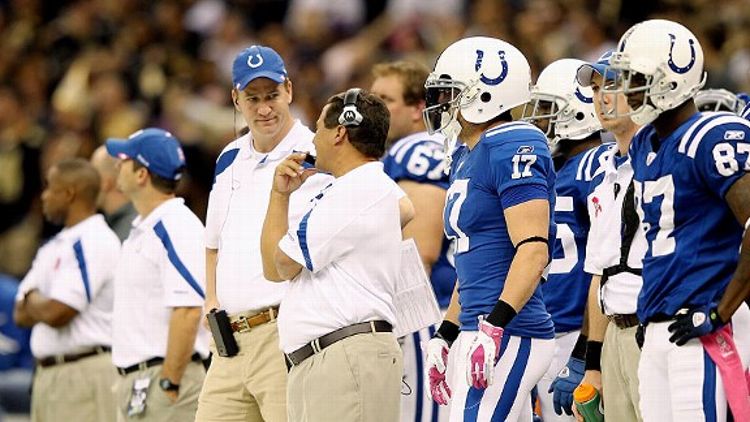 Hey you, yeah you with all the disposable income. You know what stimulates the economy? Casual sports gambling! But we’re not throwing you in the deep end without some floaties, here. The Triangle has contracted two of Vegas’ most astute handicappers to help you navigate the choppy waters of gambling, going into this 12th week of the NFL season. Here’s what they had to say.

Buffalo Bills at New York Jets — UNDER 42.5
The Bills are struggling mightily on offense, and any improvement is doubtful against the stout Jets defense. Key injuries to Fred Jackson and Steve Johnson don’t help. As long as Mark Sanchez avoids another pick-six, this one should safely go under the total.

Carolina Panthers at Indianapolis Colts — OVER 44.5
What a transformation for this Carolina franchise this season, as they couldn’t get out of their own way on offense last year. Meanwhile, the Panthers defense is absolutely sieve-like right now with zero interior to stop the run, while decimated at the linebacker position. With two weeks off, one would think the Colts can muster some sort of an offensive game plan that’s not heavy on screens and more screens.

Minnesota Vikings at Atlanta Falcons — UNDER 44.5
The Raiders game plan last week on defense was to stop running back Adrian Peterson at all costs. Well, Peterson is highly doubtful this week and Toby Gerhart is an under player’s dream. An improving Atlanta defense against a rookie quarterback on the road should keep the Vikings off the board. Once the highly-favored Falcons get the lead, they love to pound their running backs and bleed the clock.

From Bryan Leonard:
Now 20-12-1 on the season. You can follow all of our sports selections at FootballWinners.com

Houston Texans at Jacksonville Jaguars — UNDER 37 1/2
The Texans are without Matt Schaub, which should limit the downfield passing attack. Even with their starting quarterback the first time around, these two went under the posted total by 3 points. The Texans defense has been outstanding as of late, holding the opposition to 9, 12, 14 and 7 points the last four games. Jacksonville has had just one game all season surpass 38 points. This is a team that needs to win with defense, and being divisional rivals, they know this Houston offense very well. The Jaguars have scored 17 or less in all but one game all season and have yet to reach the 21-point mark.

Denver Broncos at San Diego Chargers — OVER 43
The Broncos are an ugly team offensively but they have produced 72 total points in the last three games. If they can reach 20 here, this game will fly over the posted total. Defensively, Denver has faced some pathetic offenses as of late, including the Jets and Chiefs the past two weeks. Say what you will about this San Diego team but offensively, it is far superior to New York and Kansas City. History shows point totals of 53, 61, 49, 35, 57, 73 and 77 points the past seven meetings. This number is too short based on the Tebow phenomenon.