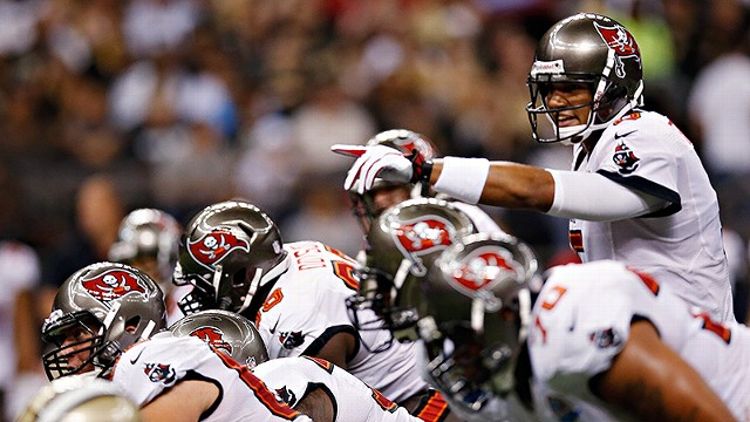 When Barnwell and I decided to start this project — going team by team for our NFL preview — we knew there would be a few spots that got a little rough. This might be hard to believe, but neither of us is too high on the Raiders. But among all 32 NFL teams, I don’t think there’s one that we’re collectively higher on than the Bucs. From the return of last year’s pair of injured star guards (18:54), my never-ending love for the Tampa Bay run defense (22:50), and our joint love for the Darrelle Revis trade (26:00), it’s safe to say we like the 2013 Bucs.

For as much excitement as we’re harboring about the Bucs, there’s one area of concern heading into the year, and it’s something we spent a majority of the Tampa Bay section focusing on — Josh Freeman. Barnwell wrote earlier this summer about how much Freeman has at stake this year, and below is our conversation about the 2013 Bucs hinging on the performance of their often unreliable quarterback:

Barnwell: [The Bucs] really were a team that was underrated through their first six games [last year]. I remember being on Simmons’s podcast around Week 4 or so, and we were talking about teams that were overrated and underrated. I said the Cardinals were overrated because they were 4-0 at the time, and I said the Buccaneers were underrated.

I looked smart for a few weeks because they went on a four-game winning streak. They beat the Vikings, beat the Chargers, and beat the Panthers — beat the four teams they were supposed to beat. And they were well positioned for a playoff spot. Unfortunately, they lost their next five games. And during that five-game stretch — they played the Falcons really tough and lost a nail-biter, but after that, Josh Freeman just went south very quickly.

Mays: It wasn’t a good stretch. We spent most of the second half of last season coming up with various theories as to why Josh Freeman fell off. Some of those cannot be repeated on this podcast.

Mays: Yeah, we’re trying to keep it clean here. But it was surprising to see, and it’s definitely informed the way we watch this year. You wrote about this a few weeks ago, but I don’t think anyone in the league has more at stake than Josh Freeman.

Barnwell: Absolutely. The difference between a good season for Josh Freeman and a bad season for Josh Freeman is going to be not only about $25 million in guaranteed money on his next contract, but it’s going to define the rest of his career path. If he plays well this year, if he can avoid having that four-game stretch he did a year ago, he’s going to get a pretty decent contract, he’s going to bet on himself and get $25 to $30 million in guaranteed money. If he doesn’t, he’s going to leave the Buccaneers and be that second-tier starter, upper-echelon backup kind of guy like Jason Campbell or Matt Moore. And he’s going to be bouncing around the teams that have no chance to win for the next couple years, or he’s going to be a backup on good teams. That’s not a very fun life. You’d rather be a starter and make a lot of money. Maybe alongside Jay Cutler as 1a, Josh Freeman has the most riding on this season.

Mays: There’s no doubt. It’s a situation in Tampa like the one in Chicago, where they’ve taken away all the excuses. They have a very good offensive line, a rookie running back from last year who was very good. They went out and signed Vincent Jackson. They just gave Mike Williams a lot of money. They think they have the other pieces, and we’re going to see if Josh Freeman is the guy.

This was all recorded before the news about Carl Nicks’s infected toe blister (which is nasty, both in general and for the Bucs), but I think the point here is that we’re pretty excited about this year’s Buccaneers. The podcasts continue tomorrow with the AFC North, and while there may be less of a consensus between us about the teams in that division, Geno Atkins is something we can all agree on.