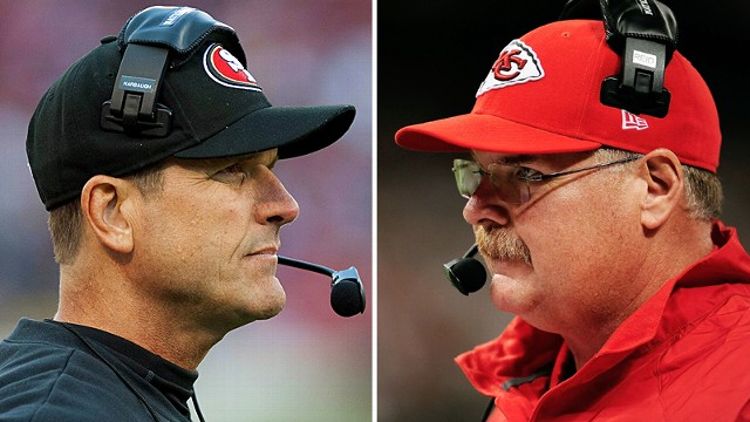 No one should be surprised that NFL front offices are full of men who think they’re the smartest guys in the room. Even if you throw out all the testosterone (which you probably shouldn’t), it’s a league with a fairly even playing field, in which success is built on schematically staying one step ahead of everyone else. It’s also a place where Bill Belichick is the ultimate symbol of success. Egos are encouraged.

The latest instance involves a rarely seen swap of epic failure. Earlier today, the 49ers traded 2012 first-round pick A.J. Jenkins to the Chiefs for Kansas City’s 2011 first-round pick Jonathan Baldwin. Both were drafted with the idea that they’d slide in opposite the no. 1 receiving options already in place for both teams, and, well, let’s just say that never happened. The best things that can be said about Baldwin with regard to this trade are that it took two full years for Kansas City to give up on him, and his 41 career receptions are exactly 41 more than Jenkins’s total. When Jenkins went without a catch for the Niners as a rookie, a frequent take was that the 49ers were so good on the personnel side that they could afford for a first-round pick to go an entire season without contributing. What we’ve learned since is that it didn’t take long for them to learn Jenkins was no good.

Following Jenkins’s catchless season, in which he was also inactive for a handful of games, the Niners traded for Anquan Boldin. When Michael Crabtree tore his Achilles earlier this year, it seemed like Boldin would slide into his role while Jenkins assumed duties as the no. 2 receiver. A disastrous training camp/preseason opener later, Jenkins is headed to Kansas City.

Baldwin started his NFL career by fighting Thomas Jones during training camp and missing the rest of his first preseason after hurting his wrist … while fighting Thomas Jones during training camp. With a new regime in place for the Chiefs, anyone with any loyalty to Baldwin is now gone, and the chance to get anything in return was apparently enough for John Dorsey and Andy Reid.

Pedigree has long played a role in how many chances NFL players get. Whether it’s Jason Smith, Aaron Curry, or Amobi Okoye, teams have consistently shown a willingness to scoop another team’s bust in the hopes that their staff is the one that can unearth the potential everyone once saw — as evidenced by Harbaugh’s initial comments about the trade:

Harbaugh on Baldwin trade: “Feel like it’s a fresh start for both young men and hopefully it will be a positive for both of them.”

It’s not likely that either team is banking on Jenkins or Baldwin to play a large role with just a few weeks of preparation, but I’d be shocked if part of the thinking from each side weren’t rooted in the confidence that they’d just fleeced the other. So congrats, Jim Harbaugh and Andy Reid, for continuing the never-ending ego-measuring contest that is NFL reclamation projects. We can always count on someone to make it happen.