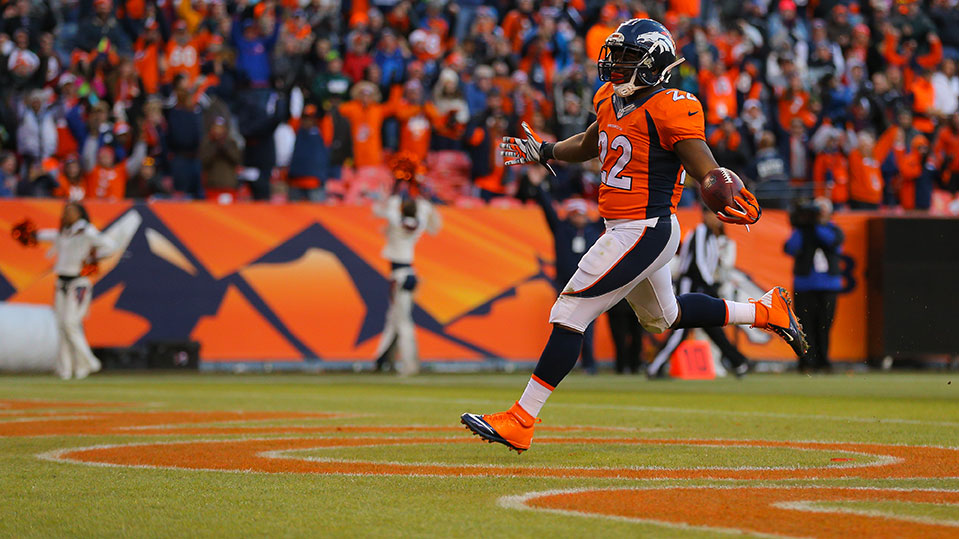 You know Tom Brady, Dez Bryant, Richard Sherman, and all the marquee stars of the teams left in the playoffs. But whether it’s because of an individual’s unique importance to a particular scheme or a weak point the opposition will look to exploit, a number of other players could have an outsize impact on whether their teams advance to the conference championship. Here are the eight guys who might swing the NFL playoff picture this weekend. 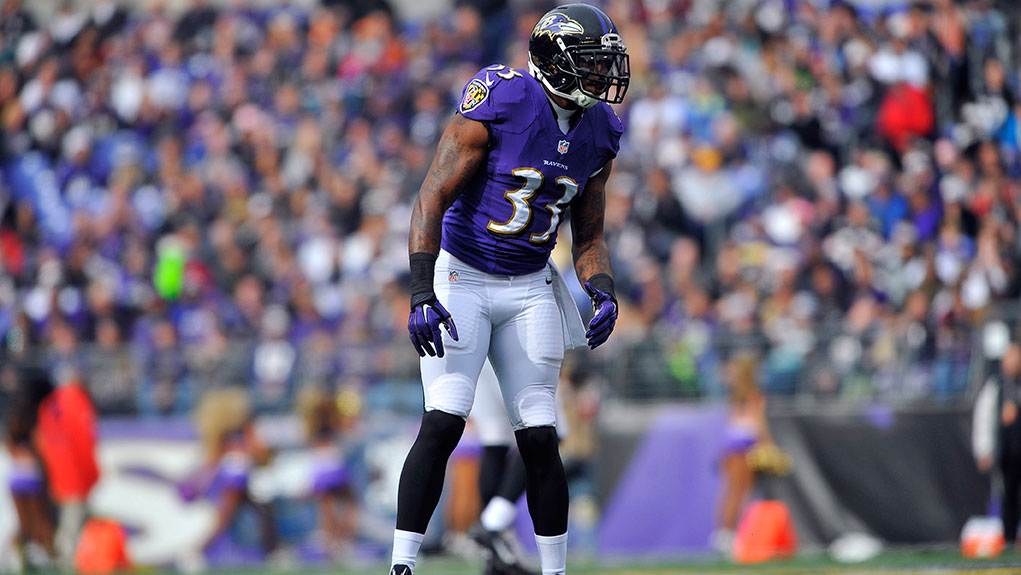 Baltimore’s experience with Hill this season is a worthy next chapter in “How Football Teams Come Together Is Often Dumb Luck” history. In 2013, the Ravens used their first-round pick on Florida safety Matt Elam. Billed as the replacement for Ed Reed, Elam struggled whenever given the chance at free safety. In July, Baltimore signed Hill, the former Giant and former Gator, who’d gone undrafted in 2012. Hill had actually been a pleasant surprise for the Giants — when he got on the field — but after violating the league’s substance abuse policy three times, New York let him go.

Hill’s most recent violation earned him a six-game suspension to start the year, but once he was activated, it took him just two weeks to supplant Elam as Baltimore’s starting free safety. With injuries hobbling Lardarius Webb all season, Hill has emerged as the most consistent force in an otherwise depleted Baltimore secondary, and this week, he’s going to have his hands full.

The Ravens won’t leave the task of covering Rob Gronkowski solely to Hill. Daryl Smith and C.J. Mosley — Baltimore’s duo of more-than-capable inside linebackers — will provide some help underneath, but on those avalanching runs down the seam that make Gronkowski such a defense-destroying nightmare, Baltimore will be asking a lot of Hill. And for as much as the Patriots will probably try to take advantage of Baltimore’s deficiencies on the outside, the New England passing game still revolves around Gronk. Turning him into something resembling an average tight end would go a long way toward a Ravens win.

After missing the final two games of the regular season, Connolly should be back at left guard for the Patriots this weekend. Getting to roll with the offensive line they’ve had most of the season could be a major break for New England, especially against a pass rush that ripped the Steelers apart last week.

The Ravens pass rush is so scary because of how their secondary pass-rushers can take advantage of mismatches inside. Pernell McPhee, who’s technically a linebacker but really plays somewhere between defensive end and linebacker, is a problem for guards, and expect to see him lined up over Connolly often. While Nate Solder hasn’t had his best season at left tackle, New England’s strength as a pass-blocking line remains on the outside. The Ravens will do everything they can to take advantage of the Connolly–Bryan Stork combination on the interior of the New England offensive line. 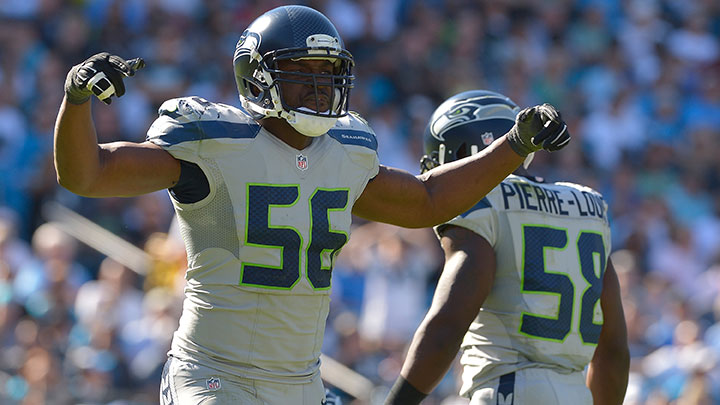 If the Panthers are going to have a prayer of moving the ball in Seattle, it’s going to happen on the ground. But not even that is easy against the Seahawks, as Seattle actually finished the season ranked higher in rushing defense DVOA than passing defense DVOA. Running straight at the Seattle front hasn’t worked out very well for teams, but based on some of Carolina’s success of late, the Panthers’ plan figures to be slightly different.

Against the Cardinals, another run defense that’s had some success over the past few seasons, Carolina’s game plan involved a lot of runs on the perimeter of the defense. Along with a couple of speed sweeps, there were a bunch of Jonathan Stewart runs that pressed the gaps outside and put a lot of stress on edge defenders who’d rather be trying to get after the passer. Michael Bennett is among the best run-defending edge players around, so the Panthers would be better served by running at Avril as often as possible. That could mean more Stewart on plays aimed outside or Cam Newton pulling the ball and running himself — whatever it might take to exploit Seattle where it’s weakest on defense.

It’s not easy to envision a version of this game that ends in a Panthers win, but that hypothetical definitely involves a bunch of turnovers going Carolina’s way. Seattle finished the year as one of the most efficient rushing teams in NFL history, and against the Panthers run defense,1 the Seahawks are likely to try to ride a combination of Russell Wilson and Marshawn Lynch to the NFC Championship Game.

When the Seahawks do have to pass, that’s when the Panthers defense will have to make its plays. Seattle’s weakness on offense, just like last season, is its pass protection. No team saw pressure on a higher percentage of its dropbacks than the Seahawks. Part of that stems from how long Wilson holds on to the ball, but that shouldn’t ease concerns over the idea that the Seahawks will be relying on a rookie right tackle against a red-hot Johnson this weekend.

While Johnson started the season off slowly while dealing with a hip flexor problem, he’s really turned it on over the past month. In the second half of the season, Johnson had 5.5 sacks and at least one sack or quarterback hit in every game — and that was before he added two more sacks last week against Arizona. Luke Kuechly and Thomas Davis playing well is a given in any Panthers win, but if Carolina is going to shock Seattle, Johnson may have to be the one heading the charge. 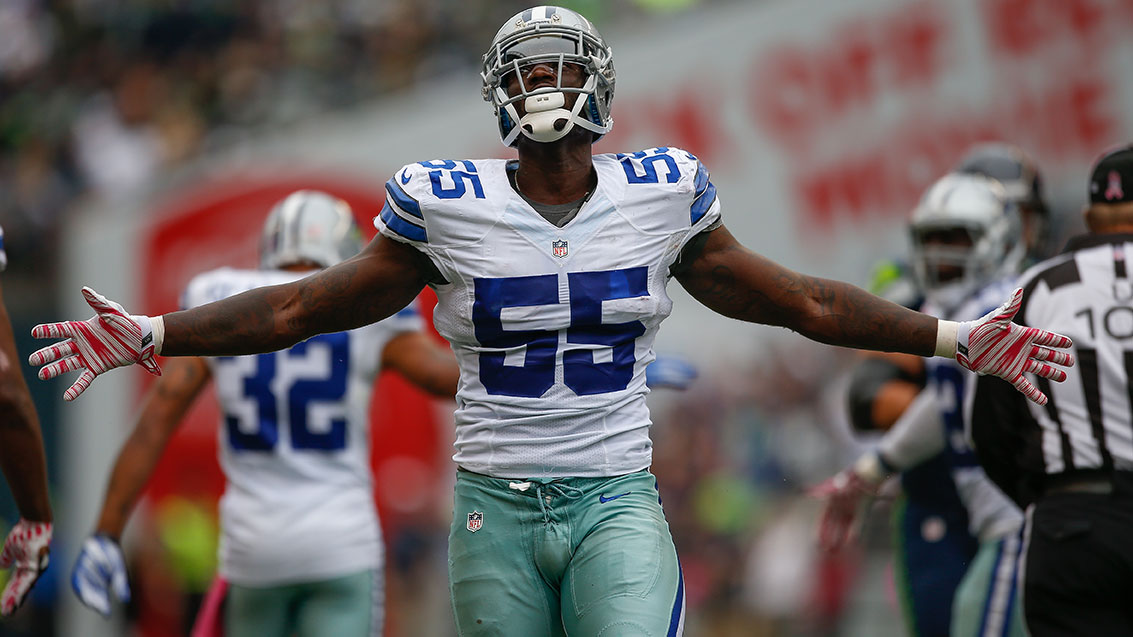 After Sean Lee was lost for the season, it looked as if middle linebacker might be the weakest spot on a potentially awful Cowboys defense. Turns out, it might’ve been the strongest. What McClain gave Dallas this season is pretty remarkable. The Cowboys are far from a good defense, but they’ve had stretches of respectability due, in large part, to the play of McClain. Like most defenses that have evolved from Monte Kiffin’s version of the 4-3, Rod Marinelli’s is dependent on the middle linebacker doing a little bit of everything — and McClain has.

He’s been reliable in pass coverage all year, but where Dallas will need McClain — who has been cleared to play after a concussion — the most on Sunday is against the run. Even with Aaron Rodgers not at full strength, Marinelli will likely trot out two deep safeties and dare the Packers to run. That puts a lot of pressure on McClain and the Cowboys defensive tackles to hold up inside. If they can, which would allow the rest of the defense to scheme around stopping Jordy Nelson and Randall Cobb, the Cowboys should have a fighting chance.

It wasn’t quite the payday guys like Aqib Talib or Dominique Rodgers-Cromartie got in the offseason, but Shields cashed in with the Packers last summer. The former undrafted free agent signed a four-year, $39 million deal with Green Bay — and now he gets to show why.

Based on the Packers’ struggles to defend the run at times this season, it might make sense for Dallas to go with a heavy dose of DeMarco Murray. But even with a hobbled Rodgers, there’s a good chance Green Bay will put up a bunch of points against that Cowboys defense. In order to keep pace, the Cowboys will need a whole lot of Dez Bryant.

Shields won’t be shadowing Bryant, but Bryant plays a healthy amount of snaps on the left side of the formation, where the former Miami Hurricane lines up. Tramon Williams will also have to deal with Bryant, but he’s been the better of Green Bay’s two outside corners this year, so it wouldn’t be a surprise to see more of Bryant on the left side come Sunday. 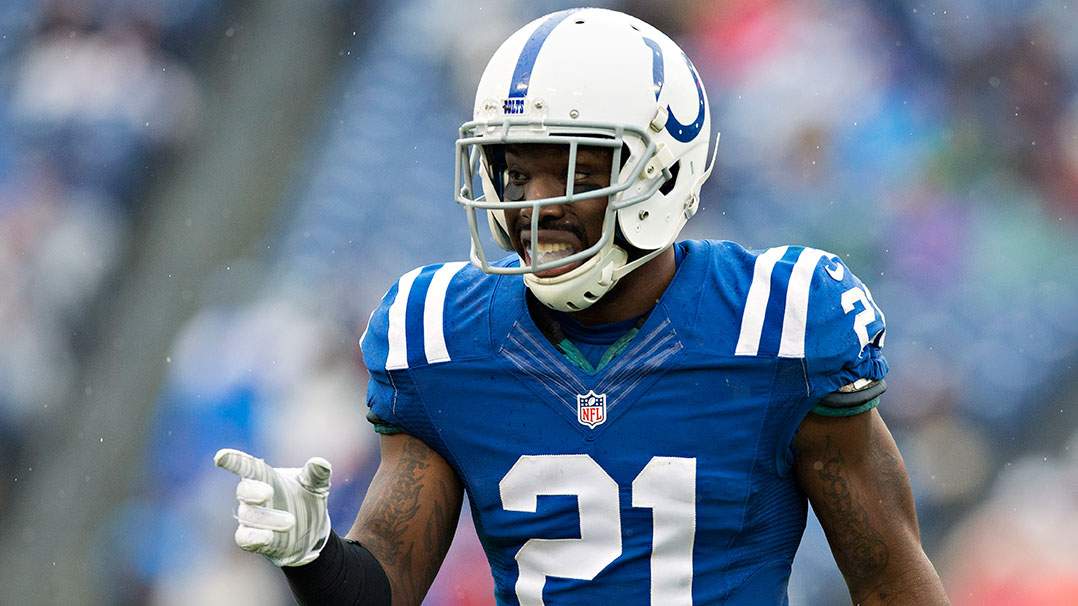 When the Colts traded for Davis, he was a fourth-year, former first-round pick who still hadn’t taken hold in Miami. The Indianapolis Star’s Zak Keefer touched on many of the reasons why in a story he wrote last month. “Davis couldn’t shake the siren song of South Beach,” Keefer wrote. “He was young. Wealthy. Living in Miami. He admits staying out too late, too often. His play was electric at times, erratic at others.” Thanks to Hard Knocks, the turning point of Davis’s career isn’t even a story that requires recounting. We’ve not only seen it, we can cue it up any time.

Now in his third season in Indianapolis and still just 26, Davis is the player the Dolphins hoped they were drafting in 2009. In exchange for a second-round pick, the Colts now have a corner who’s playing as well as anyone in football. He’s a cover man in a safety’s body, able to stick with a team’s top receiver while also playing the run whenever asked. Thanks to Davis, the Colts finished ninth in DVOA against no. 1 receivers, and that includes Antonio Brown’s 10-catch, 133-yard, two-touchdown game that Davis had to leave after only 11 snaps.

Without Robert Mathis, Davis has emerged as the Colts’ best defender, and outside of Andrew Luck, probably their most valuable player. Indy’s defense hinges on Davis’s ability to basically take the opposition’s best receiver out of the game. If Indianpolis wants to have a chance in Denver this weekend, Demaryius Thomas will need to have the same kind of day he had against Indy in Week 1: four catches for 48 yards on 11 targets. Slowing down the other elements of the Broncos offense will still be a lot to ask, but if the Colts do win Sunday, Davis will be a central reason why.

Even if Davis and the rest of the Colts secondary provide a speed bump for the Denver passing game, the Indianapolis defense still has Anderson to worry about. The running game — propped up by Anderson’s insane workload — has been the focal point of the Denver offense since just before Thanksgiving, and that isn’t likely to change against a Colts team that finished 19th in run-defense DVOA, compared to 10th against the pass.

Another high-volume day from Anderson can achieve two things for the Broncos: It creates a scheme-friendly way to attack Indy’s defense, and it lessens the weight on Peyton Manning’s shoulders.

Building the offense around Anderson wouldn’t necessarily mean handing him the ball 25 times, either. As good as the rest of the Colts pass defense has been, their linebackers have a rough time in coverage. Indy finished 31st in DVOA against opposing running backs, and Denver has already shown it’s willing to flip Anderson the ball when the situation calls for it. He has two games with at least eight catches this year, and he’s averaging a healthy 9.5 yards per reception.