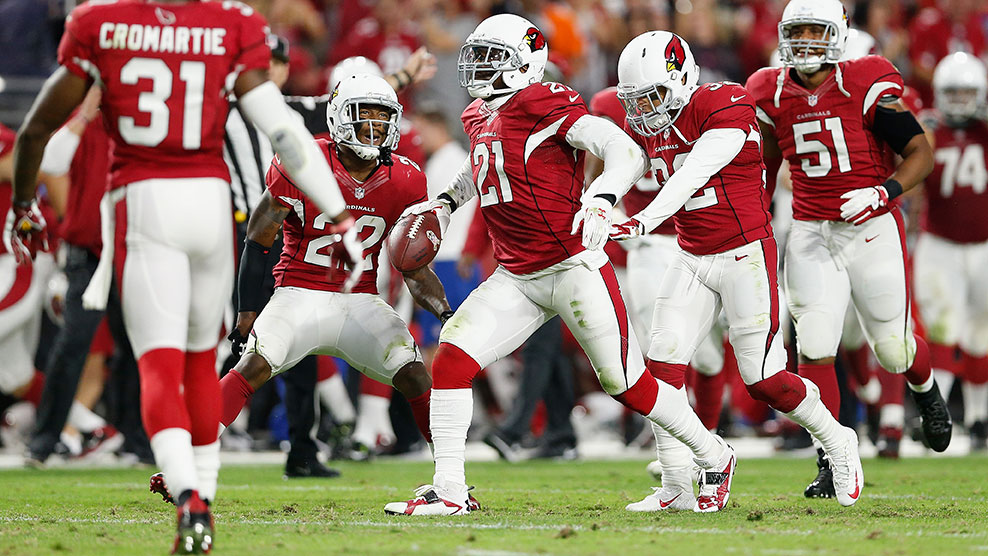 Another week, another opportunity to steal a concept from European soccer and apply it to American football.

In addition to the regular English Premier League table (read: standings), there’s also something called the “Club Form Guide,” which is another table, but one that only counts the last six games. A completely arbitrary endpoint? Sure. But basically, the form guide just shows which teams have been playing the best as of late. And it does so by listing each team’s recent results in consecutive, easy-to-understand, six-letter patterns. (Which led to this classic bit of Welsh humor from Newcastle United fans a couple of weeks ago. Poor Welsh people and their lack of consonants.) Does the form guide have any kind of predictive powers? Probably not. (Just look at where Newcastle are now.) But is it still fun to look at? You bet. Plus, it’s a nice way of summing up what’s happened over the past month or so.

With all of that in mind, why don’t we take the form-guide concept and apply it to the past five weeks of the NFL season.

A ton of ink has been spilled about Arizona this week. It’s the owner of a five-game winning streak and the best record in football.

A five-game sample is particularly kind to New England, considering that’s how long it’s been since that Monday Night Football thrashing in Kansas City. After leaving Arrowhead, Tom Brady went into a phone booth, Rob Gronkowski turned into Goro, and the Patriots have outscored their opponents 201-108.

If the goal here is to find the hottest teams in the league, the Patriots are who we’re looking for. Considering Carson Palmer’s misfortune, no team in football has its arrow pointing in a better direction than New England.

On Monday’s Grantland NFL Podcast, Bill Barnwell and I disagreed about the Lions. In his eyes, their four-game winning streak has involved a lot of luck, including some squeakers over toiling teams. While this is true, and especially so in regard to that fluky London game against Atlanta, Detroit’s win against Miami was even more decisive than the score suggests.

Detroit has gone 7-2 mostly without Calvin Johnson, one of the more important non-quarterbacks in football. After losing big-time offensive lineman Larry Warford against the Dolphins, they’re still not at full strength, but with the way this defense is playing and with Megatron’s return, this version of the Lions is the best one we’ve seen since about Week 4.

The Chiefs are a few bounces of the ball away from joining the Patriots and Cardinals at the top of this list. Kansas City got outplayed last week in Buffalo, but it’s won four of its past five. And of all these teams, K.C. is hurt the most when we only look at the past five games. The two-week stretch before was probably the most impressive two-week stretch for any team this year: a 19-point beating of the Dolphins and the aforementioned destruction of New England.

I still don’t get how Kansas City ever scores 30 points in an NFL game, but its defensive bounce-back makes sense. Since getting healthy, Justin Houston has been great, and the Chiefs are getting solid play from their corners. “Rush and cover” is usually a pretty good game plan. 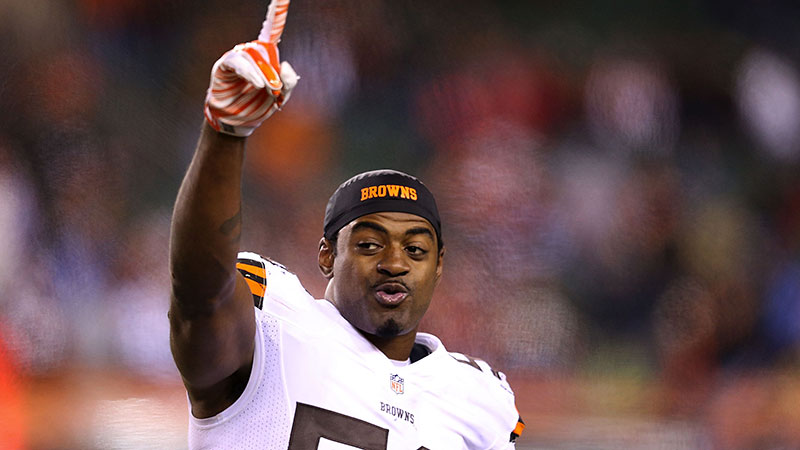 Cleveland’s four-out-of-five run is bookended by some convincing wins over reasonably good division opponents — a 31-10 blowout of the Steelers and the stealing of Andy Dalton’s soul last Thursday night — but the middle parts of that sandwich are far less convincing. Like olive loaf on fresh focaccia, or something.

Jacksonville’s lone win of the season was against Cleveland, and the Browns followed that up by beating the Raiders and Bucs by a combined 15 points. With Ryan Mallett and then a shaky Falcons team on the schedule, the next two weeks are kind to Cleveland. If the Browns can get to 8-3, they’ll have at least a one-game division lead as they get Josh Gordon back for a stretch run that includes the Bills, Colts, and Ravens.

Based on just about any measure, Philadelphia looks like one of the best teams in football right now. The Eagles have the best point differential in the NFC (plus-81) and have won four of their last five, while their two losses this season have been by a combined nine points on the road against the 49ers and Cardinals.

What’s strange, though, is how they’re doing it. Last year, Philly had one of the league’s best offenses. This year, they’re sitting 17th in DVOA, in part because their offensive line has been in tatters all season. Where the Eagles are actually dominating is on defense. Philadelphia is sixth in defensive DVOA after terrorizing Cam Newton and the Panthers on Monday night. Combine that with the NFL’s best special teams, and the Eagles are getting the kind of hidden benefits they didn’t have a season ago.

Indy has oscillated between looking like a contender and a team coasting to the playoffs thanks to nothing more than being in a bad division. The Colts host the Patriots in the game of the week on Sunday night, and that should help paint a full picture of what this team is.

It seems unfair that Denver is this far down on any ranking of anything at this point. Before landing in New England two weeks ago, the Broncos were on a path of absolute destruction. With a paper-thin schedule the rest of the way, outside of one more game against Kansas City and a trip to San Diego, there’s a very real chance that Denver doesn’t lose again in the regular season. 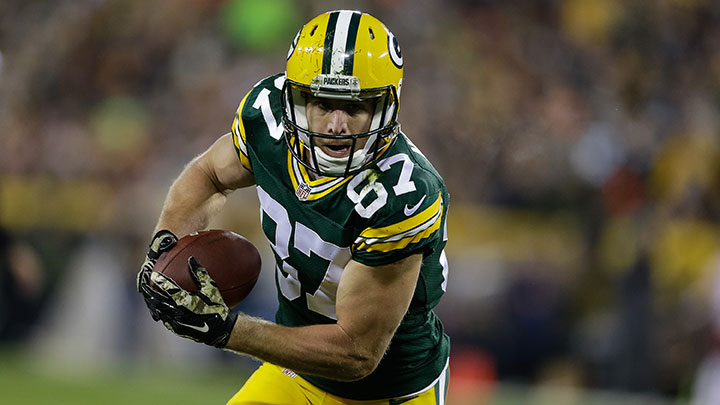 Six weeks have passed since Aaron Rodgers’s “R-E-L-A-X” decree, and for most of them, the Packers have looked like one of the scarier teams in football. Only one of their four wins was by less than 21 points, and that was on the road against a good Miami team. Other than that, they’ve been absolutely crushing opponents.

The one exception is the trouble Green Bay had in New Orleans two weeks ago, but there’s no shame in getting blown out by the Saints in the Superdome in prime time. This Packers team is clicking.

Seattle hasn’t looked overly impressive during its three-game winning streak — with one-score wins over the Raiders and Panthers before playing the Giants close all the way into the fourth quarter — but the Seahawks are still 6-3, and the injury to Palmer means they’re in relatively good position to even win the NFC West.

One roadblock is the latest blow to the Seattle defense: Amid the injury news about Palmer and Branden Albert, Brandon Mebane’s season-ending hamstring tear went a bit under the radar. Seattle’s run defense had been great all season, and Mebane’s appetite for double-teams was a big reason why.

If you haven’t noticed, the NFC South is bad. Like, really bad. Atlanta’s only win since the beginning of October was a blah 27-17 victory over the Bucs on Sunday. Yet somehow, the Falcons are only a game back in the division.

That may not matter, though. For the second year in a row, Atlanta is kind of a mess. Injuries have destroyed the offensive line yet again, and the defense ranks last in DVOA. When Atlanta went from a Super Bowl contender two seasons ago to having the sixth pick in the draft, it seemed like a shock, but if the Falcons go two consecutive years picking in the top 10, it may be time to reevaluate some things.

All those Ls are the reason we’ll be seeing Mallett against the Browns this weekend. The hope with Houston this year was that its awful schedule would be enough to let a decent team sneak into the playoffs. The schedule is just as bad as we thought, but the problem is that the Texans haven’t managed to get close to decent on offense. Arian Foster has been superhuman, but the passing game has been lacking all year. Mallett may not be the answer, but it was probably time for a change from Ryan Fitzpatrick.

I don’t think I’m ready to open up this wound again. 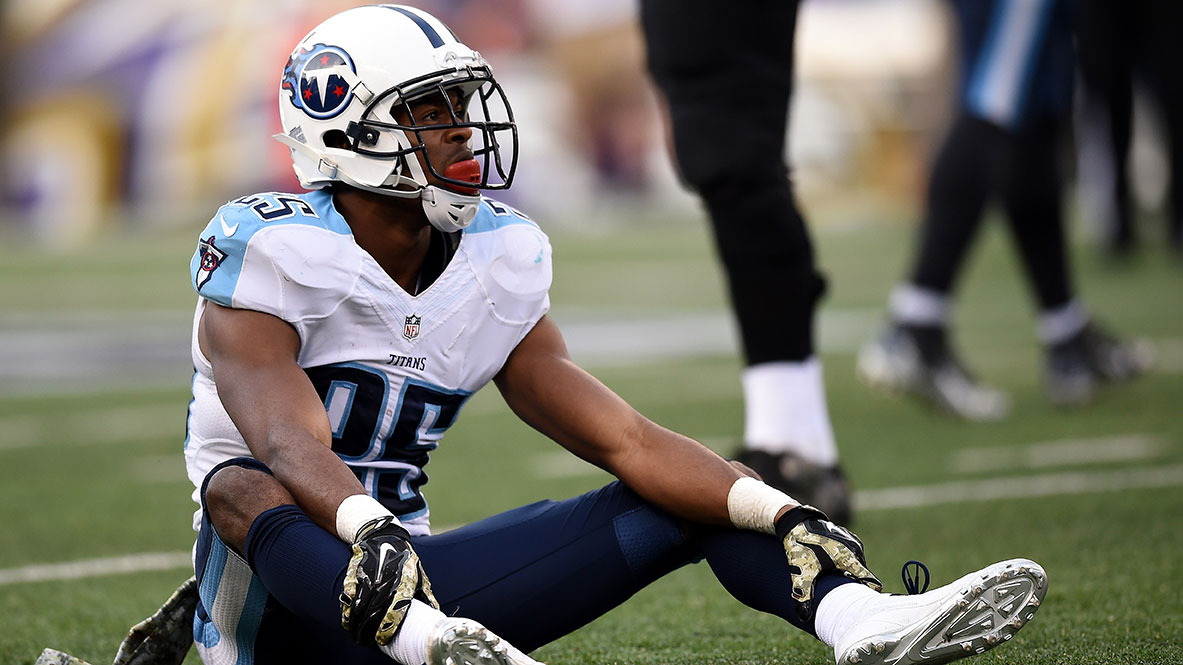 The only positive thing to say about the past five games for the Titans is, hey, at least they beat the Jags. Tennessee’s two-point win over Jacksonville is all that’s keeping it from an eight-game losing streak since Week 1.

Moving to Zach Mettenberger was probably the right choice. Quarterback has been a problem for years, and it’s best to figure out who is and is not the answer in that position as soon as possible. But the Titans’ biggest issue has actually been their defense. Tennessee ranks 27th in defensive DVOA, despite having some intriguing players on that side of the ball.

It’s been a while since the Jaguars have been above the bottom three on a list of anything NFL-related. Really, though, if this year was all about progress for Jacksonville, then it might be considered a success. Even after getting hammered by Dallas, Jacksonville ranks 14th in defensive DVOA. No longer are they a unit that every team in the league just runs all over. “Respectability” has been Jacksonville’s stated goal, and at least in one area, they’ve found it.

The problem with the last five games for the Giants isn’t just that they’ve been losing; it’s that they’ve been getting blown out. None of the four losses in New York’s current streak have come by fewer than 10 points, and although the point margin against Seattle is a bit misleading, it isn’t for most of the other games. The Giants just aren’t good at much right now, sitting 20th in offensive and defensive DVOA after the Seahawks ran the ball however they wanted last weekend.

Here we go! It’s our first soccer-adjacent moment, other than the weird game in Wembley between Atlanta and Detroit. That draw against the Bengals is the only thing keeping the Panthers from a five-game losing streak that includes some absolutely awful showings. Yesterday, Barnwell wrote about what’s gone so terribly wrong with the Panthers, and most of it was on display Monday night. Losing Jordan Gross to retirement was a major blow to the Carolina offense, and with a banged up Cam Newton trying to deal with a bad offensive line, the results have been predictably awful.

I’m not even sure there’s anything left to say about the Bucs.

Barnwell touched on the Raiders’ chances to go 0-16 earlier this week. In short, the struggle is real. We’ve already reached the point in the season when the goal for Oakland is finding out which players can be long-term contributors to a good team. Khalil Mack is in that group. So is second-year linebacker Sio Moore. After that? It gets pretty bleak.

The Grantland NFL Podcast: A Look at the NFL's Bottom-Feeders