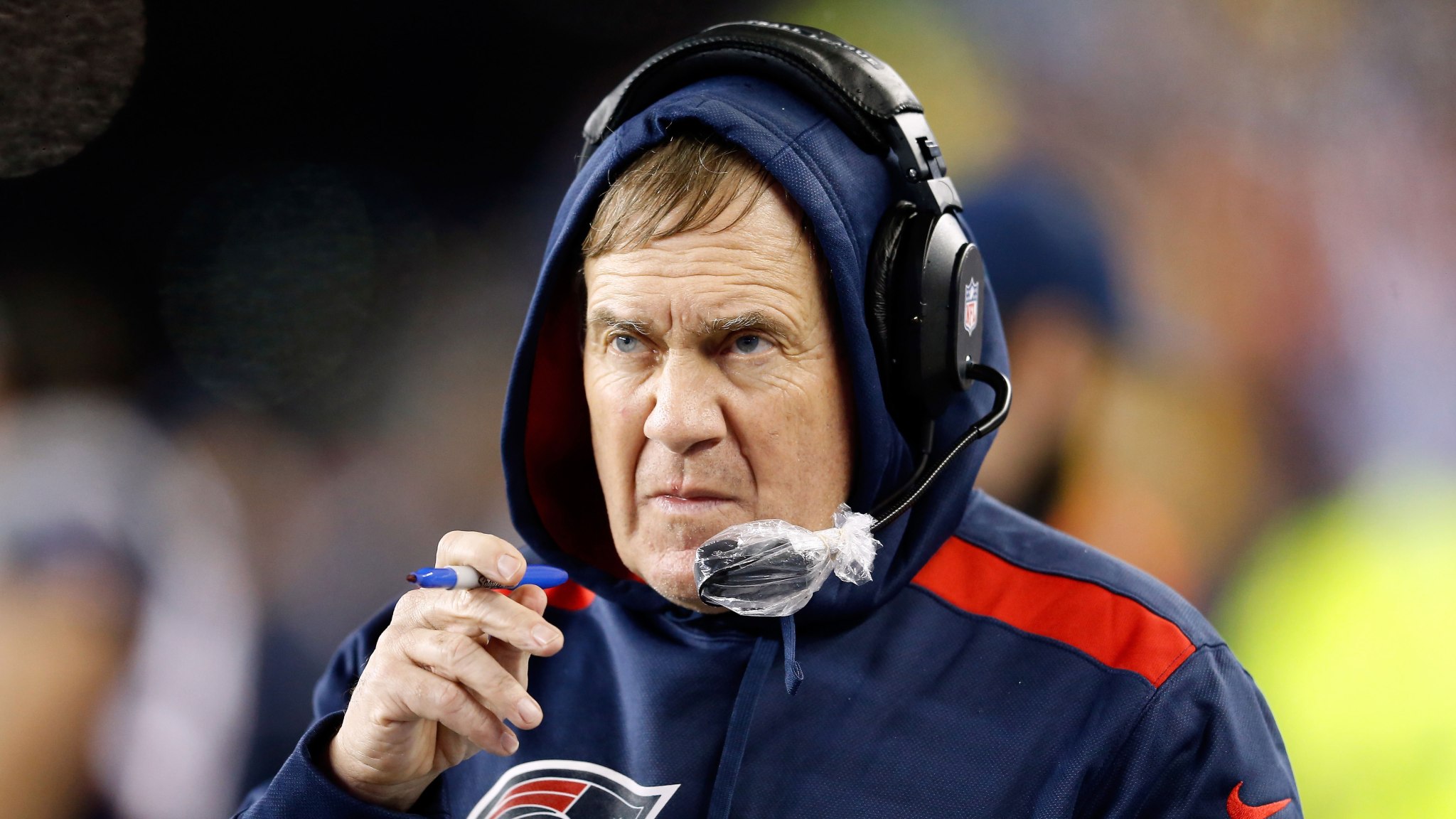 Well, this is what we wanted. The four teams left in the NFL season are the four teams that fans and TV executives alike are drooling over. No pairings could have left more to talk about or more at stake Sunday, and with that in mind, we decided to bring back last’s week examination of what’s on the line this weekend. Again, it’s pretty simple: On a scale of 0 to 10, how much do these guys have at stake?

I can’t think about Belichick this week without going straight to this scene from Man on Fire. All you have to do is switch out “Creasy” with “Belichick” and “death” with “scheming the shit out of Peyton Manning.” Actually, keep “death.”

In a way, Manning plays the role of a finger-licking Christopher Walken this week. Talking about Belichick yesterday, Peyton said it was safe to say that he would go down as the greatest head coach of all time. With 12 straight 10-win seasons, in this era, I don’t think that’s arguable, and that’s why it feels like Belichick only has so much to gain. Another win against Manning would be just that — another one.

Still, taking this team — a M.A.S.H. unit that wasn’t all that talented on offense to start with — to a Super Bowl while also foiling Manning’s bid for no. 2 might go down as Belichick’s greatest feat. Yes, the spread in the game against the Greatest Show on Turf hovered around two touchdowns, but that Patriots team came on at all once, in a way no one saw coming. The Patriots haven’t snuck up on anyone for more than a decade, and on Sunday they might not have to.

Neither defensive tackle has the name recognition of a Richard Sherman or Champ Bailey, but each may be more important to their respective defenses on Sunday.

Knighton, in his first season with the Broncos, has been excellent all year, holding down the middle for the Broncos. His role on Sunday will likely be more vital than it’s been all year. New England is going to want to run the ball, and the man they call Pot Roast is the key to stopping that.

The same goes for Mebane. Colin Kaepernick has been something of a disaster throwing the ball in Seattle (to be fair, most quarterbacks are), and I’d suspect San Francisco’s plan involves a healthy dose of Frank Gore. Mebane is one of the better defensive tackles in football, and Seattle is going to need him. 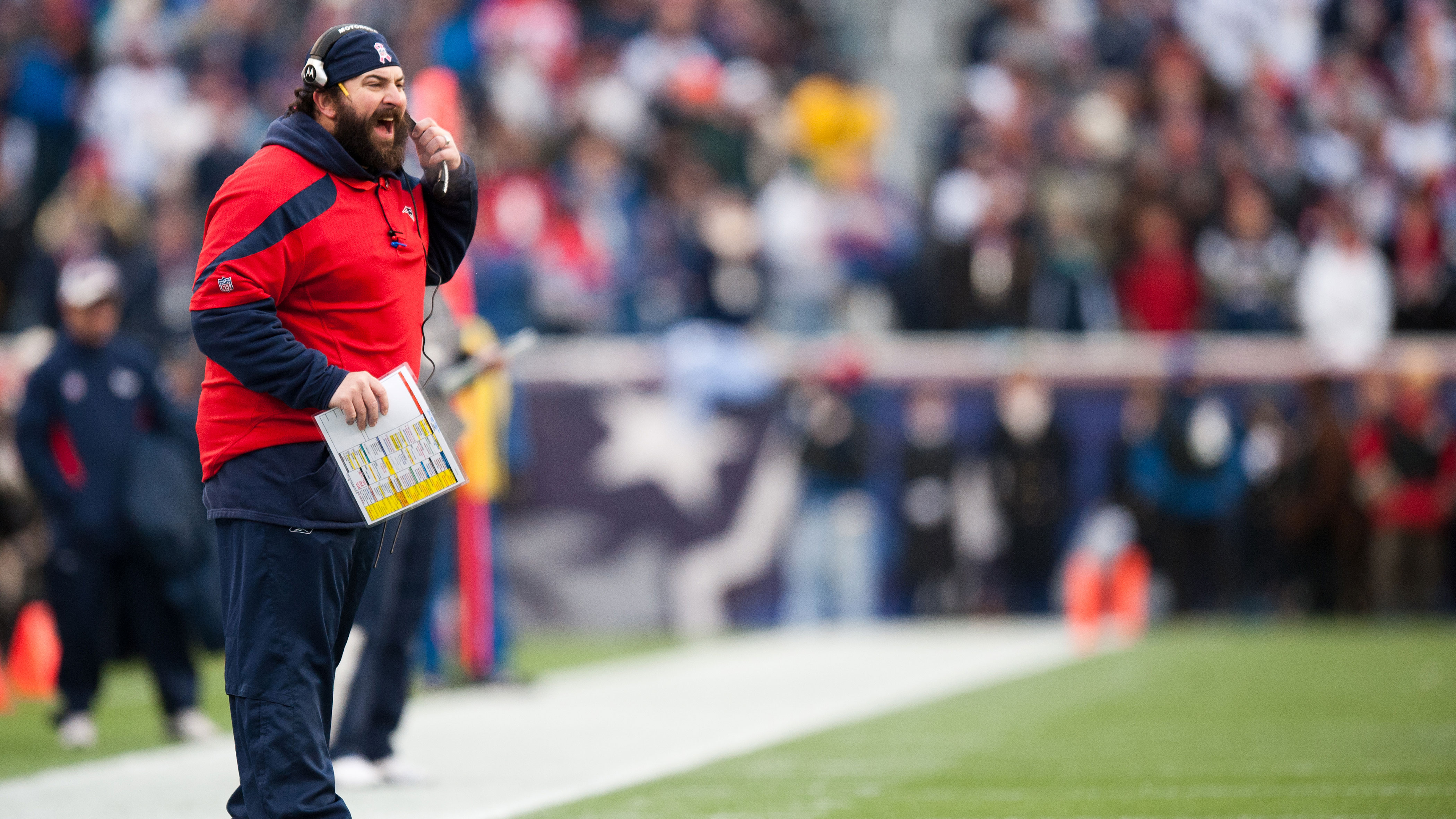 Matt Patricia has a pretty thankless job. Being the defensive coordinator on a Bill Belichick team is sort of like being Brett Favre’s backup quarterback. But if the Patriots can actually slow down Peyton Manning, there will inevitably be a few shots of Patricia and his beard standing on the sideline. So that’s nice at least.

It doesn’t make a ton of sense that Brady has more to lose on Sunday than Belichick, but really, this entire exercise doesn’t make much sense. Despite shaky numbers early on, Brady has still been magnificent this year, and a loss on Sunday does nothing to harm his perfectly dimpled career. A loss does give Manning a chance to gain some ground in the GOAT debate — three is only one more than two (you’re welcome). It doesn’t matter if those two combine for 80 handoffs on Sunday (a real possibility); when people look back on it, this is still a Brady-Manning game in the ledger. Again, we didn’t say any of this made sense. 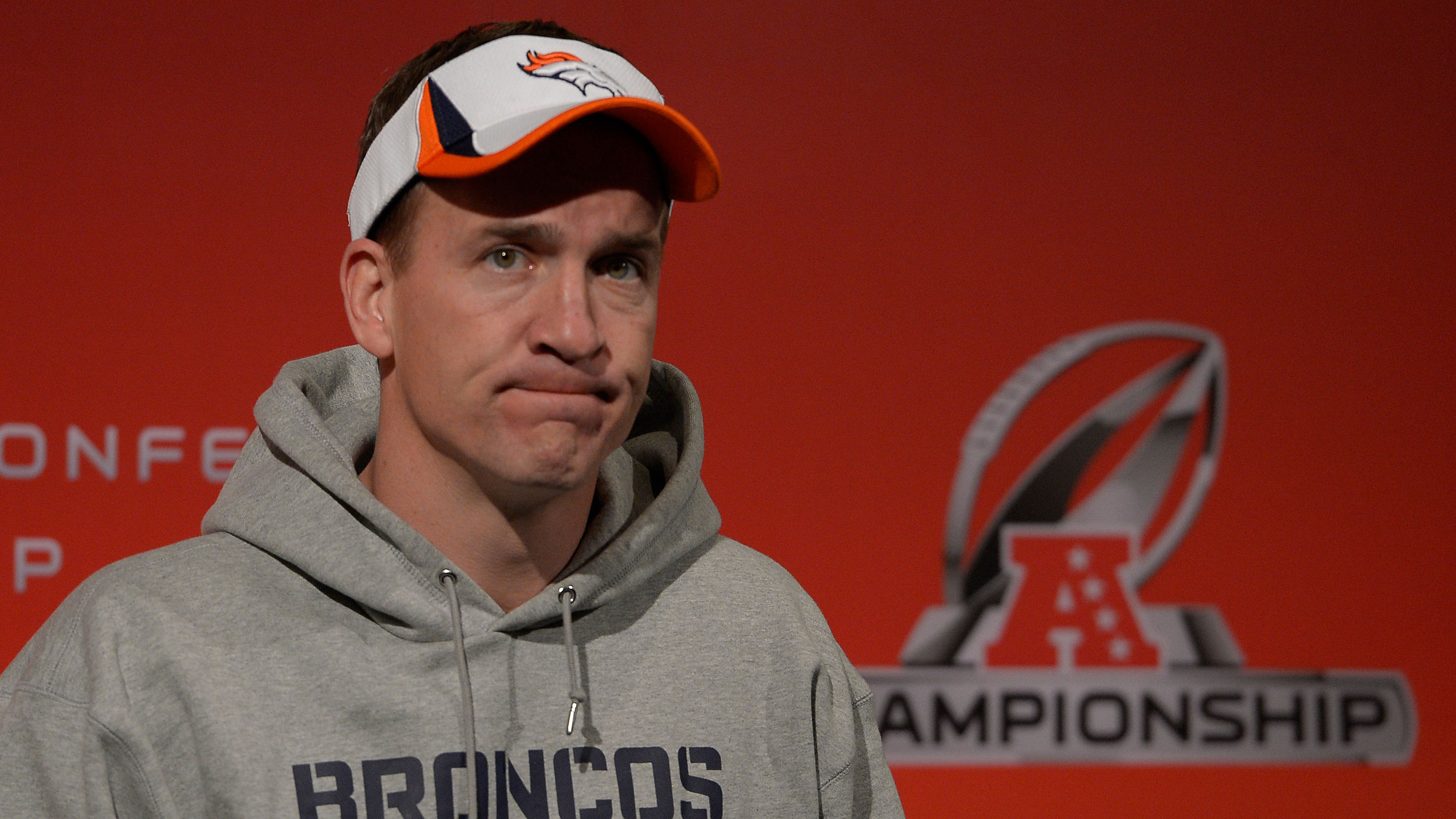 There isn’t a whole lot to say that everyone doesn’t already know. Peyton Manning has lost a lot of games in the playoffs. Two of those losses were to Tom Brady and Bill Belichick. No one has more at stake this weekend than Papa John’s sidekick.

As mentioned above, a win would inch Manning’s playoff résumé closer to Brady’s (and his brother’s), but a loss would be the most crushing one handed to him by Belichick. Manning’s teams have been favored against the Patriots only once in the playoffs, and that was the standard -3 given to a home team in a dead-even game. This weekend is the first time Manning has faced Brady and Belichick with undoubtedly the better team. That’s why a win would only go so far. If the Broncos win, they were supposed to win. If they don’t, Manning’s playoff nightmares remain. Peyton really needs a win this weekend.

Jay Kang actually explored this idea during last year’s playoffs, but it feels like we’re getting closer and closer to a real conversation about whether Anquan Boldin belongs in the Hall of Fame. I’ll admit that my blinding love for his game hampers my judgment here, but if Boldin puts together another massive playoff performance and plays a central role in taking different teams to the Super Bowl, in back-to-back seasons, it should be seriously discussed.

There’s a chance that Blount has already done enough to secure his future — if not with New England, then somewhere — but one more trampling on an opposing defense wouldn’t hurt. Blount — who came to the Patriots for a bag of jelly beans and only at Aqib Talib’s insistence — is a free agent after the season, and New England has been colder with players who’ve done much more on the field and been around much longer. It might be down to how quickly he was written off in Tampa Bay, but even until last week, it seemed like no one was taking Blount’s success as a product of his own doing. I think by the time he was done stepping on the Colts, a few more people had the same thought Julian Edelman voiced on the sideline: “LaGarrette is good.”

We’ve reached the point where 12th Man fatigue is starting to settle in. The over/under on decibel readings during the Fox broadcast is 37.5 on Bovada.

Seeing a game in that stadium is a remarkable experience, but I’m guessing people might be tired of hearing about the noise by now. One way to overcome that would be taking that place to a level that’s undeniably ridiculous, even when seen from the couch. I don’t think that’s out of the question. Those people really like the Seahawks.

While we’re on that subject, it’s worth noting that the Seahawks players those fans might like most isn’t diminutive savior Russell Wilson. It’s Beast Mode. There’s something about Lynch’s style that clicks with the people in Seattle (I’ll leave that one to you guys), and his following has become cultish. He’s also played the lead role in the two best wins the franchise has had since it went to the Super Bowl.

Still, all of that hasn’t been enough to quiet down rumors that Lynch’s future in Seattle may be in doubt. He’s only 27 (seriously, well done, Bills), but he’s a running back with plenty of mileage and at the end of his current deal. The Seahawks have taken running backs in both of their past two drafts (including Christine Michael in the second round last April), and it wouldn’t be a total shock to see them go in the less expensive direction this offseason. Lynch could help himself with another ground-shaking game. And even if that’s not enough for the Seahawks, it will be plenty to ensure legend status in the Pacific Northwest.

The list of unlikely heroes in the Patriots’ playoffs canon is long. Deion Branch has a Super Bowl MVP. Mike Vrabel caught a touchdown pass in one. Troy Brown played defense.

Collins has a chance to become this year’s version. Only forced into action because Belichick lost his temper with Brandon Spikes, Collins was fantastic last week against the Colts. Seeing no. 91 manned up on a 6-foot-5 tight end required a triple take, and whether he was dropping into the middle of the field for a key interception or perfectly defending a fade route in the end zone, he looked like a very real factor in New England’s defense. Collins also has a chance to exorcise Belichick’s Jermaine Cunningham, Darius Butler, Ron Brace, Terrence Wheatley, Patrick Chung, and Tavon Wilson second-round demons.

I can’t decide if Harbaugh’s looseness this week should please or terrify Seahawks fans. So far, Harbaugh has referenced All the Right Moves, said that teams trying to block Aldon Smith one-on-one are “whistling Dixie,” and was sold out by his wife as someone who buys his $8 pleated khakis at Walmart.

It’s hard to blame him, I guess. Harbaugh is coaching his third NFC Championship Game in as many seasons with the Niners, and save for a couple muffed punts, he’d probably be coaching for a third straight Super Bowl trip. Obviously it’s still early, but the beginning of Harbaugh’s tenure in San Francisco stacks up with the best first three seasons a coach has ever had.

The most significant downside won’t be determined by whether the 49ers lose, but to whom. And even that has less to do with Harbaugh’s body of work than his sanity. We all know the stories at this point, but Harbaugh and Pete Carroll seem to genuinely dislike each other. I’d love nothing more than a Bountygate-esque recording of a Harbaugh speech from this week, and not because I think it would contain anything over the line. I’m just guessing it would be one of the more entertaining things ever on tape.

“Really at the end of the day, I don’t want to walk into a classroom and see a guy sitting in the back row when you can be sitting in the front because you are a student.”