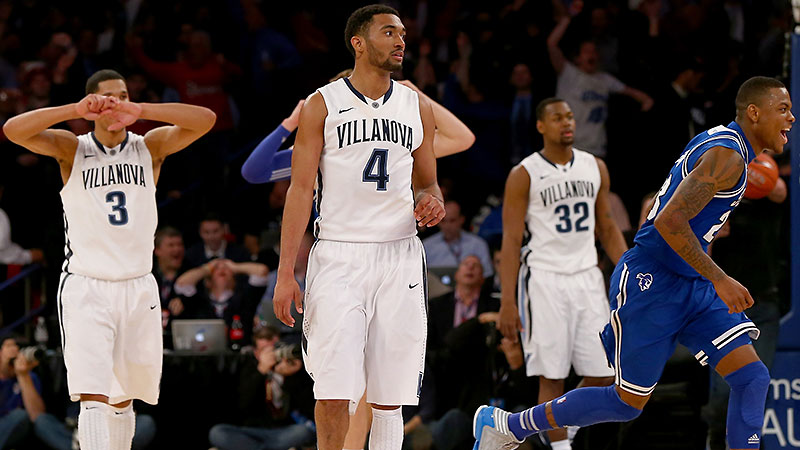 This basketball cliché always surfaces around NCAA tournament time. But is it actually true?

To find out, let’s look at the past 12 NCAA tournament champions, and what percentage of their respective field goal attempts came from 3-point range. The visual below shows all 12 teams’ pre-tourney 3-point rates compared to this season’s national average of 33 percent. 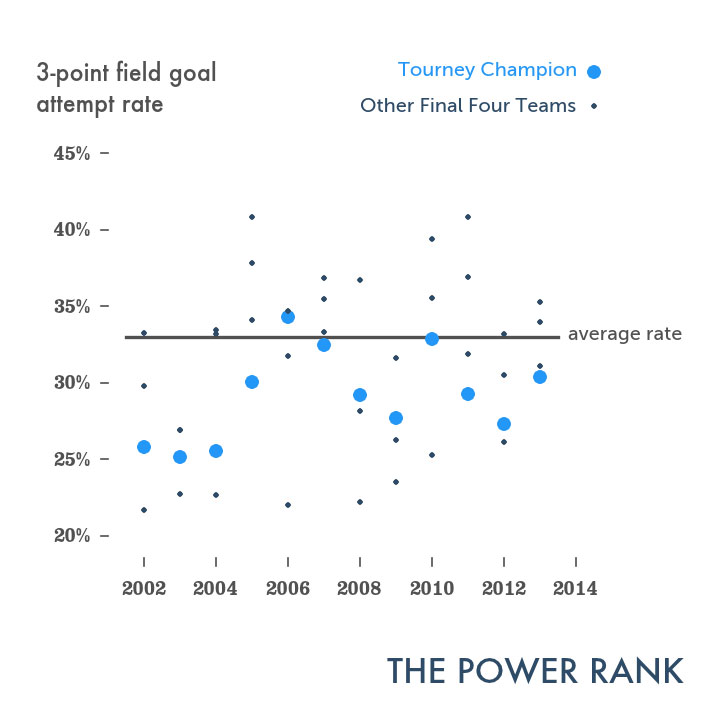 All 12 champions had a moderate or low 3-point rate. The 2006 Florida Gators, the first of Billy Donovan’s consecutive championship teams, had the highest rate in this 12-year span, at 34 percent.

The takeaway is simple: Teams that rely on the 3 can stay hot for four games and make it to the Final Four, but it’s a lot harder to stay hot for six games and actually win it all. Butler’s consecutive Final Four teams in 2010 (39.3 percent) and 2011 (36.9 percent) both relied heavily on the 3, while VCU’s Cinderella 2011 squad had a 3-point rate above 40 percent. (Of course, that VCU squad further defied the odds: As a First Four team, the Rams needed to play five games to reach the Final Four.)

While 12 years is a small sample size, it’s big enough to allow us to identify certain patterns and make informed predictions about this year’s tournament field. Here’s a look at where the pre-tourney 3-point rates check in for this year’s 1- and 2-seeds. 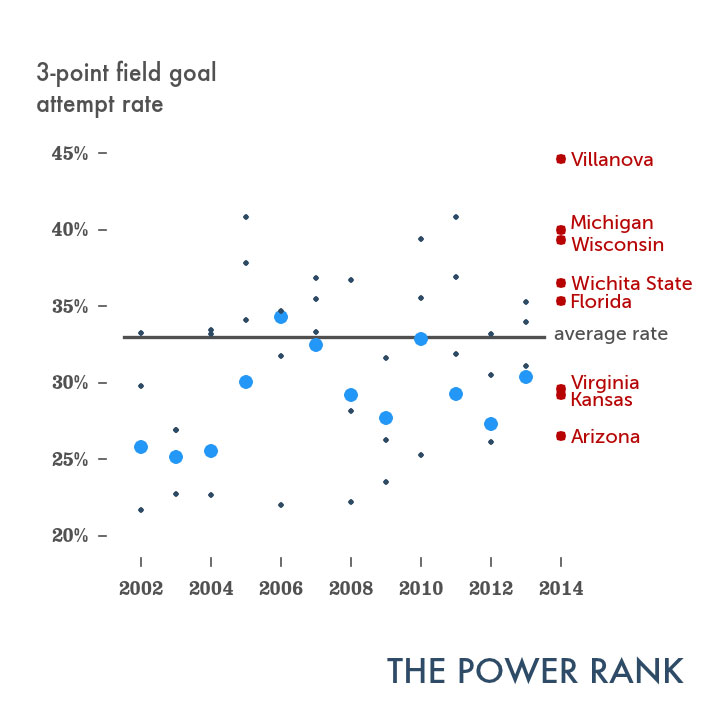 Villanova has taken almost 45 percent of its shots from 3-point range. The Wildcats have been impressive this season, but given their heavy reliance on the 3, it’s unlikely the 2-seed in the East will stay hot long enough to win it all. Creighton, the 3-seed in the West, isn’t pictured in the above graphic, but the Bluejays have the same 3-point rate as Villanova, and will thus be hard-pressed to win it all despite fielding an elite scorer like Doug McDermott.

For more proof, consider how Villanova and Creighton performed in their conference tournaments. In the opening game of the Big East tourney, Villanova shot 4 of 19 (21 percent) from 3-point range against Seton Hall. The Wildcats lost on a buzzer-beater. Creighton made it to the finals of the same tournament, but against Providence, the Bluejays took an insane 30 of 49 field goal attempts from behind the arc, making only 8. Creighton went cold when it counted, and Providence won the game and the conference tournament.

Florida, the 1-seed in the South and top overall seed in the tournament, and Wichita State, the 1-seed in the Midwest, take more than 35 percent of their shots from beyond the arc. While that doesn’t put the Gators and Shockers in as untenable a spot as Villanova, it does put them in worse spots than fellow 1-seeds Arizona (West) and Virginia (East), which both take fewer than 30 percent of their shots from 3-point range.

“Live by the 3, die by the 3” is a sports cliché for a reason. When the shots are falling, teams that rely heavily on 3-point field goals can cruise to victory. But once those shots stop falling, which becomes statistically likely during the six-game road to the NCAA tournament final, a team’s championship dreams can die right along with its 3-point success rate.

#HotSportsTakes: The Knicks Are Sick, But Dr. Phil Ain't the Answer