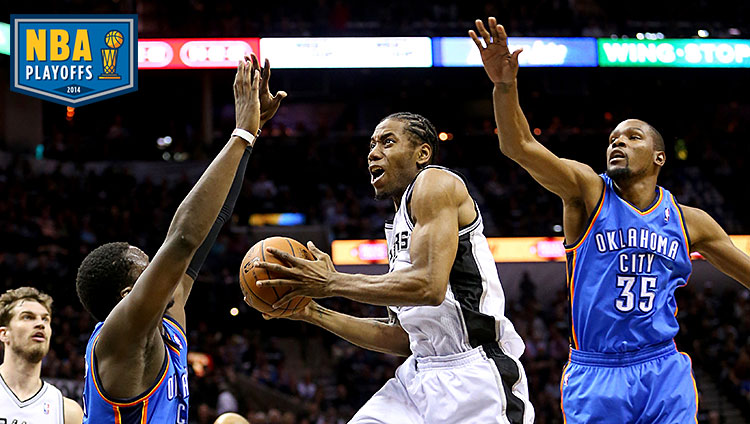 A look back at last night’s NBA action.

The Sum of All Fears

Andrew Sharp: He would smother people on defense. He would knock down open 3s and never take any other kind of shot from the perimeter. He’d have a midrange game, too. He’d be quick enough to get to the rim whenever he wants — sometimes using the insane Tony Parker spin move that renders everyone helpless — and strong enough to score against anyone when he gets there.

He would be rangy enough to play two or three positions if you needed. He would be disciplined and never force anything. He would have octopus arms and catcher’s mitt hands and giant gnarled feet. He would show absolutely no emotion at any point, ever, and have no discernible personality. Personality is for comedians and car salesmen. Personality doesn’t win basketball games.

He would be 6-foot-7 or 6-foot-8, the default height for any random NBA player. He would have cornrows, another default option in the system. He would have “played college basketball” somewhere like San Diego State; just recognizable enough to sound believable to outsiders, but just random enough to explain why nobody really remembers him.

Then one day you would look up and see him dominating the NBA playoffs. Crashing the boards and finishing down low like Tim Duncan; playing the passing lanes like Parker, and then screaming down fast breaks for layups; nailing a few of those jumpers that Manu Ginobili used to hit. All the while, playing the kind of relentless defense that won the Spurs four titles, never showing a hint of fatigue. A little bit of everything, but never enough to attract too much attention.

Then you would understand: He’s the perfect Spur. Twenty years of field research finally realized. That’s when it would all make sense.

Kawhi Leonard is a basketball drone who was invented in a laboratory by Gregg Popovich. You will never convince me otherwise.

The Rough Guide to Spurs Swagger

Chris Ryan: Cool Cocoon sequel. I like the little look Timmy gives Fish there at the back end of this play. The moments of Spurs swagger are so fleeting, so restrained, you really have to be on the lookout for them when they happen. I am like a bird watcher, and the rarest of birds is a San Antonio player, in his natural habitat, stunting on an opponent. Like Danny Green, half looking for a foul, half raising his arms like Maximus from Gladiator …

Blink and you miss it.

Coming to a City Near You 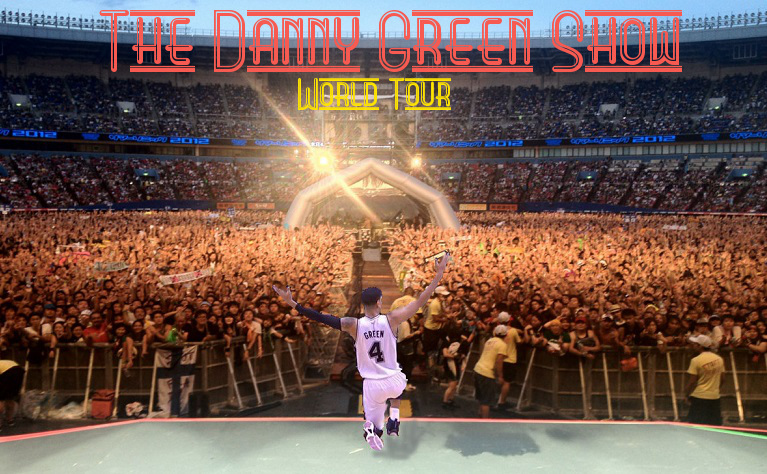 Look at Me, Scott

netw3rk: Let’s start with the obvious: Coaching is hard. A coach should have a certain tactical acumen, be able to read the game, know his players, understand what combinations to use in what situation. That’s the science to the job. It’s the aspect of the profession most easily criticizable by the great chattering unwashed mass, i.e., us. The alchemy of it is the part where human beings have personality tics, feel emotions, have pride, don’t want to be benched. The greatest X’s and O’s minds still have to be able to connect with his players, or what does it matter?

This is a roundabout way of praising Scott Brooks before burying him. Brooks has his team’s ear. Kevin Durant’s effusive and emotional praise during his MVP speech speaks to that. The Thunder play hard for him, his star believes in him, and that communicative part of the job, the alchemy part, is important.

Brooks’s problem, then: that science part. In a way, Game 1 was understandable. Brooks had to try something to offset Serge Ibaka’s missing defense and rim protection, and to a lesser extent, his midrange game. His solution was to go small — Durant at the 4 or 5 for large, seemingly random portions of the game — in an attempt to create chaos where the Spurs want order and flow. Except you could almost see Pop salivating like Brooks rang some Pavlovian dinner bell, the former sending Boris Diaw or Duncan or Tiago Splitter to take Caron Butler or Reggie Jackson or Russell Westbrook down to the block on a crossmatch, with the choice of being overpowered or calling for help and giving up the perimeter. Brooks ran out a Russ, Jackson, Fisher (!!!), Butler, Durant lineup for seven minutes at one point. The Spurs shot 66.7 percent against that lineup.

One wonders what happened to Brooks’s lightning bolt of Russ, Jackson, KD, Nick Collison, and Steven Adams that shot 61 percent against the Clippers in Game 6, held the Clips to 41 percent, and finished plus-56 in 15 minutes. The answer is probably this: Coaching is hard.

Celeb Spurs Fan Watch: Cruz From Blood in, Blood Out 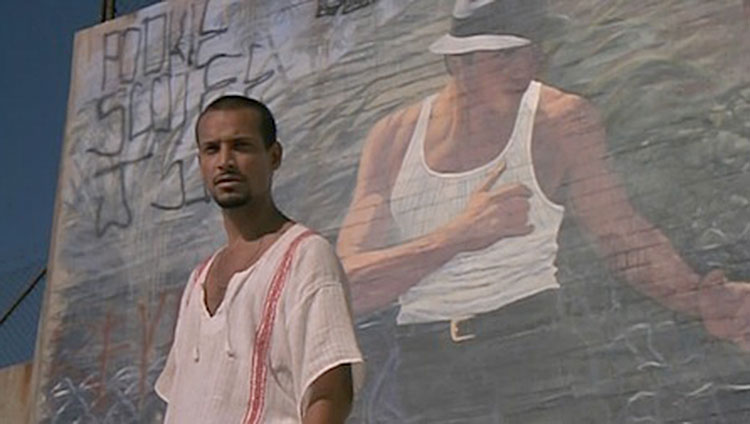 Shea Serrano: I receive a gross amount of texts and tweets during Spurs games, and that’s fine. I get it. (There seem to be, like, maybe three things that people on the Internet know about me, and one of them is that I care deeply about the Spurs.) It’s a thing I expect and even a thing I like. Of all the messages I received last night, though — or, really, of all the messages I have received ever, for that matter — none have ever been more beautiful than this one:

I wish you knew but you don’t. You just don’t. This is why I was born with eyes and a brain, for this moment right here. Throw it all away. Take my family and throw them in the ocean. I don’t care. This is IT. This is ALL. Thank you, Twitter. Thank you, America. Thank you, world. Thank you, solar system. Thank you, galaxy. Thank you, universe.