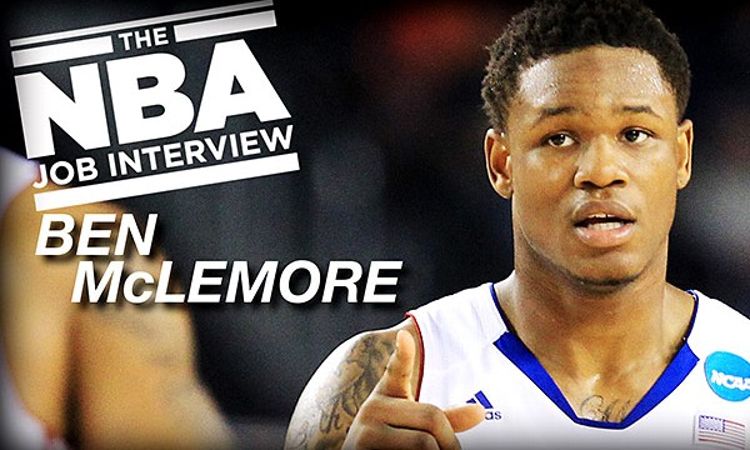 Jalen Rose and Bill Simmons talk to NBA draft prospect Ben McClemore about the comparisons to Ray Allen, his struggles with poverty, and his reputation for having trouble asserting himself. Check out a short clip below, followed by Brett Koremenos’s scouting report and the full-length video. Watch all the NBA Job Interviews here. And watch this space for more NBA Job Interview videos, featuring Bill Simmons, Jalen Rose, and some of the best young talents from the 2013 NBA draft class.

Ben McLemore has the most impressive collection of skill and athleticism in the entire 2013 draft. In many ways, the 6-foot-5 Kansas guard is the perfect prospect for the modern era of the NBA, an era obsessed with players and schemes that produce highly efficient looks from beyond the arc and at the rim. McLemore excels in both those areas. He shot 42 percent from 3 in his lone college season and made plenty of highlight reels with his rim-rattling finishes in transition. McLemore also shows the potential to be an elite defender when focused. And though his off-the-dribble game needs some work, there’s enough McLemore does well that it’s easy to envision multiple All-Star games in his future if he takes a good approach and finds the ideal situation.

That’s not to infer that McLemore is lazy or uncooperative — by almost all accounts he works hard, listens to coaches, and loves basketball. It’s more that he has a tendency to float through stretches of some games, deferring to his less-talented teammates. That concerns some NBA executives looking to find a superstar with a high pick in the lottery. Working in McLemore’s favor, however, is that a lot of those same concerns dogged James Harden, Houston’s hyper-efficient scoring machine. Like Harden, who was able to develop slowly in Oklahoma City while Russell Westbrook and Kevin Durant dealt with the pressure and expectations, McLemore, more so than any other prospect, will need the right situation to determine how much of his immense potential is realized.