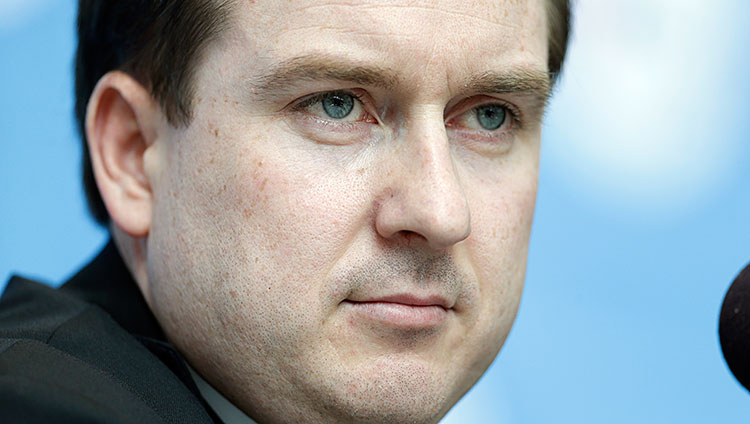 Sixers GM Sam Hinkie has maintained radio silence for a month. The team’s workouts with potential draft picks are closed to the public. And last week, when intrepid beat reporters skulked too close to the Philadelphia College of Osteopathic Medicine while Andrew Wiggins was being feted, police were summoned in riot gear. OK, the media was politely asked to move away from the building. Still.

Despite Hinkie’s clandestino machinations, the rumor mill has been coughing up Sixers-related gossip. After all, they have seven picks, a stash that includes the third selection, the 10th selection, and five second-rounders. Philly may not make the biggest splash on draft night, but it’ll control much of the ebb and flow.

Hinkie’s reputation as a masterful barterer is the major reason Philadelphia is frothy with excitement. Since being hired away from Houston a year ago, he has overturned the talent-barren roster so thoroughly that only two inherited players remain: Thad Young (likely on the trading block) and Jason Richardson (likely devouring a cheese board). Hinkie will presumably be operating in bullet time at Barclays Center this week, snatching whizzing second-rounders out of the Brooklyn air as disappointing busts harmlessly flutter by.

Here’s a look at some of the rumors swirling around the Sixers:

Knicks Acquire One of Philly’s Second-Round Picks for Cash 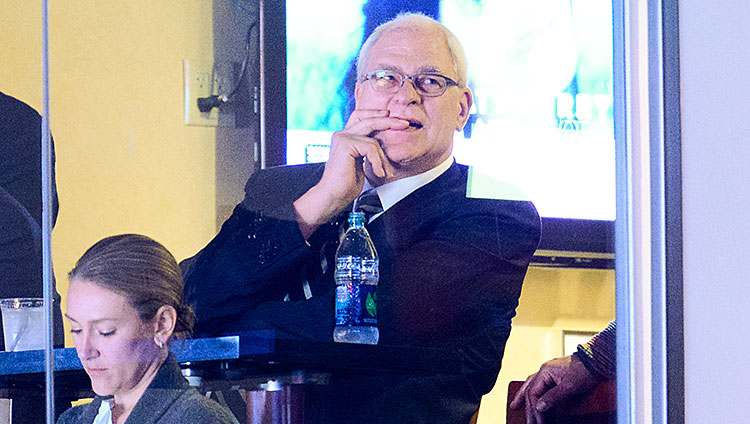 Chances of this happening: 1 percent

When Phil Jackson, the Knicks’ new brand ambassador/cultural curator, was told that his team was without any picks in the upcoming draft, he immediately gestured for another bottle of vino from Dimitri at the Tower Bar. Then he suggested that they could simply buy a second-rounder from Philly. Perhaps, if viewed from the Hollywood Hills in a peyote haze, the lowly Sixers look like an organization whose players wear mismatched short sets and practice with deflated, orange-painted volleyballs. A deal seems unlikely.

Chances of this happening: 10 percent

A package from Philly with the no. 3 pick, the no. 10 pick, and Young could be more enticing than whatever the Warriors or Bulls have allegedly offered to Minnesota for the wanderlust-afflicted power forward. But without a guarantee from Love that he would stay for two seasons, and without enough surrounding talent to make the team a viable competitor, such boldness would depart from the methodical buildup the Sixers have undertaken thus far.

Sixers Trade Michael Carter-Williams and Thad Young to the Lakers for Steve Nash and the No. 7 Pick

Chances of this happening: 15 percent

During Philly’s 19-win slasher flick of a season, rookie point guard Carter-Williams was the only protagonist you assumed would survive the bloodletting. Will he be around for the sequel? After Woj suggested the Sixers were attempting to acquire a third top-10 pick in the lottery, some concluded that Carter-Williams was the key asset that could command such a reward from a team like the Lakers.

More Embiid fallout. Lakers could move Nash and #7 to Philly for MCW and T Young. 76ers would take Exum at #3.

But if Hinkie snaked two first-rounders from New Orleans for Jrue Holiday a year ago, why would he trade a younger player with a higher ceiling and a vastly better contract for … one first-rounder? All while also giving up a useful trade chip in Young? And taking back Nash’s “Eff You, Pay Me” $9.3 million for next season? If that occurs, expect Hinkie to rip off his plastic face, Mission: Impossible–style, to reveal the cackling skull of a Billy King turducken critter.

Chances of this happening: 25 percent

Everyone knows the Sixers are obsessed with Wiggins. In fact, Hinkie has a “Yonge Street 4 Lyfe” tattoo on his left pectoral, mainlines maple syrup, and does a wicked Kardinal Offishall impersonation on Wells Fargo Center Reggae Slackness Night, all to entertain his precious Canadian prize. It has to be true, otherwise why would the pundit class keep repeating it, over and over and over? Maybe he does! But the Sixers are in asset-collection mode, and a pragmatist like Hinkie is unlikely to relinquish a valuable pick when he’s already perched in the third slot in a loaded draft. Plus, he could always fill the T-Dot void by scooping up Syracuse guard Tyler Ennis and making B. Franklin Dogg wear a cardigan emblazoned with the OVO logo. Zero to 100, real quick. 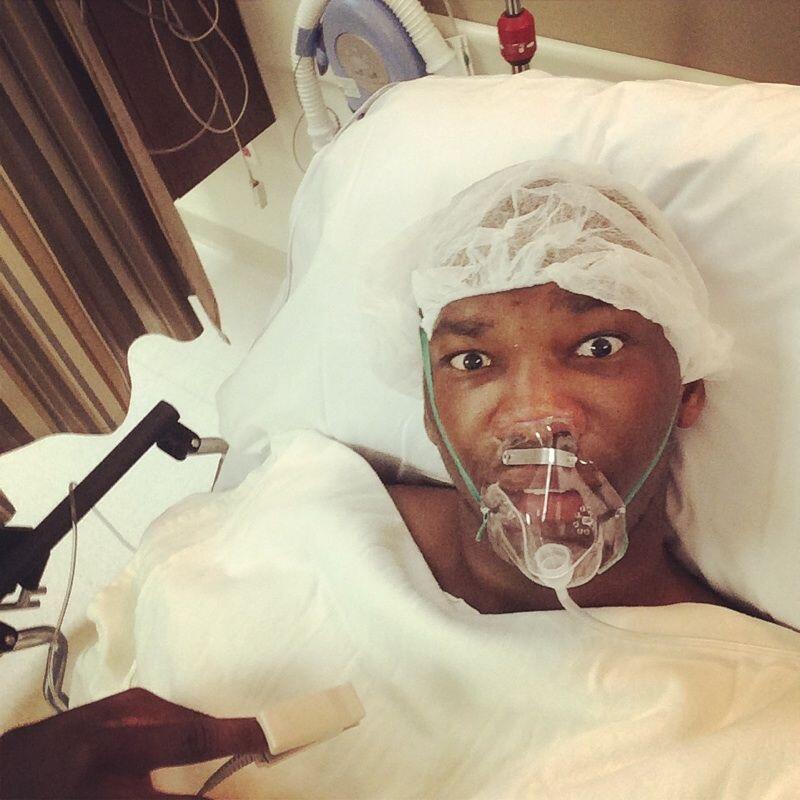 Chances of this happening: 40 percent

OK, this just in: Bob Cooney of the Philadelphia Daily News declared that the Sixers will take the broken-footed Kansas center if he’s available. 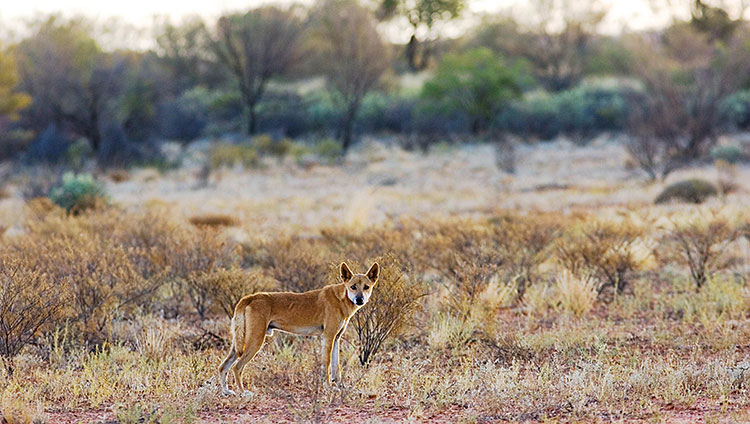 Chances of this happening: 55 percent

Sixers coach Brett Brown went hunting for dingoes in Australia with his dad, maybe. Lock it in.

Chances of this happening: 80 percent

As the team’s longest-tenured player, and a vestige of the storied Sixers squad that won a first-round playoff series against the Derrick Rose–free Chicago Bulls, Young is regarded as the victim in Philly’s plunge into historic ineptitude. He seems like a stand-up guy. He plays hard. He’s pretty good. But with an early-termination option at the end of next season, Young doesn’t fit into the organization’s plans. Thanks for the memories, Thad. We’ll always have … that first-round win against the Derrick Rose–free Chicago Bulls.

Chances of this happening: 99 percent

Let’s see how the faith in Hinkie’s plan holds up when Dark Hink Lord trades down and drafts Clint Capela, Dario Saric, Elfrid Payton, and Bogdan Bogdanovic. The red-faced bluster about how “We didn’t tank the whole season for Bogdan Bogdanovic!” will be so wonderful to behold.