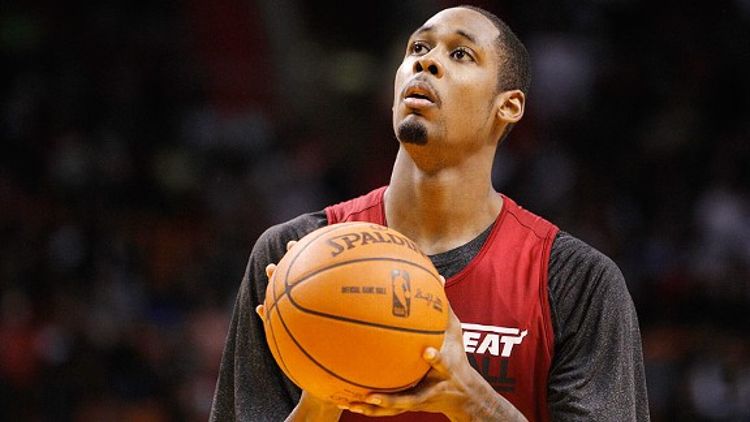 Jonathan Givony is spending a few days at the NBA D-League Showcase, where NBA scouts and executives are evaluating the talent in the league. Here’s a look at what’s happening in Reno this week.

In conversations at the NBA D-League Showcase this week, three names seem to pop up more than any others: Mickell Gladness, Squeaky Johnson, and Terrel Harris.

All three played multiple seasons as backups in the D-League, where they were cut or traded in favor of better prospects. All three struggled to produce in lower-level leagues in Europe, and all three found themselves back in the States, primarily owing to a lack of other professional basketball options.

But all three are currently on NBA rosters. (Gladness and Harris play for the Miami Heat, and Johnson plays for the New Orleans Hornets.) Harris saw 44 minutes last week against the Atlanta Hawks, and 14 the next game. Johnson played a combined 31 minutes in the Hornets’ last two games. Gladness has seen mostly spot duty.

From afar, this trio appears to be a perfect example of the seemingly random nature in which NBA teams fill out rosters. In actuality, they were in the right place at the right time. In a perfect world, the NBA would be made up of the top 450 basketball players, scattered about evenly on 30 rosters. That’s not always the case, though. Gladness, Johnson, and Harris have what teams are looking for at the end of their benches. They’re hard-working, ego-less players who can lift the level of practices and won’t complain if they don’t see a single minute. Most importantly, they came at the right price: the NBA minimum of $473,604.

Are they better than Bo McCalebb, Keith Langford, Jaycee Carroll, Erazem Lorbek, Mirza Teletovic, or any of a host of other Euroleague stars? Absolutely not. But in the hectic period that followed the NBA lockout, they, like New Jersey Nets backup power forward Dennis Horner, were available and interested, ready to fly in on a whim for the promise of per diem and not much else.

That’s what makes this D-League Showcase such a fascinating event. What scouts learn about a player’s off-the-court qualities seems to be just as important as what happens during games. How hard does a prospect cheer for his teammates from the bench? What kind of body language does he display? How does he react to adversity? How does he communicate with his coaching staff?

While a few prospects might get called up in the next few weeks, the real fallout of the D-League Showcase won’t be felt for another month. On Feb. 10, teams must decide whether to lock in the contracts of all the non-guaranteed players on their roster. Just a few days prior to that, they will be able to begin to disperse 10-day contracts to start evaluating prospects they consider intriguing and plug temporary holes on rosters.

Those that do get the call might not be the best athletes or the highest scorers in the league. They are far more likely to be playing in a nearby city, have received a strong recommendation from a trusted source, such as a former coach, or be known to possess excellent intangibles. Just like Mickell Gladness, Squeaky Johnson, and Terrel Harris.