NBA Betting Lines: The Horrors of the Atlantic City Bus 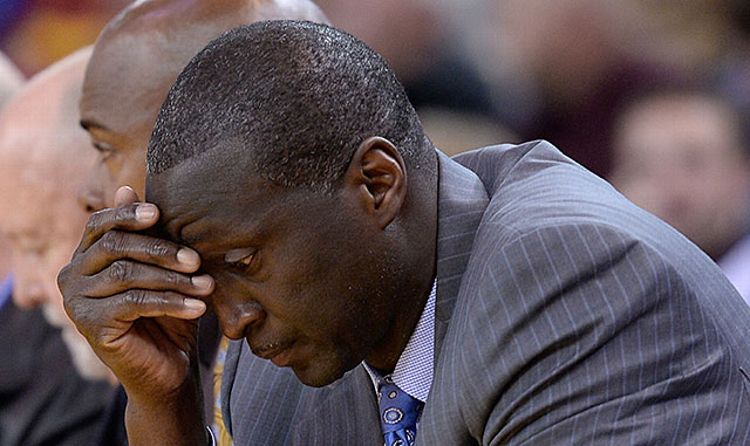 Today’s installment of NBA Betting Lines comes to you from a Greyhound parked outside the Atlantic City hospital. It’s 9:14 on a Sunday morning. A dense, acrid fog sits over the boardwalk and everything smells like fish guts in the sun. For reasons unknown, half the passengers on this bus carried on mini-breadmakers. It’s been 10 years since I’ve done the Port Authority–to–Bally’s route and I’m pleased to report that the horrors have not ceased. Mom, rest easy. I came down here only because a close friend has just caught the bug. He lived his entire life in New York City and up until recently had never been to Atlantic City. In the past six weeks, he’s been here three times. This is called a problem. So I thought I’d be a good buddy and take the bus down with him so that when he finally got felted at the blackjack table, all his dreams turned to lies (that line courtesy of Mike Tyson), I could laugh and feel superior and throw my arm around his shoulder and tell him about all the parlays My Scrabble Friend and I have laid because My Scrabble Friend says he has a “good feel” about Troy’s football team.

And so while I’d love to tell you a story about cashing out a five-team parlay at Bally’s Wild West Casino and throwing down $3,500 on every number Rashad McCants wore throughout every level of his basketball career (this is my roulette “system”), New Jersey state law prohibited me from doing so. Instead, I did what most people do in Atlantic City when they’re 20 or 22 or even 24: I went to one of the new, already-broke casinos and saw a bunch of dudes who work out a ton and about 800 ex-guidos who had come to town for the Pat Benatar concert at the Revel. Then I lost some money, drank some drinks, complained about the lack of $10 blackjack tables, and passed out at 5:30 a.m. on the worst bed in southern New Jersey at the Flamingo Quality Inn, only to wake up a couple hours later to catch the bus back to Manhattan.

Some of this column has been about the NBA, but I’m mostly writing this thing to convince you that gambling is (a) awesome, and (b) terrible. I’m certain that the majority of you reading this need no convincing of these two truths. But because I like to see the Internet, especially recurring columns, as something of a community, I thought I’d put together a short list of the worst gambling experiences in America, in honor of this bus rattling back to Port Authority and this geriatric man seated behind me who looks depressed enough to stick his head inside his mini-breadmaker.

Presented without commentary. Feel free to add your own in the comments. I certainly have not gambled everywhere in this great country.

5. The buffet at Circus Circus.

4. Any casino in the Seattle-Tacoma area.

3. The bus ride from Port Authority to Atlantic City.

2. Stopping for gas in Primm, Nevada, and throwing one last dollar into a slot machine at the gas station.

1. The bus ride back from Atlantic City to Port Authority.

Philly has been wildly erratic throughout the season, thanks to its high-variance style of play. The Sixers started the year 3-0 against the spread. In their fourth game, Vegas made them a seven-point underdog at home against the Warriors, a spread that would have seemed ludicrously low at the start of the year. The Sixers lost by 20, but could have lost by 40. The next game, they missed covering the spread by 11.5 points when they lost to the Wizards by 14. On Saturday night, they lost to the Pelicans by 37. I have no idea what to make of this team, except this: The Sixers give up a league-worst 111.1 points per game. In their last five outings, that number has shot up to 120.2. Their play reminds you of eight college dudes who are all trying to boost their draft value. It’s like Victor Page met up with Joe Forte and Joe Forte’s brother and decided to make an NBA team.

When these two teams played at Oracle on Saturday night, the Jazz covered the 15.5 spread by 1.5 points. The Jazz might be 1-10, but there have been some signs of improvement. They have gone undefeated against the spread in their last three games, although, to be fair, two of those three results were by one or 1.5 points, depending on the [redacted by the Department of Justice]. Before that stretch, the Jazz lost by 24, 24, and 19 to the Bulls, Toronto, and Denver, respectively, good for a stunning -41 point-spread differential. Most likely, we’re in the middle of some wildly fluctuating adjustment period with Utah’s lines (I’m basing 90 percent of this on the fact that Netflix had Casino on streaming video last month). They might be terrible, but the Warriors haven’t been particularly great on the road, either, scoring just 99.0 points per game. With a gun to my head, I’d say Utah covers.

Bet: Utah +9.5. Ugh. That feels horrible. Let’s add “betting on a tanking team to cover” to the list of terrible gambling experiences.