NBA Betting Lines: Into the Void 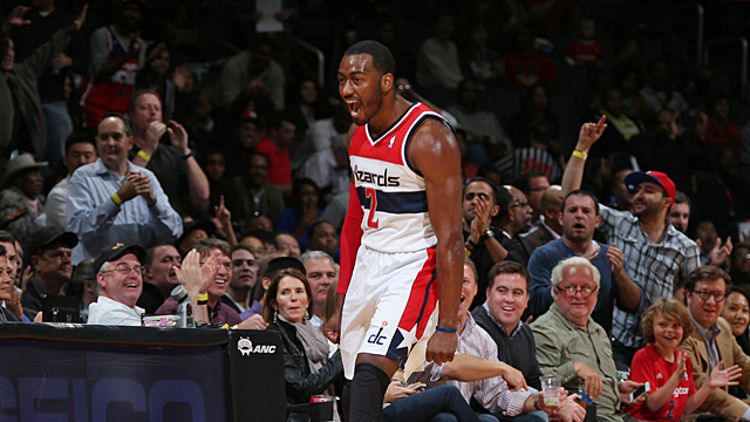 I recently sent an uncomfortably large PayPal check to an old friend to cover what I owed him from roughly 80 games of online Scrabble played at stakes between $40 and $240. I average about 340 points per game in Scrabble. My friend, who is mostly illiterate and challenges words like “lenient,” averages 360 because he’s one of those guys who plays with the middle linebacker in Madden and figured out the dynamic dribbling in NBA 2K13 that you assumed everyone else was too lazy and/or old to care about. Needless to say, we both have massive gambling problems.

Friends with gambling problems are great when you’re just happily enabling one another, like when I yell at my buddy to bet nickel chips at the roulette wheel or when he emails me about some absurd eight-team parlay he’s counting on to cover his mortgage and I write him back with, “U GOTTA DO WHAT U GOTTA DO. GET THAT POOL!!! :/” but it’s not as fun when you’re pressing your vice up against your friend’s forehead and extracting a pint of his diseased blood. So we put an end to Scrabble and decided to work together on a gambling project.

This is what we came up with. It’s not revolutionary or even interesting, but it has brought us a great deal of fun and we suggest it for all of you with friends who you only vaguely like anymore but keep up with because nobody else is always available on Gchat and also has a gambling problem.

We independently go over the lines every morning and come up with our list of what we like. Then we consult, and whatever games we agreed on we put through another layer of discussion, either over email or Gchat. We do not vary the size of our bets because we are trying to control our problems.

Then I call Eugene, my bookie in Koreatown who looks kind of like a hairy russet potato, and we do a lot of, “What?” “No, say it in English.” “Your parents are a disgrace for letting your Korean slip like this.” And that’s about it. When we’re done, we enter our results and notes and whatever stats we can pull into a spreadsheet. We have a third friend who knows nothing about basketball, but who spends his workday looking at possible parlays on pretty much every sport, so whenever this guy gets “a good feeling,” we’ll let him put down an outrageous, lotto-ticket parlay in honor of the gambling spirit of the Korean people.

So far, we’re 6-8 on the season, but that includes one bet we lost because I told Eugene the wrong team to bet on for the second half because my gambling problem can sometimes be hilariously inept.

Let’s go to today’s picks. Again, these are only the games we felt strongly about and again, we’re idiots. I always wanted a Hondo column, so thanks to Chris Ryan for indulging me and my Scrabble friend.

Through four games, the Clippers have been running and gunning at a remarkable rate. They are the league’s most efficient scoring team, putting up 1.055 points per possession, per Synergy Sports. Only the Heat (who have played five games), the Mavs, and the Timberwolves have triggered more plays in transition.

Orlando ranks 10th in PPP at 0.921, with two of those games coming against the Pacers and the Nets, both of which have great defensive reputations. They don’t run as much as you’d expect a young team to run, but they’ve shown a shocking ability to get good shots in the half-court.

The Clippers have been awful defensively so far, giving up the second-most PPP this year, trailing even the Lakers. They have been terrible guarding the pick-and-roll and can’t seem to figure out what to do against teams that actually run plays. As long as Blake Griffin and DeAndre Jordan continue to play their uninterested, confused, and almost comic brand of “defense,” it’s hard to see this changing too much, even with Doc Rivers’s influence. You can’t fix stupid.

210 seems way too low. The Clippers are playing for the regular season and Chris Paul probably smells the best shot he’ll ever have at the MVP. Victor Oladipo isn’t slowing him down. We’re taking the over.

By every metric, the Pacers have been the best defensive team in the league, allowing only 0.776 PPP. They guard every part of the floor well and have kept up the intensity from last year’s playoff run. One note: The Pacers have achieved this mark against the Magic (10th in PPP), Pelicans (21st), Cavs (30th), and Pistons (19th), so while I don’t hesitate in saying the Pacers are one of the best defensive teams in the league, playing at an elite level at the start of the season, their league-leading defensive PPP could inflate quite a bit in the upcoming weeks.

This early in the season, it’s hard to say anything meaningful about the Bulls, who seem to be waiting to see what, exactly, Derrick Rose is going to be this year. They haven’t played since Saturday’s loss to the Sixers. The Pacers are playing on the second night of a back-to-back.

This is going to be a close, low-scoring game, and the Bulls actually have a lot to play for here and have had four days to prepare, so I’d take Chicago on the +120 money line.

The Sixers are +1000 to win the Atlantic Division. The Celtics are +10,000. These lines reflect the turmoil the Sixers have cast onto the NBA betting community, which makes me think that their lines will fluctuate wildly from game to game. At the start of the year, this might have been a 10-point spread, but the Sixers, well, you know, while the Wizards have been the worst team in the league on defense. D.C.’s offense has been slightly better, but it’s been buoyed by Trevor Ariza’s ridiculous and completely unsustainable 3-point shooting volume.

These teams played last Friday in D.C., a game the Sixers won 109-102, despite 26 and 6 from John Wall. The Sixers will try to run the Wizards off the court again and although their last game against the Warriors was certainly cause for concern, I’m more worried about the Wizards’ seeming inability to play anything resembling defense.

How much do the Wizards have to start to consider tanking? I know all the messages out of Washington and the recent trade would indicate that Washington believes it can slide into one of the lower seeds in the Eastern Conference, but it has a brutal schedule coming up: at Philly, Brooklyn, at Oklahoma City, at Dallas, at San Antonio. Even if the Wizards beat the Sixers, they’re seriously looking at a 1-7 start. I’m not even sure how you blow this team up — they have no tradable assets outside of Beal and Wall, who are untouchable. They basically strapped in for a .500 season, hoping it would attract a free agent and build Wall and Beal into All-Star-caliber players. If they start 1-7 or 2-6, what can they really do but just pray for good health and a change in luck?

Take the Sixers and the points here and throw yourself a Sixers cheering party. I’d also consider the over, but there’s a decent chance this game just turns into an unwatchable sub–40 percent chuck-fest starring Trevor Ariza, James Anderson, and Tony “It Was” Wroten.