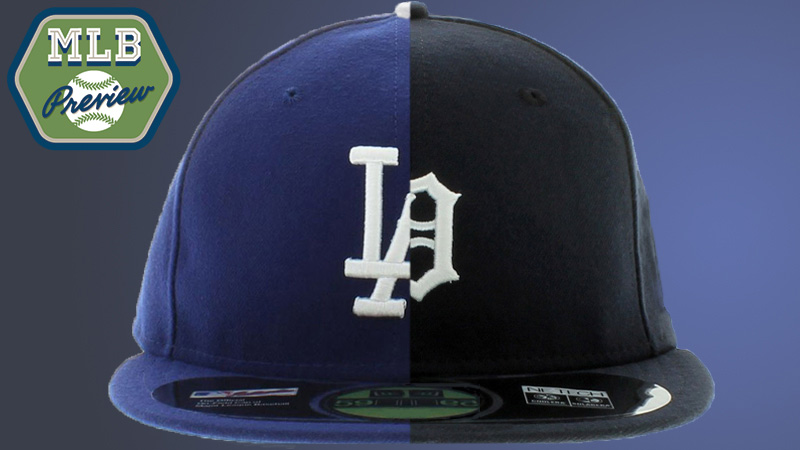 One day last fall, as I walked to my gym in downtown Los Angeles, a homeless man spotted me in my Tigers cap. “Hey, Tigers!” he called out to me. “I like the Tigers! I’m picking them and the Dodgers in the World Series this year.” I avoided making eye contact with the gentleman and hurried past.

I gave this cheerful guy the cold shoulder not because I can’t face life’s harsher realities, but rather because he had just described my baseball nightmare. I’m a native Michigander who grew up a Tigers fan, but in the eight years since I moved to Los Angeles, I’ve become a Dodgers fan, too. When I passed this man, the 2013 playoffs were in full swing, and my two baseball loves were on a potential collision course.

As last season wore on, and the Dodgers mounted one of the most spectacular second halves in recent memory while the Tigers held on for dear life in the AL Central, friends and coworkers started to put the question to me: Who are you going to root for if they meet in the World Series?

I can appreciate anyone who would say, “You root for the team you grew up with, you traitor. This isn’t even a debate.” My dad is one of those people. So are, like, all of my friends and coworkers. (I took a good amount of shit in the office last year for alternating Tigers and Dodgers caps seemingly every day. I started to feel like that New Yorker cover with Hillary Clinton, although I certainly wasn’t trying to curry any favor with my dome choices.) 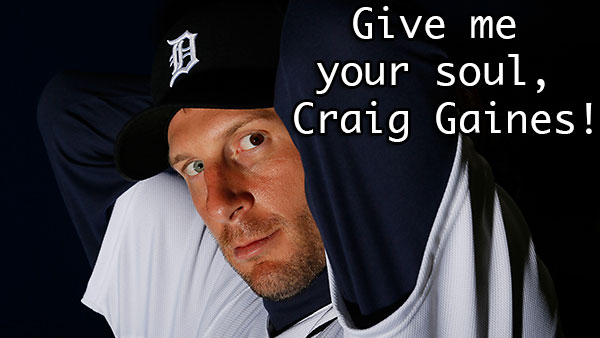 I couldn’t rationally convince myself to favor one team over the other, though; the emotions I felt when either team won or lost were too real. I might have been a phony, but I wasn’t faking it. Each team represented discrete, foundational moments in my life. Along with my beloved Bad Boys, there was no team more important to me than the Tigers when I was growing up in the ’80s and ’90s, no matter how dismal they were for much of that time. When my life flashes before my eyes, I won’t complain if the final image is the first view one got of the field at Tiger Stadium after emerging from its dank interior. I was too young to remember the world champion 1984 team, but that didn’t stop me from reading Bless You Boys. Hell, my greatest Halloween costume was when I trick-or-treated as Matt Nokes.

But I’ll be damned if the Dodgers didn’t sneak up on me sometime after I came to Los Angeles in 2005. I moved here under fluky circumstances, but I rapidly fell in love with every single inch of the city: the people, the food, the architecture, the cultural institutions, the neighborhoods, the history (it’s there!), shit, even the freeways. All that love needed a team. I can’t ever fully love the Lakers, and I regrettably missed the bus on hockey. But with the Dodgers, it was just so easy. After Tiger Stadium was demolished, Dodger Stadium assumed the mantle as Major League Baseball’s most spellbinding park. The Dodgers had an inspiring, progressive history (well, aside from when the team and the city forcibly relocated residents from Chavez Ravine to build the stadium … and Al Campanis; OK, let’s just move on). The story of the Dodgers’ move to Los Angeles and subsequent inclusion in the social fabric was a neat parallel to the city’s rocket-like rise in the 20th century. And, most importantly, the Dodgers were a National League team. What were the odds they’d ever face the Tigers in the World Series? 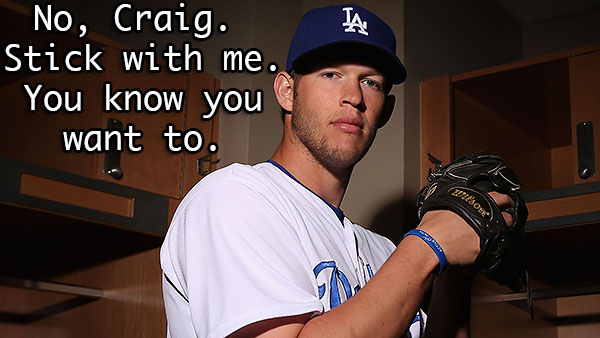 Last season, for the first time since I’d become a double agent, those odds were pretty good. We all know what the Dodgers did after the All-Star break, and the Tigers rode Miguel Cabrera’s bat and Max Scherzer’s arm through a slog of a season that saw them beat the Indians by a game in the Central. I was filled with a toxic combination of glee, guilt, and dread during the League Division Series, and then mostly just guilt and dread at the start of the League Championship Series.

Of course, I ended up learning that the only thing more wrenching than watching two teams you love face off is watching two teams you love lose in excruciating fashion. L.A.’s and Detroit’s biggest respective bats were silenced by injury (Hanley Ramirez was assassinated by a Joe Kelly fastball and Miguel Cabrera played on a virtual peg leg), and each team lost 4-2 to loathsome foes in red.

But that was last year. The voice of the turtle will soon be heard in our lands once more, and both teams are again primed to simultaneously thrill and terrify me. Detroit’s middle infield, with new second baseman Ian Kinsler and a full season of the wizardly Jose Iglesias at short, will be the strongest it’s been in years. And while Cabrera will be a defensive adventure no matter which corner of the infield he holds down, no one in Southeast Michigan is complaining about his return to first (nor about losing Prince Fielder’s glove). New manager Brad Ausmus is taking a calculated risk by putting minor league offensive phenom Nick Castellanos at third, but I’ll bet my Cecil Fielder–signed baseball that Castellanos won’t end up with a bloody face. The left-field platoon took a hit when back surgery forced Andy Dirks out for eight weeks, leaving offseason pickup Rajai Davis all by his lonesome (with a possible assist from everyone’s favorite scrapper, Don Kelly), but center and right are in stable hands with Austin Jackson and the ageless Torii Hunter. (Hunter is still ageless, right? Tell me he’s ageless for at least one more season.)

In Echo Park, meanwhile, all eyes are on the outfield and second base. The Dodgers are saying that Matt Kemp is inching toward a full return, but until he’s smacking balls and walls again on a regular basis, fans will be nervous that what once promised to be a legendary career has been cut too short. And now that the sneaky-solid Mark Ellis has signed with St. Louis (yo, Cards, what’s with you guys snapping up all my teams’ middle infielders?), manager Don Mattingly has a whole lot of meh to choose from for a replacement at second.

The Bums and Bengals both boast superlative top-of-the-rotation starters (and Justin Verlander says he’s feeling good after offseason surgery on some injured core muscles), but general managers Ned Colletti and Dave Dombrowski have tinkered with their back-end starters. Free-agent pickup Dan Haren will provide solid depth in Los Angeles, and will join Clayton Kershaw, Zack Greinke, and Hyun-jin Ryu to form one of the strongest rotations in the NL. The Tigers surprisingly traded Doug Fister to the Nationals (as Jonah Keri says, maybe we should just trust Dave on this one), but if Drew Smyly can make a successful transition to full-time starter, the Tigers’ staff should be in similarly dominant shape.

All of which leads to the most pressing question entering the 2014 season: If the Dodgers and Tigers both realize their potential and end up clashing in the World Series, which team will I back? Well, late in the League Championship Series last year, when things had gotten bleak and baseball fans everywhere were coming to grips with facing another Boston–St. Louis World Series, I finally figured out the answer. The Dodgers represent all the possibility of my new life on the West Coast. They’ve been there as I’ve learned to negotiate this megalopolis and find my place here. But the Tigers represent my roots. After my parents, one of the earliest voices I remember recognizing was George Kell’s. The Dodgers are friends, but the Tigers are family. And you never go against family.

You Can Go Home Again: Eight NHL Players Who Pulled a Luongo