Michael Sam’s Reality Show vs. the Reality of the NFL 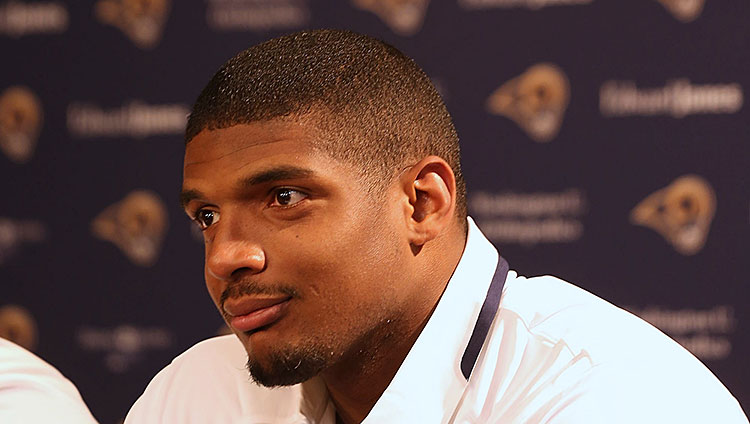 This week, a potential reality show centered on Michael Sam and airing on Oprah’s OWN joined Alejandro Jodorowsky’s Dune and Stanley Kubrick’s Napoleon on the list of moving pictures we’ll never get to see. And like Napoleon and Dune, Sam’s show, which would have chronicled the seventh-round pick’s life after becoming the first openly gay player in NFL history, met its demise thanks to the maneuverings of some very grandiose and silly personalities. (Not Oprah, though. Only love for Oprah.)

As Ira Boudway writes in his sharp postmortem for Businessweek, Sam’s reality show met a premature death at the hands of the NFL and the Rams because it fell under the category of “distraction” — it would’ve diluted the potency of Michael Sam, Football Player, the St. Louis Rams, Football Team, and the NFL, Football League. There’s a long and hot take–filled legacy of athletes’ extracurricular interests being labeled as distractions, but in the NFL, the country’s most prominent sports brand, the word is especially potent. With its larger rosters and faceless athletes, the NFL, more than the NBA and MLB and soccer, places a particular emphasis on the team, the franchise. Ironically for capitalist America’s most popular sport, professional football is a major exercise in socialism.

But the NFL’s problem with the OWN show goes beyond football. “Part of Sam’s misstep was getting above his appointed place in the league pecking order,” Boudway writes. “According to the unwritten rules, a 249th draft pick doesn’t get his own show — just try asking 248th pick Ahmad Dixon about his TV offers.” This is true. It’s also telling. These rules exist within the NFL’s narrative, a carefully and extensively calibrated set of expectations and assumptions that characterizes the career of every single player in the league. Why should a seventh-round pick be less adored and criticized than a first-rounder? Because in the world of professional football, his value has been set by the fact that he’s a seventh-round pick, and it’s up to him to prove in subsequent years that this arbitrary and likely incorrect valuation isn’t on point.

As much as Michael Sam is a trailblazer and a boon for the NFL in terms of its human element, he also poses a problem. Like nearly every other player in the league, Sam’s fame is enabled by his athletic abilities. Unlike nearly every other player in the league, though, Sam’s fame also transcends his physical reality, and even his potential. Even if he never made it onto an NFL roster, Sam’s place in history and the cultural pantheon was established as soon as he made the courageous and unprecedented decision to come out before the draft. And this means his narrative exists outside the NFL’s.

The NFL’s brand is suffocating and impenetrable; it fines players $10,000 for wearing unapproved hats and the wrong color shoes. The public appearances that players do make outside of a football stadium are usually team-sponsored and endorsement-focused. Sam is showing that his power and significance don’t depend on the league. Against the backdrop of the increasing opportunity, through the Internet’s king-making, for individual athletes to build and customize their public brands, the NFL is resisting Sam’s right to explore his reputation in the way he would like.

Michael Sam’s OWN show wasn’t Hard Knocks, and it wouldn’t have happened on NBC or ESPN or CBS or Fox, so it had to die. But Sam’s narrative doesn’t exist within the NFL’s. Even if he isn’t bigger than the league, he’s big enough to have his own slice of the public’s attention. The NFL will either have to choose to acknowledge that, or it will risk quashing one of the most unique and significant characters to ever enter its fold.

We Went There: God Loves Cleveland and 24 More Notes From Inside the NBA Draft Lottery