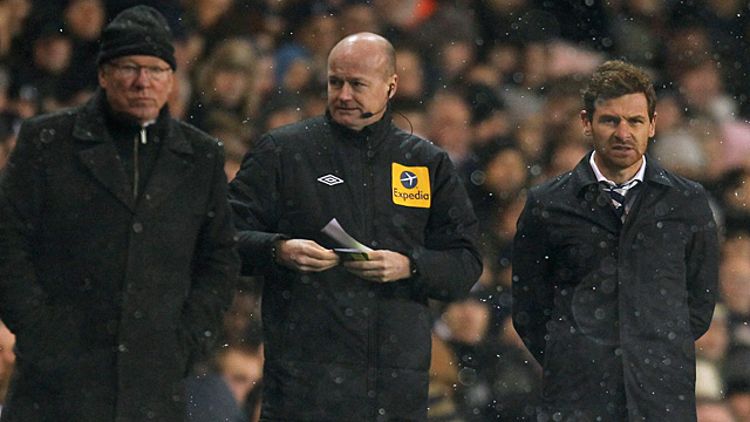 It was a snowy weekend of mid-season football in the Premier League, with the weather providing a cleansing effect for Clint Dempsey in Tottenham’s home meeting with Manchester United. After close to 93 minutes of disappointing form, Deuceface slotted home the equalizer as America, Andre Villas-Boas, Manchester City, and Under Armour all rejoiced. In this week’s Men in Blazers podcast, Michael Davies and Roger Bennett review the title race that’s back on, only because it was never really off. But it’s not only the glory of the top of the table that’s up for discussion. The Blazers also consider the relegation battle and bid sacked Southampton manager Nigel “Happyface” Adkins farewell.

To add a modicum of intelligent insight, Fox Soccer’s very own Rob Stone drops in to recap the Brek Shea saga and shed light on what life is like these days for a soccer- and cheerleader-lovin’ American at the network that gave us Cleatus the dancing robot.