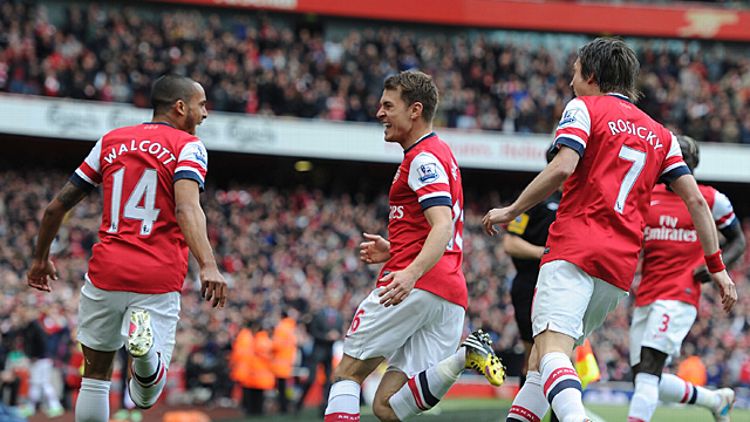 There’s too much football, so says MLS commissioner Don Garber. But for the Men in Blazers, there’s not hardly enough. In this week’s pod, Michael and Roger consider it all — from these fine shores to Prussian dominance on the continent — before returning to recent developments in the English Premier League. It’s around the football world in 60 minutes of suboptimal podding.

We start things off in the US of A, dateline 2013. Michael and Roger hail the reported news that MLS will soon welcome a proper oil sheik to its mix of owners — all it needs now is a Russian oligarch with an affinity for miniature giraffes to be considered a bona fide top flight. And in keeping with the Stars ’n’ Stripes palette, Good Morning America’s Josh Elliott returns to the pod to discuss the agony and fleeting ecstasy of being an Arsenal supporter. And though he’s a recent convert, his apocalyptic prescription for the season’s conclusion shows he’s true Gunner through and through.