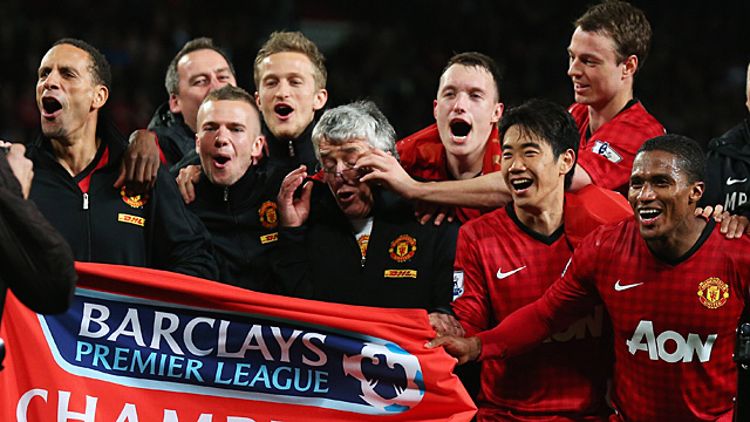 The Battle for Third and Fourth is now officially under way. On Monday, Manchester United and their ragtag ensemble wrapped up their 20th league title in impressive fashion (move over, Don Nelson, the mad scientist officially resides at Old Trafford). Still, few headlines were devoted to Sir Alex & Co.’s accomplishment. Earlier in the weekend, Liverpool’s Luis Suarez once again proved there was still plenty of crazy left in England’s top flight when he gnawed on Chelsea defender Branislav Ivanovic in the course of a 2-2 draw. In this week’s pod, Michael and Roger review the implications for Liverpool and their American owners as well as what’s in store for Suarez’s 72 pearly whites.

The Men in Blazers revel, as always, in their weekly telegrams from GFOPs across these fine lands, inquiring about footballers’ peculiar sweating habits and how to best consume a midgame pint or five, and end the pod with breaking news about the Men in Blazers National Team. Courage.