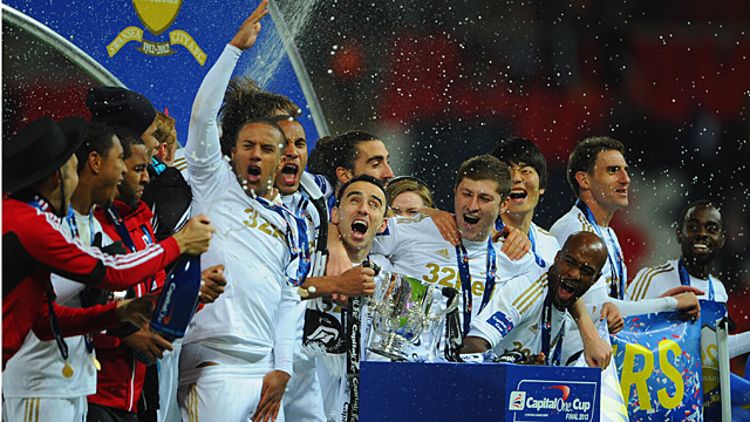 Enough talk about the dire states of Arsenal and Liverpool, it’s time to get #Positive. In this week’s pod, the Men in Blazers revel in the otherworldly form of Tottenham’s Gareth Bale as well as the first-ever trophy for Swansea.

More trumpets! A new season of Major League Soccer is upon us! Just as two former MLS mainstays, Brek Shea and Kei Kamara, made an impact for Stoke and Norwich last weekend, it’s now time for the league’s 18th year. To mark the occasion, Michael and Roger celebrate the MLS-ification of the EPL by welcoming GBOP (Great Bro’ of the Pod) Kyle Beckerman for an in-studio visit to the Crap Part of Soho. The Real Salt Lake veteran discusses his love of Ping-Pong, how the league has grown since he was just a dreadlock-less lad, and his preference for grass. A true American hero.

And you can win exclusive paraphernalia signed by him — a comb, of course — by entering the Men in Blazers Great Becker, Man Hair Swap.