Managing The Managers In The MLB Playoffs 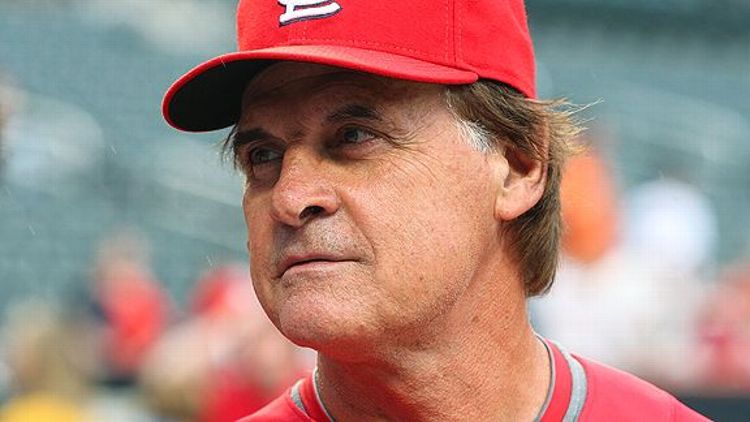 Managing in the major leagues is a thankless job, because it’s really two jobs in one. For 162 games, there’s nothing more important to your success than finding a way to manage 25 players and their egos, motivating your charges while maintaining their respect. If you lose the clubhouse, you lose the team, and you’ll probably lose your job. Ask Terry Francona how he’s feeling these days.

If you’re fortunate enough to guide that motley collection of ballplayers into the postseason, a different spotlight turns on. Now it’s taken for granted that you’ve got your players focused on the task at hand and all pulling in the same direction. Now what matters are your tactical decisions, and in the white-hot crucible of a best-of-seven or even best-of-five playoff series, every decision matters. A single blunder can cost you a game, and a single game can cost you your season. How do you think Francona got the Red Sox job in the first place?

The skill set needed to manage your way to the postseason isn’t the one needed to succeed there. Sometimes, managers make smart moves, and sometimes, they go all Grady Little on you.

Three weeks ago, Matt Moore was the top pitching prospect in the game, but had never spent a day in the major leagues, and was about to be shut down for the season before the Tampa Bay Rays suddenly realized they were still in a pennant race.

Friday night, after just three games and nine innings in the majors, Matt Moore became the most inexperienced pitcher ever to start Game 1 of a playoff series.

Sometimes, you’re stuck between a rock and a hard place. Ryan Braun and Prince Fielder have crushed opposing pitchers all season long from the 3-4 spots in Milwaukee’s lineup, and against the Diamondbacks on Saturday afternoon they did the same. With two outs in the bottom of the 7th, Braun doubled off starter Ian Kennedy. Diamondbacks manager Kirk Gibson chose to pitch to Fielder, who hit a laser beam into the right-field stands, expanding the Brewers’ lead to 4-0.

It was a curious decision for Gibson, given that 27 years ago he was the man that should have been intentionally walked. In Game 5 of the 1984 World Series, Gibson was at the plate with the Tigers holding on to a 5-4 lead and men on second and third with one out. Gibby had already homered earlier in the game and was hitting .345 in the playoffs that year. The Padres chose to pitch to him, and he hit a three-run homer off Goose Gossage that all but clinched a world championship for Detroit. (After the game, Gibson admitted he erred in letting Kennedy pitch to Fielder. “I left him in, it was a bad decision on my part obviously … it was my decision to let him do it that way. It didn’t work out.”)

The same scenario presented itself on Sunday — Braun doubled with two outs in the third inning, and Gibson once again elected to pitch to Fielder. Fielder singled to drive in Braun. Then Rickie Weeks, who Ron Roenicke installed in the no. 5 spot late in the season precisely to give Fielder some protection, tripled him home. Sometimes, you’re damned if you do and damned if you don’t.

There is a third way, however. In the bottom of the sixth inning, with two on and one out, Gibson brought in left-handed specialist Joe Paterson to pitch to Fielder. The move worked — Fielder struck out, and right-hander Bryan Shaw came in to retire Weeks. The only problem: the Brewers had already scored five runs in the inning to ice the game, and the series heads to Arizona with Milwaukee up two games to zero. Gibson, in his first full season as a manager, may have finally hit upon the right solution to the problem of Fielder. Unfortunately, it was a little too late and now he has a much bigger problem to solve now.

Gibson’s mis-handling of Fielder can be forgiven; it’s his first time managing in the playoffs, and the Brewers were already ahead in each game. Tony La Russa had no such excuse.

La Russa has managed 33 years in the majors and has won 2,728 games; next year, in all likelihood, he will pass John McGraw as the winningest manager in major-league history. Quick aside: Connie Mack is the winningest manager in history, with 3731 wins over 53 seasons. Mack, though, had the advantage of owning the team he managed, and lasted in the dugout until he was 87 years old and in his final years most of the decisions were being made by his subordinates. Back to Tony … he has done more to influence the evolution of the modern bullpen, including frequent pitching changes and relievers who come in to face a single batter, than anyone in the game.

Which makes his decision making, or lack thereof, in Saturday’s opener that much more baffling. The Cardinals had garnered a surprising early lead against Phillies ace Roy Halladay on a three-run homer from Lance Berkman, and starter Kyle Lohse had made that hit stand up; the Cardinals headed to the bottom of the sixth leading 3-1.

But Lohse gave up a pair of scratch singles, which brought Ryan Howard to the plate with the tying runs on base and just one out. Lohse was pitching well to that point, but he’s still Kyle Lohse — the guy with the career sub-.500 record and 4.64 ERA, the guy who was only starting Game 1 of the playoffs because ace Chris Carpenter was needed to close out the regular season.

Since World War II, 29 left-handed hitters have slugged .500 or more in a career of 3000 or more plate appearances. Of those 29, only Jim Thome — who Howard coincidentally replaced as the Phillies’ first baseman … has a platoon split as large as Howard’s. The way to beat him — and the Phillies — is to torture him with left-handed relievers at every opportunity.

Instead, La Russa let Lohse face Howard, who went boom-boom to right field, and the Phillies had a 4-3 lead. La Russa even left Lohse in to face Shane Victorino, who singled, and Raul Ibanez, a left-handed hitter who at this point in his career is even more vulnerable to left-handed pitching than Howard is. Ibanez homered as well, and the rout was on.

But say this for La Russa — he didn’t get to where he is today by making the same mistake twice. Last night, after the Phillies scored four early runs off Carpenter and threatened to run away with the series, he emptied his bullpen in an effort to scratch out a win.

La Russa pinch-hit for Carpenter in the top of the fourth, in the midst of a three-run rally that brought St. Louis within a run. He turned to Fernando Salas, who pitched two perfect innings, and then Octavio Dotel retired all four batters he faced. Meanwhile, the Cardinals tied the game on a two-out single in the sixth, and took the lead when Albert Pujols drove in a run in the top of the seventh.

And then La Russa went crazy. Left-handed specialist Marc Rzepczynski got the last two outs of the seventh inning, but nicked left-handed hitter Chase Utley with a pitch to lead off the eighth. Howard loomed two batters away, but La Russa wasn’t about to let anyone bat with the platoon advantage if he could help it.

Rzepczynski made way for right-hander Mitchell Boggs, who got Pence to ground into a fielder’s choice. Then Boggs was pulled for Arthur Rhodes, the other left-hander in the Cardinals’ bullpen, who is 41 years old and was released by the Rangers earlier this year. Rhodes struck out Howard on three pitches.

That brought switch-hitting Shane Victorino to the plate, and La Russa emptied the last bullet in his gun by bringing in his closer, Jason Motte. (The only pitcher left in his bullpen was Jake Westbrook, the team’s no. 5 starter being stashed away as an emergency reliever in the playoffs.) Motte got Victorino to fly out, then retired the side in order in the ninth, and the Cardinals had escaped with a one-run win and head home to St. Louis with the series tied.

In all honesty, the way La Russa managed the last two innings of last night’s game wasn’t much different from the way he’s managed regular-season games for the last two decades. In the regular season, though, you have to balance the desire to win today’s game with the desire to keep your bullpen healthy and fresh all season long. In the playoffs, all that matters is winning in the here and now. La Russa got away from that on Saturday, tried to get cute, and got burned. On Sunday, he threw caution to the wind and pulled out a win his team desperately needed. There’s a reason he’s been around for 33 years.

Yankee Desperation and the Everything Game