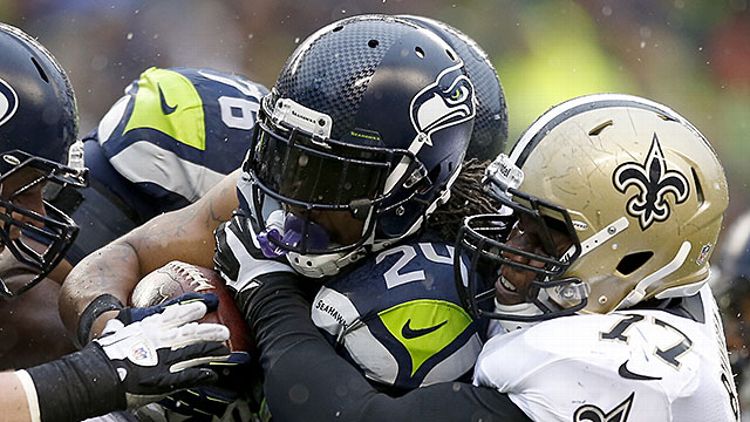 You didn’t think his day of ass-kicking in Seattle could get any better, but then you saw this picture of Marshawn Lynch on Saturday morning before the Saints game.

This is why the Internet’s worth it. Because we find out about stuff like this. The Lamborghini, the pregame doughnuts, the sweatshirt … Listen, that sweatshirt. It would be obnoxious on 99.9 percent of humans. But on Marshawn Lynch? It’d be weirder if he weren’t walking around in a shirt telling the entire world to go fuck themselves.

Beast Mode until the end of time.