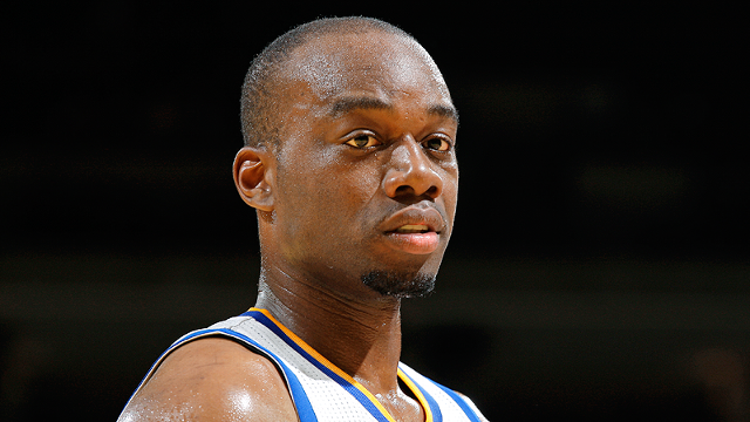 The NBA loves its stars (and so do we), but often, it’s the bit players who are just as essential in defining a team’s identity. Whether it’s a high-profile sixth man, or the guy on the end of the bench, they fit (or don’t) because of how everything else fits. As the great Lester Freamon once said, “All. The Pieces. Matter.” With that in mind, here is the first in a series of profiles looking at the best role players in the NBA.

Carl Landry knew early. The Warriors were opening their season in Phoenix on Halloween night, and with 1:04 left, Landry’s new team had the ball and a one-point lead. Landry had scored 10 of the 20 points in the final quarter, and when it came time for Mark Jackson to draw up what he hoped to be the dagger, it was Landry who’d have the chance to plunge it in.

As Jarrett Jack dribbled near the top of the key, Landry jogged toward him as if to set a screen. Rather than make contact with Jack’s man, Landry kept on moving, Marcin Gortat flashed to the middle to help on the non-existent screen, and Landry was left all alone near the right elbow. Taking the pass from Jack, Landry pulled up from 17 feet and, like that, it was 87-84 with less than a minute to go.

“I’m a bench guy,” Landry says. “You’ve got Steph on the court, who’s a potential All-Star. You’ve got David Lee, who’s an All-Star. For [Coach Jackson] to put the ball in my hands at the end of the game and trust that I can knock down that shot, right then and there I knew it was going to be a fun year.“

Three months later, the Warriors are playing the Suns again, this time in Oakland. Two weeks from the All-Star break, Golden State is 29-17, good for the sixth-best record in the Western Conference. The 29 wins are eight more than Landry had all of last season in New Orleans.

When that season ended, and the 28-year-old Landry became a free agent, he had his share of suitors. A proven NBA commodity who’d never averaged less than 15 points per 36 minutes, he’d garnered interest from the Bobcats, Timberwolves, and others. In mid-July, he took a flight to Las Vegas for the NBA’s summer league to hear another pitch, this one from Warriors GM Bob Myers and head coach Mark Jackson.

Dinner went well. Landry says he loved the way Jackson talked about the game and felt like the two had a connection from the moment they met. “He’s a player’s coach,” Landry says. “A lot of times, you get coaches who played 50 years ago, and they’re so-called player’s coaches. I grew up watching Mark.” The group shook hands, and as Landry made his way through the halls of the Mandalay Bay, he ran across a familiar face: Jarrett Jack, a teammate for the past two seasons in New Orleans, was on his way to his own sit-down with the Warriors’ brass. He’d been traded just a few days earlier and was meeting with Jackson for the first time. “When we got to the table,” Jack says, “I was like, ‘Look, if y’all don’t know the kid, he’s a great dude. He can score. It’s not a lot to coach him. He loves to play basketball. He works hard. What you know of him is what it is.’”

A couple of weeks later, Landry took a lesser deal &#8212 two years and $8 million — to come to Golden State. He and Jack, Jerry West says, have brought the Warriors something they didn’t have last season. The two have combined to form one of the stronger benches in the NBA, and to hear Landry tell it, that they came together has played a part in that. “It’s almost like going to a new school and not having any friends,” Landry says. “When you have your best friend, your friend that you’ve known for years, come to the school with you, you have someone to eat lunch with.”

They shared notes as they looked for houses. When Landry didn’t understand a play early on, Jack was a familiar, judgment-free source. What’s come of it is both enjoying their best NBA seasons to date. “I’ve had some up and down seasons the last couple years,” Landry says. “This is a team that’s not playing for a draft pick. This is a team that’s not playing to rebuild. This is a now team.”

Landry grew up in Milwaukee, and initially, basketball didn’t come easy. As a freshman, he was cut from the team at Harold S. Vincent High School. As a sophomore, he barely slipped onto the roster. Landry deferred to what he says was an exceptional group of scorers, and when it became time to consider his basketball future, his single-digit scoring average landed him in junior college.

It was in his first season at Vincennes University that coach Dan Sparks pushed Landry in the direction that would eventually define his game. “One day he told me to look at the rim,” Landry says. “And at that moment, the rim was almost as big as this gym.” Landry averaged more than 19 points a game that season and was named a Junior College All-American before transferring to Purdue. In West Lafayette, the scoring binge continued. Landry averaged 18.4 points per game in his three seasons, and he was taken with the 31st overall pick in the 2007 draft.

That Landry’s offensive development came late is strange, mostly because the skills that have allowed him to succeed seem innate. In today’s NBA, David Lee says, there are concerns about “undersize” college big men being able to get shots off against defenders who are suddenly much bigger than they are. “In college, you can bully everybody,” Lee says. “Here, that’s not possible. I would say two of the best at doing it are Zach Randolph and Carl.” Rarely does Lee see the (generously listed) 6-foot-9 Landry’s shot blocked, and when it is, “he’s walking to the line to shoot two free throws.”

Coming into the season, Golden State envisioned a frontcourt pairing of Lee and Andrew Bogut — a combination of offense and defense that would give the Warriors a balance they’d lacked in years past. But with an ankle injury limiting Bogut to just eight games so far, it’s given Lee and Landry a chance to develop into one of the more offensively adept frontcourts in the NBA. Their 111.2 offensive rating and 6.6 net rating are the team’s highest for any two-man unit that’s played at least 500 minutes.

Any lineup with Lee and Landry is going to score (combined, they average 34 points per 36 minutes over their careers), but what Landry says is new for him is how well the ball moves. The team’s 19.6 assist ratio with him and Lee on the floor is its best, and Lee’s personal figure of 18.5 is the highest of his career — a fact that’s at least partially attributable to Landry.

Watching Landry work around the basket is a lot like watching a great tight end in the open field. He works his way into the voids of a defense, and after finding them, settles there. According to Synergy Sports, Golden State averages 1.391 points per possession (a number in the 86th percentile) when Landry makes a cut. Where he’s best is actually as the weak-side big man opposite a pick-and-roll. As the defense commits to the ball handler, whether it’s Jack or Curry, few are better than Landry at sliding to the rim for sure buckets. “I think he’s the best in the league at working the baseline,” Lee says. “He’s a guy that the defense always seems to lose.” It’s that knack for finding open space, combined with his excellent hands, that Jerry West says makes Landry invaluable.

On the other end of the floor, Landry ideally represents for what’s taken place in Golden State all season. The Warriors’ offensive rating of 104.4 is barely more than a one-point improvement from the 23-43 team of a year ago. The change has come on defense, where they’re more than three points better per 100 possessions. Bringing Bogut into the fold was supposed to mean that type of shift, but what’s strange is that they’ve made that leap without him. They’ve become a better defensive team without adding better defensive players, something that Landry says is a product of shared accountability. “Even the young guys now, 45, 50 games into the season, are upset when they make a mistake defensively,” Landry says.

As Jackson eases Bogut back into the lineup, it will likely mean fewer minutes for Landry and fewer shared minutes for the pairing of him and Lee. Golden State’s two best offensive lineups — both featuring Curry, Klay Thompson, Landry and Lee — struggle enough defensively that Bogut will be a welcome addition. Mark Jackson says he has little concern about how the minutes will be allocated among the three. In the short-term, there are likely to be some stops and starts configuring a new rotation, but what’s different about this year’s Warriors team is that there are bigger goals in mind. “I’ve been in some situations where 50 games into the season, the season was over,” Landry says. “No matter who we have out on the court, I’m just happy to be here. I’m happy to be winning.”

The Warriors slog through the first half against Phoenix, and after two quarters, they trail 52-48. The team that comes out for the third quarter finally looks like the one Oracle Arena has seen for much of the season. In his first game back after missing two with an ankle injury, Stephen Curry is shooting from unconscionable distances — and the ball is going in. With three minutes left in the quarter, the lineup of Curry, Klay Thompson, Harrison Barnes, Lee, and Landry has built a 73-68 lead.

Everything about the Warriors has the feel of a young team enjoying unfamiliar success. Finally back on the floor, Bogut was taking reporters’ drink orders in the locker room before tip-off while Jarrett Jack was busy making cracks about Richard Jefferson being 40. “We’re playing with so much enthusiasm, we don’t know if it’s the fifth game or the 45th game,” Jack says. “A lot of guys, you get to this point in the season, and it’s, ‘We’ve got how many more games left?’”

As the teams head to the bench for a timeout, attention gradually shifts to the gag on the jumbotron above. Various Warriors are listing their five favorite athletes. Charles Jenkins names himself &#8212 five times. Charlotte native Curry includes two Panthers. Jack is last, and with his fifth choice, goes with none other than Mark Jackson. The crowd cheers, and Jackson wraps an arm around Jack’s neck as both stand near the scorer’s table.

On the first possession, Curry buries another 3. As the Suns come back down the floor, it’s Landry who tips a Markieff Morris pass into the waiting hands of Thompson. The Warriors sprint down on the break, and Landry finds a path to the rim, takes a pass from Thompson, and lays the ball in. Phoenix calls timeout. The points are Golden State’s 29th and 30th in 10 minutes. They lead by 10. They win by twice that.