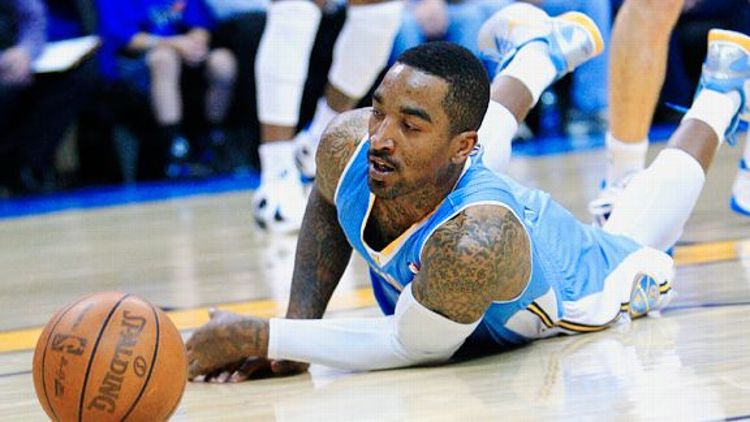 Thanks to Friend of Grantland, Michael, who e-mailed boss of Grantland Bill Simmons last week about the NBA lockout. Yeah, yeah, we know it’s over now. But we’re running this e-mail anyway! Because we like how you think, Michael. Thanks for writing!

If you need to get anything off your chest, e-mail us at triangle@grantland.com. We’re very good listeners.

Hi Bill, I know you’re a fan of conspiracy theories so I wanted to share my current belief with you. J.R. Smith knows everything about the NBA lockout.

Basketball fans need not follow Ken Berger on Twitter waiting for any and all updates about the lockout. Want to know how things are going? Simply track J.R. Smith.

Smith was one of the first players to head to China to play basketball during the lockout, he knew this thing was ugly and he knew the season very well could be missed. Recently, however, several events have occurred that lead me to believe the lockout may be ending, and all the proof you need lies with J.R. Smith.

The league says it needs a month to prepare for the season, one of the league’s biggest day for games is Christmas. The deadline to resolve the labor issue in time for games to be played on Christmas is quickly approaching.

[Last week], J.R. Smith “injured” his leg in a basketball game in China. Smith then refuses to be evaluated by team doctors and insists on getting his own, independent consultation on the injury. The general manager of the teams implies that he believes Smith may be faking the injury to get out of his contract. But why would Smith do that?

Flash forward to today [Nov. 23], Adrian Wojnarowski reports that the league and the lawyers representing the players have held secret discussions the past two days and were planned to continue talks today.

Previous labor negotiations didn’t convince Smith to stay stateside but at the same time these secret negotiations are occurring Smith is faking leg injuries trying to get out of China.

Coincidence? I think not! Ladies and gentlemen, look no further then J.R. Smith for a true barometer of how the labor negotiations are going. No more unnamed sources, simply check in with Smith.

I look forward to a day-long diary of you watching the NBA on Christmas.

The Fabulous & the Flops of Week 12