Jerry Jones Stands by 2008 Draft, Continues Distancing Himself From Reality 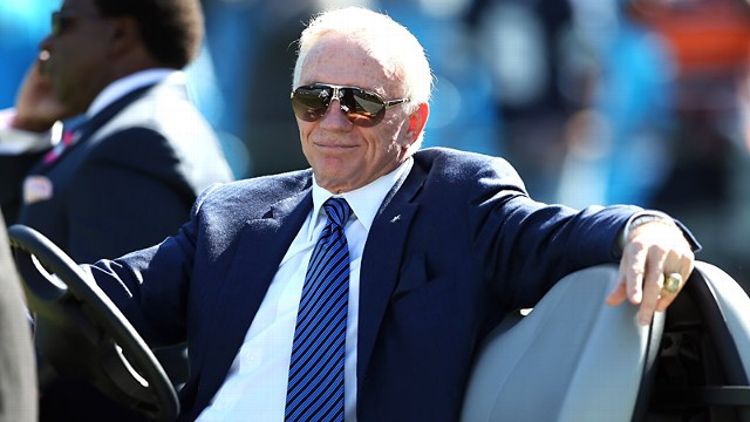 Earlier today, David Moore, of the Dallas Morning News, posted a story on the paper’s website laying out Cowboys owner Jerry Jones’s thoughts on the team’s 2008 draft class — for which, of course, he is responsible.

“We got starting time out of both of them,” Jones said. “That’s not enough, but those guys aren’t NFL busts.

Typically, draft classes are evaluated four years after they happen, so obviously, we’re way past that. Even if we rewind a bit farther, though, I’m not sure he should be all that proud. As Josh Dubow of the AP tweeted earlier today, Pro Football Focus has Mike Jenkins allowing quarterbacks a passer rating of 108.4 in balls thrown his way during the past three seasons. I guess Felix Jones’s 5.9 yards per carry (for a total of 685 yards) in 2009 was pretty good, though. And in fairness to Jerry, Jones’s 2,728 career yards are, like, 700 more than Chris Johnson (taken two picks later) had in 2009.

This curious draft analysis is the latest in a series of statements that might call into question Jerry’s grip on reality (another being his assertion that Dallas’s offensive line can afford some holes, thanks to Tony Romo’s niftiness). The question isn’t whether this disconnect now exists, but what the source of it might be. My own theory is that Jerry is simply a victim of human nature. The man experienced a ton of early success, and now that he’s gotten a bit older, he’s settled into the machinations of the Dallas Cowboys machine and chilled out a bit. His quadrillion-dollar stadium plays host to Super Bowls, boxing matches, and half empty NCAA Tournament regionals, so really, why sweat the whole winning thing? It’s not like those 2008 guys didn’t play. They totally played! And shouldn’t that be enough?

Another hypothesis comes from fellow Triangle editor Chris Ryan’s thought that Jerry might be taking this whole Jerry’s World thing too far and has started living in the Cowboys Stadium JumboTron, where I can only assume he acts exactly like Ed Harris in The Truman Show, complete with Kangol, (impeccably clean) glasses, and “I made you, I can destroy you” attitude.

In any case, it’s probably best if Jerry just takes it easy on the public comments for a bit. Well, at least until the Cowboys cut Doug Free, and he has to explain that no, really, they meant for that contract to go south. It’s allll part of the plan.

Check Out This Letter Bill Clinton Wrote Chris Webber in 1993, After the Infamous Timeout