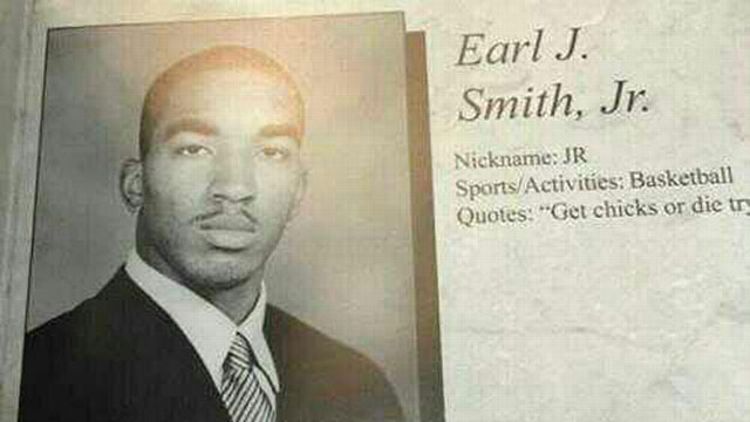 There is something almost cosmically perfect about the NBA having to take a position on the subject of players untying their opponent’s shoes because of J.R. Smith. It’s like having to stop a stockholders’ meeting to ask someone to stop saying “Guess what? Chicken butt.” Rod Thorn, the NBA’s executive vice-president of basketball operations, had to spend some part of his week putting a dollar amount on a prank that most people lose interest in roughly two years before they stopped collecting pogs. Even for the eternal state of extended adolescence that is life as a pro athlete, this is kinda remarkable.

For Smith, getting fined five figures for attempting to untie a dude’s sneaker (after being warned by the league about it) is just one more bullet point in the spreadsheet of absurdity that catalogues his career transgressions against various aspects of league policy and general real-life common sense. These have ranged from age-old NBA no-nos (weed; elbowing dudes in the head) to the genuinely dangerous (reckless driving, including an incident resulting in the death of a friend) to the gray areas at the cutting edge of modern human interactions (tweeting pictures of butts; veiled Twitter threats; “you trying to get the pipe?”). And that’s just in this country. And we — the massive sports/bio-narrative organism — have gotten a lot of mileage out of all of it.

But, at this point, is this even funny anymore? The answer is, I think, it depends.

It depends on your point of view. If you’re a Knicks fan, and some part of your life’s happiness if wound up in the performance of the team, then (1) I’m truly sorry, and (2) it probably isn’t funny anymore. It’s one thing for a team to lose. It’s another thing to consistently lose over an extended period of time. It is yet something else to create a sustained atmosphere of institutional chaos that seemingly draws, moth to flame, one eccentrically immature/uni-dimensional/unpredictable player after another. But that’s exactly what the Dolan Knicks have done, creating a churning, high-speed carousel of players, executives, and staff, all brought in as the ostensible final piece to a puzzle before being jettisoned in frustration for the next final piece, and the next, and the next.

From this perspective, Smith is just one splash of neon in the performance art installation that is Knicks futility. Melo is the star, but J.R. will be this Knicks era’s most memorable player. You’ll laugh about this later. 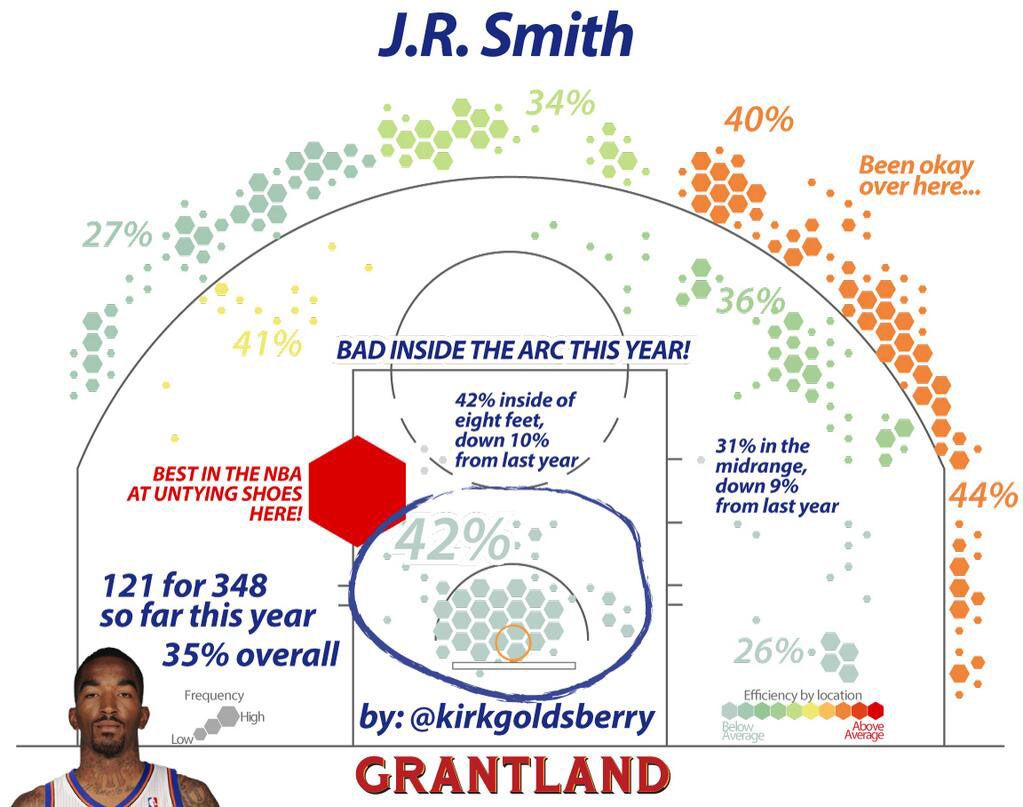 And it depends on the context. If, in life, the difference between an eccentric and a crazy person is how much money they have in the bank, then in the NBA, the difference between unconventional and clown is how much a player’s team wins. We will, it seems, forgive all manner of reprehensible behavior from our athletes, provided they catch footballs in a timely manner and have respectable shooting percentages.

Struggle with your athletic responsibilities, though, and the leash gets very short. Suddenly, what an athlete does in his spare time becomes an almost moral question. How much does this guy make? How long has he been in the league? He’s still doing stuff like this? Circa “You trying to get the pipe?” in the midst of his Sixth Man of the Year season, Smith was a loveable scamp. When Smith was late-night thirst-vamping after Rihanna, shooting sub–30 percent versus the Pacers in the playoffs, we grumbled about his professionalism. Now, with Smith mired in a season-long funeral dirge, handcuffed to the railing of a 12-22 team, his shtick is unacceptable. That’s just how the system works.

And, in a sense, that isn’t fair. J.R. and his game have been the same his whole career. He takes shots, many bad, and sometimes they go in. He does transgressive, boorish, irresponsible, immature things. And, when the shots fall, it’s a really fun ride. When they don’t, it’s just like right now. J.R. gonna J.R. It’s just the context that changes.