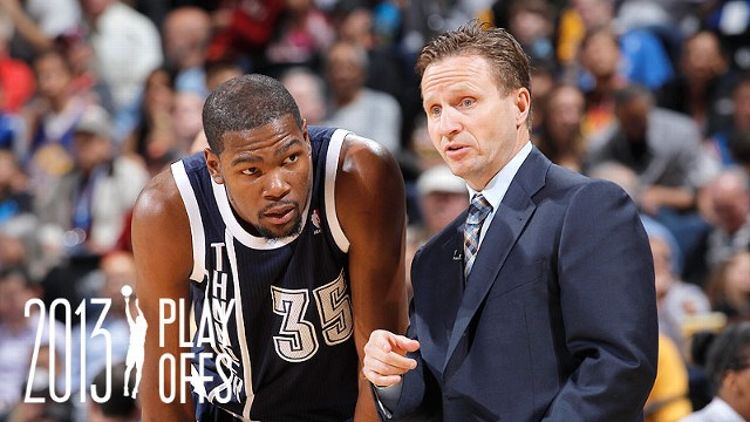 This concludes our look at the sets and actions integral to each NBA playoff team’s success. Read about the Knicks, Celtics, Heat, and Bucks here; read about the Nuggets, Clippers, Grizzlies, Warriors here.

Brook Lopez has emerged as a force to be reckoned with on the block this season, but it’s still Williams who makes this team go. Thanks to improved health, the Nets star guard has been on a tear lately and has transformed the Nets from first-round fodder to an intriguing wild card in the Eastern Conference playoffs. To slow Williams down in the coming weeks, opponents will have to defend an action dating all the way back to the days of John Wooden — the UCLA cut.

The UCLA cut is a simple, straightforward movement that involves the ball handler throwing an entry pass to the wing before making a vertical cut off a big man waiting at the elbow. Though it seems relatively simple, this can be incredibly tough to defend on the NBA level because of the sheer talent of a player like Williams. The Brooklyn guard is adept at taking advantage of any defender who doesn’t display solid technique while navigating the screen.

If the defender handles the original cut without giving up a basket, he still has to deal with the read-based secondary action in this series. If Lopez is on the weakside elbow, Williams will look to come off the UCLA cut and set a rip screen — a diagonal back screen that brings a player into the post — before quickly receiving his own screen in what’s called triangle or screen-the-screener action.

There are other times when the call will be for Williams to come off the original cut at the strongside elbow and into a double stagger on the weak side. Should a defender cheat and beat him to the stagger, Williams is always ready to use a counter to free himself for an easy look.

Finding offense has been a constant struggle for this Bulls team all season. In the absence of Derrick Rose, the team lacks players capable of consistently creating shots off the bounce in isolation or pick-and-roll. This is why they rely heavily on off-ball screens to put pressure on the defense.

Perhaps the most common of these actions is the single-double, during which either Marco Belinelli or Rip Hamilton start underneath the rim and look to cut hard off either a double stagger on one side of the floor or a lone screen on the other side.

Five or six years ago, Hamilton was still a major force in this action, but nowadays both he and his Italian counterpart can only be effective in small bursts. While this partially explains the team’s offensive issues, it doesn’t mean that for this play to be successful it has to result in a made shot by one of those two guards. The larger purpose of this action, like pretty much every NBA play, is to be a mechanism that shifts an opposing defense. That, combined with great ball movement by Hamilton or Belinelli, can often allow the Bulls to find a quality shot for one of their other offensively challenged players.

As head coach Frank Vogel pointed out to Grantland’s Zach Lowe yesterday, the Pacers operate primarily as a post-up team. But with both Roy Hibbert and Paul George tasked with heavy responsibilities on the defensive end of the floor, the team’s offensive success often lies in the hands of its starting point guard.

Finding ways for Hill to get open looks is paramount for Indiana, and even though the David West–Hill pick-and-pop gets more use in crunch time, it’s middle pick-and-rolls with Hibbert that often free up Hill for his best looks.

West has the more dangerous pick-and-roll skill set, but Hibbert is a better counterpart for Hill because unlike his frontcourt mate, he’s a willing and effective screener. If Indiana is going to make a run, it will need Hill to put up points, and it will need this action to make that happen.

It certainly isn’t the most common action in the Hawks playbook, but as the postseason begins, the Smith-Horford pick-and-roll might turn out to be the most vital to the Hawks’ success. Part of that is when Atlanta uses it (the action is a staple of its crunch-time offense), but it’s also because no 4-5 tandem in the league — save for LeBron James and Chris Bosh — presents a more difficult challenge.

As a powerful athlete with a good handle, the erratic Smith is in many ways LeBron lite. And though he’s rarely given the credit he deserves, Horford’s combination of skill and athleticism also plays an important role in the play’s success.

The most important element is that when these two combine for the pick-and-roll near the elbow, both are just steps away from being threats to the basket. Against the Lakers, Horford and his defender, Earl Clark, have each taken one step in opposite directions. The Atlanta big man has used this step to already pose a threat to receive a lob, while Clark’s necessary movement to hedge on Smith has pulled him even farther away from the play.

Since coming to Houston, Harden has been the driving force behind the team’s success. In many ways, he is the embodiment of everything Daryl Morey wants in his Rockets players — all free throws, layups, and 3-point shots. Head coach Kevin McHale helps him in his quest for unrivaled efficiency by putting him in a system that is conducive to racking up these shot types in bunches — the spread pick-and-roll.

Though Harden will run them all over the floor during this possession, he is most often seen attacking opposing defenses with the help of a screening big man in the middle of the court, or the “slot” — the lane-line extended area just past the 3-point arc.

Houston’s bearded menace attacks from here mainly in two ways. The first is with an all-out assault on the rim, when Harden will use his clever footwork or patented scoop move to get to the basket for a layup or a foul.

But if opposing big men drop too deep in fear of Harden beating them to the rim, the Rockets guard will simply pull up at the 3-point line.

The Spurs offense has dropped off a bit this year, thanks to their renewed commitment to defense, but Parker hasn’t been any less brilliant. Everything San Antonio does revolves around Parker hammering away at teams in pick-and-rolls all over the floor.

If the Spurs are to make one last run with their aging core, it will be on Parker to provide the points.

With the absence of Kobe Bryant, the Lakers will now rely heavily on their two often-maligned big men to make some noise in the playoffs. Howard in particular will see a huge jump in his number of touches in the post.

The way Lakers head coach Mike D’Antoni positions Howard for post-ups is similar to what the big man’s old boss, Stan Van Gundy, used to do in Orlando. Both coaches use simple false action and great spacing to get Howard deep positioning and plenty of room to operate after the catch.

And while we know Howard will be L.A.’s new leading man, we don’t know how he’ll respond given his slow recovery to form from offseason back surgery. If he is able to return to his dominant Orlando version, Howard could give the Lakers new life in the NBA’s second season.

As his young players have developed, so too has Thunder head coach Scott Brooks’s offensive scheme. Each year, as his players’ understanding of timing and spacing improves, Oklahoma City continues to add new wrinkles to its base offense.

This year, it was the combination of their two best players in the middle of the floor. Thanks in large part to teammate Serge Ibaka’s newfound ability to space the court out to the corner 3, the Thunder’s dynamic stars have the necessary room to operate in order to make this action nearly impossible to defend.

Because teams are so concerned with Durant, the first challenge defenses must overcome is figuring out how to stop Westbrook from getting to the rim.

If a team is stopping the explosive guard, it usually means that Durant can open to bury a jumper.

The added twist to a Thunder play like this is Durant’s progression as a willing ball mover. Though he’s no Chris Paul, the team’s star forward can use the simple “plus one” pass out of this action to get his teammates wide-open looks.

With a potent combination of execution and elite talent, Brooks and the Thunder have developed a play that’s nearly impossible to defend.