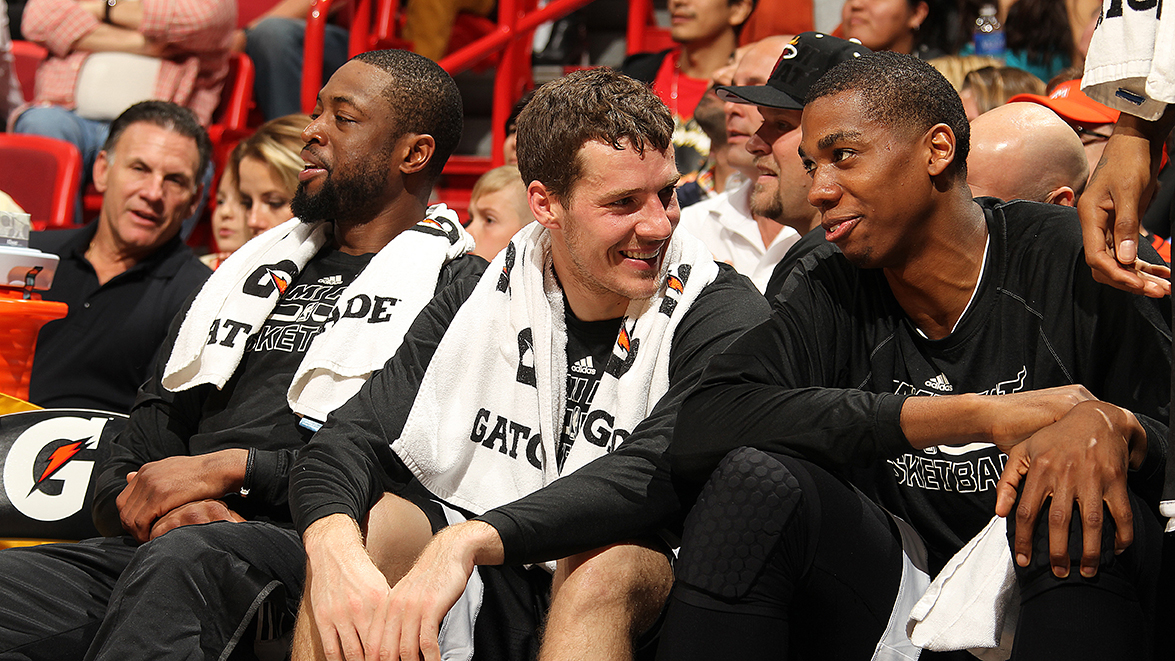 While the Western Conference — with its constellation of glittering, Internet-breaking stars and gaudy win totals — has been monopolizing our increasingly taxed attention spans, you’d think the Eastern Conference was just a tale of two cities: There’s Cleveland and Atlanta, and then there’s everyone else. Aside from the two top teams, most of the ink seems to be spilled on the rebuilding project in Philadelphia. The Eastern Conference middle class has been lost in a fog.

Now things are beginning to take shape. None of the teams below is winning a title this year. And while that fact might make the goings-on less important, it makes them no less interesting, especially for those NBA fans whose thirst for the Association leads them to the less-beaten paths, to the ruined winter cityscapes of the Eastern Conference, where life is cheap and expectations are even cheaper.

These may be the teams that time forgot, but the Pacers, Celtics, Heat, and Hornets still have a chance to affect the postseason. 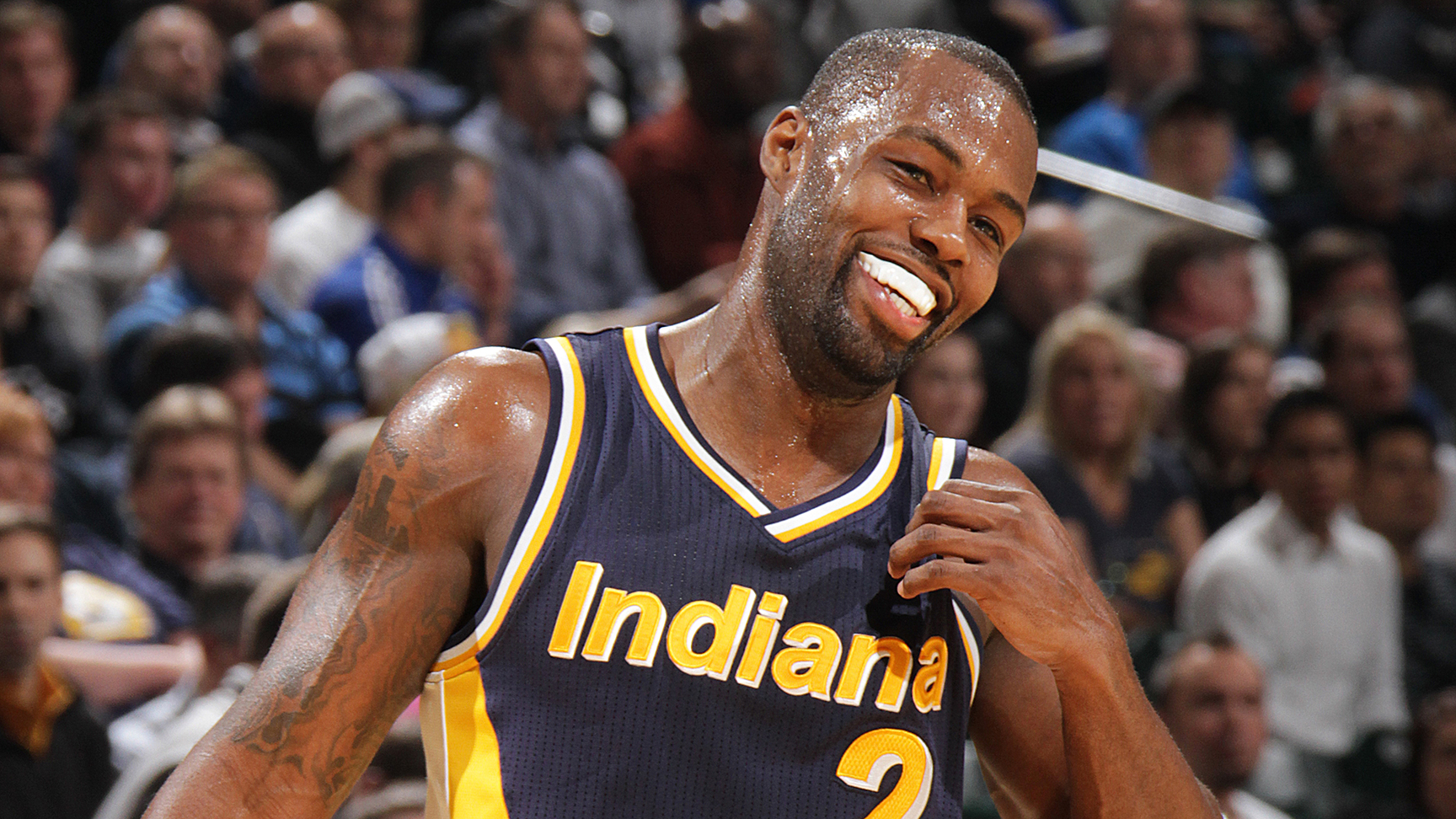 Nobody wants to see the Pacers in the playoffs, especially the teams they might play.

What a difference a season makes in the cradle of basketball. This time last season, the Pacers were 49-17, falling backward into a top-seeded, 56-win season. The atmosphere surrounding the team was … well, put it this way: Anytime the popular theory for why a team is struggling is “intra-team adultery,” you know you’ve got a collapse on your hands. Roy Hibbert’s game and reputation had disintegrated like camping toilet paper. Frank Vogel stalked the sideline like a man presiding over the death of a loved one. Lance Stephenson blew in LeBron’s ear. That last thing happened later, but you get the drift.

Now, the Pacers are 30-35 and improbably one of the league’s brightest success stories. Go figure. It’s all about your frame of reference. If you start one season as a possible title contender whose starting five is taking bona fide Swag Champ™ photos, going 16-14 after the All-Star break is definitely cause for whipping out the pH meter to gauge just how much of Evan Turner’s urine had seeped into the team’s chemistry.

This season started under the shadow of Stephenson’s free-agency exit and Paul George’s gruesome leg injury. In that context, the Pacers winning 15 of their last 20 games — and likely slotting somewhere in the 6-through-8-seed range in the postseason  — is nothing short of a miracle.

Since the All-Star break, the Pacers have had the league’s second-best net rating (10.7), second-best defense, and, shockingly, the eighth-best offense. The main reasons for the revival are the return of a healthy George Hill and the play of Rodney Stuckey, who is averaging career highs in field goal percentage (45.5 percent) and 3-point percentage (39.8 percent). Because of Stuckey, the Pacers have the best scoring bench in the league and have been ambushing opponents in the second quarter, posting a plus-6.8 mark since the All-Star break.

Perhaps the most dramatic example of how downside up things have become: George now worries that his return could hurt the Pacers’ chemistry.

The Hawks and Cavs aren’t concerned about beating the Pacers in the playoffs; they would just find playing Indy in a best-of-seven series extremely annoying. If the Pacers can somehow catch the Bucks for the 6-seed and play the Bulls (unconvincing this season), Raptors (can beat anyone and lose to anyone), or Wizards (hi, I’m Randy Wittman), they might actually be dangerous.

Even in the best of winters, Boston is a ninth-circle hellscape featuring confusing street layouts and a third-world public transportation system where the primary sustenance is Dunkin’ Donuts. This winter, Boston recorded its largest winter snowfall — 108.6 inches — since 1872, when measurements were recorded in units of wagon wheels.

Warming those frozen nights are the Celtics, currently 29-36. The C’s are winners of four in a row and six of their last seven, with victories over Utah (best defense in the league over the past two months), Miami, New Orleans, Memphis, Orlando, and Indiana (ending the Pacers’ seven-game win streak). Post-All-Star-break, with the addition of Isaiah “Pizza Guy” Thomas, the Celts have scraped together a positive net rating for the first time all season.

With Thomas out for the past three games with a back injury, Brad Stevens — who is making people forget Doc Rivers with each out-of-timeout play call — has gotten one of the best five-game stretches of Phil Pressey’s career: 13 points and just fewer than 10 assists per 36 minutes, with an uncharacteristic/possibly Satan-fueled 53 percent field goal percentage, lots of energy, and the kind of hyperactive man defense that is referred to as “pesky” when used to describe a player under 6 feet. Turner scored a season-high 30 points against Orlando on Friday and looked like the basketball player he usually just fools people into thinking he could become.

With Dwyane Wade, Luol Deng, Goran Dragic, and Hassan Whiteside — not to mention Zoran Dragic’s extremely hairy arms and Erik Spoelstra manning the whiteboard — I think it’s fair to say Miami has the best players and best coach among the forgotten teams. Of those players, without question, the most notable is Whiteside, whose emergence isn’t just like finding a diamond in the trash; it’s like finding a diamond in the trash after seven teams sifted through the same trash looking for diamonds.

Whiteside is 7 feet, strong, and mobile, and he protects the rim. He’s the kind of player NBA teams have historically — like, since the dawn of time — taken fliers on because [clears throat] you can’t teach size. He ended up playing in freaking Lebanon. Forget the NBA teams that passed on Whiteside; it’s basically like five entire basketball leagues on three continents passed on him. I mean … JaVale McGee has played six years in the NBA. To attribute Whiteside’s initial inability to stick in the league simply to “maturity issues” kinda seems like it might be underselling it.1

Now, at age 25, Whiteside has emerged from the mists of obscurity to put up 18 points, 16 rebounds, and 3.9 blocks per 36 minutes, with a PER of — and this feels absurd to even type — 26.7. This should not happen. Fans around the world wondered aloud, “How could my team pass on Hassan Whiteside!?”

After Whiteside was ejected twice in the space of five games — first for tackling Alex Len, then for unleashing an unprovoked flying elbow to the back of Kelly Olynyk’s head — resulting in a one-game suspension and a rare public rebuke from Wade, I think we have some kind of answer. Wade’s comments were particularly interesting:

He’s had enough veteran advice. There comes a time when you have to do it yourself. There’s only so many words people can continue to say to you. You gotta do it. Not for you, you gotta do it for the other guys in here that you see sacrificing. That you see out there playing hurt and all the things that are going on. You’re part of a team. You’re part of an organization.

Clearly, Whiteside’s personality quirks are an ongoing issue. At this point, there’s no possible outcome to his career that seems too outlandish. Career 15-point, 10-rebound, two-block guy? OK. The reincarnation of a healthy Andrew Bynum? Sure. Larry Sanders–style washout within two years? I’d buy it. Sparks this generation’s Malice at the Palace? Anything is possible.

Stephenson was supposed to add badly needed ballhandling and creativity to the ponderous Hornets’ attack. It didn’t work, the Hornets had the second-worst offense in the league, and they reportedly explored trading Stephenson. Since the break, Charlotte is the no. 15 offense, which has much to do with Mo “Panthro” Williams averaging 21 points and eight assists, with a PER of 20.8, since joining the team.

Long and athletic with great instincts, Michael Kidd-Gilchrist is a defensive destroyer who can guard multiple positions — the Hornets are almost eight points per 100 possessions better with MKG on the court, and he’s fourth among small forwards, right behind Kawhi Leonard, in defensive real plus/minus at 3.58. His jumper no longer looks like when you get one arm into your jacket but can’t find the other sleeve, and he’s taking it more confidently if not more effectively.

Charlotte’s net rating has improved from minus-2.7 before the All-Star break to plus-1.1 afterward. The smart people at FiveThirtyEight recently had Charlotte’s chances of making the playoffs at slightly better than a coin flip.

The 2015 Marc Gasol All-Stars: Your Guide to the Most Watchable Players in the NBA