In Praise of Derek Jeter’s Love of the Ladies 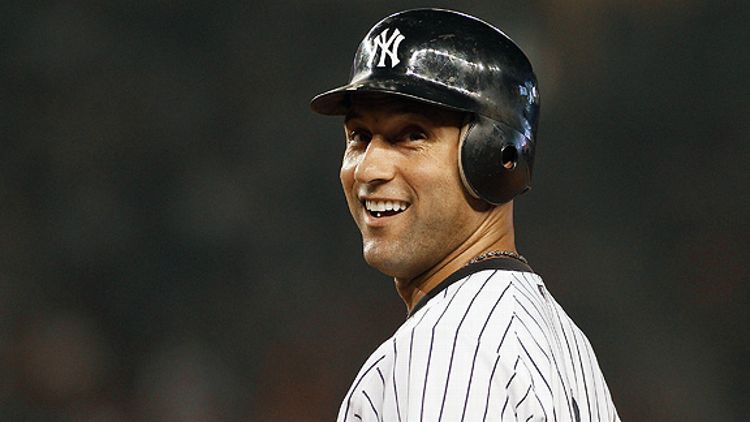 One of the sickest qualities human beings possess is the twisted love we have for gossip. We go about our days like normal people, then as soon as we hear about some juicy scandal on TV or internet we turn into our mothers at the check-out line in the grocery store relishing in the latest ridiculous town scandal. I hate that I’m guilty of doing this. I hate how I want to know who screwed whom. I hate that I care who is closeted or who tucks their penis and balls between their legs and only answers to the name ‘Lady Giraffe Pussy’ between the hours of 8:00pm-9:45pm (okay, I’ve never heard of anyone doing the last one, but oh how I wish it were true of someone).

Now that we know this about each other, please allow me to move on to my point. One of the oldest scandals in the history of gossip is cheating spouses. It happens all the time, some tales of infidelity are more interesting than others. As members of society, we watch the cheating public figure fall on their face and inevitably we watch them try to climb back to the top. Some figures are able to do this, while others never reach the level of success and respect they once had. For example, Kobe Bryant’s case was a media storm. If you recall, Kobe was initially accused of rape, he first claimed he never met nor had sex with the woman. His accuser then proceeded to have a rape test kit performed and goes into detail of their alleged encounter. Enter Kobe’s damage control PR team, they hold a press conference. Kobe dressed in his boyish I-love-my-wife-and-kid sweater and his I-didn’t-assault-a-hotel-worker jeans sits next to his wife while he sucks the inside of his mouth 3,372 times. He hangs his head and admits to banging, not raping the hotel employee. A trial began a short while later, then abruptly ended after his accuser had enough of being harassed by crazy Kobe fans. We will never know if he was actually guilty or innocent of rape, but we do know that he went on to father another child with his wife and remains one of the highest paid guys in the NBA. It was almost if the rape charge took away from the fact that he cheated on his wife. Once the rape charges were gone, Kobe seemed to bounce back. Sure people still make the occasional joke (me, I do all the time), but for the most part, society has moved on.

Then there was Tiger….. Where do you even begin with this guy? Considered the greatest golfer to ever play the sport, gorgeous wife, two beautiful children, then enter the parade of skanks. Holy-fucking-shit. It was like a never-ending train of bleached blonde whores in clear heels. One by one they appeared on the cover of magazines telling “their side of the story”. Tiger enters sex rehab (whatever that is) and holds a press conference in his blue oxford I-totally-fucked-up-but-please-still-worship-me shirt and his navy blue yes-I-got-mad-pussy-from-whores-but-do-not-forget-about-all-of-the-green-jackets-I-won-at-the-Masters blazer. He apologized, went back to sex rehab only to have his wife divorce his ass and for his career to struggle. The public has not welcomed him back warmly. Oh sure people still follow him around the course (I’m sure just so they could say, “I saw Tiger Woods”), but Tiger went from being the greatest golfer in the world to a punchline. At this point he has far from bounced back and I’m not sure Tiger will ever be looked at the same way again.

Which brings me to Derek Jeter. I’m sure you think I’m about to rip him, but I am not. I am going to pay Derek Jeter a compliment. Derek has been the starting shortstop for the New York Yankees for the past several years. He is an MLB All-Star, he’s appeared in movies, been a guest on late night talk shows and even hosted Saturday Night Live. Derek Jeter is most definitely a famous sports figure. I don’t know him personally, but I can go ahead and take an educated guess that Derek Jeter loves women. He has dated some of the most beautiful women and each night he is out on the town, it would be safe to say he has his pick of ladies. And that’s what I like the most about Derek Jeter: his honesty. He’s not married, doesn’t have kids and isn’t pretending to be something that he’s not. That’s what I don’t understand about these other guys. If you want to screw a large number of women, fine. Just don’t get married! Don’t try to sell the illusion that you’re a family man when you really want to be balls deep in stripper poon! The public won’t hate you for being honest with them! They will respect you more! So knock it off with all of the infidelities. Okay? Thanks for reading. Now play ball.