How Would a Weather-Related Change of Super Bowl Date Affect Ticket Prices? 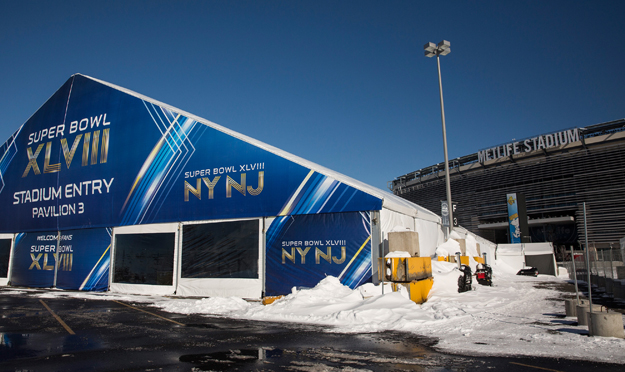 In the week after the NFL conference championship games, ticket prices for Super Bowl XLVIII dropped 20 percent — an unprecedented decline. This was weather panic. As the snow piled up in New York, prices dropped. As of last Sunday, tickets were listing for an average $1,301, one of the cheapest average Super Bowl ticket prices in the last six years.

Since then, the market has stabilized. But because of the shaky start and all the worrying about the weather, I thought I’d look into what would happen if the NFL had to do the unthinkable: What impact would there be on tickets if the league had to move the date of its crown jewel event?

Last week, the NFL reiterated its contingency plans for playing the biggest game in sports on a day other than Sunday. This would involve moving the game to this Friday or Saturday, or next Monday. Of those three scenarios, a Friday or Monday game would have the most adverse impact on the ticket market.

Moving the game to Friday would be especially problematic; we’d likely see a total ticket-market collapse. Many Broncos and Seahawks fans are not getting to New York until Saturday, and with no way to travel 2,000 miles on such short notice, they’d have no choice but to sell their tickets for 25 cents to 50 cents on the dollar.

In that scenario, we might see tickets going for as little as $400, half the price of the cheapest ticket in the last six years. As for a Monday game, when faced with the option of changing their flight or missing the event, most fans would probably do everything humanly possible to stay. But some would surely have to get home as planned. During the season, Monday-night football tickets could be had at a 30 percent discount compared to Sunday football. A Monday Super Bowl would follow suit. People could get into the game for under $700. Super Bowl Saturday would be the only day when the average price for Super Bowl Tickets would go largely unaffected.

In addition to the game, you have to consider all the activities (read: parties) surrounding the Super Bowl. The two biggest parties for Super Bowl weekend are the Maxim party and the DirecTV party, both of which are on Saturday night. The DirectTV party features Jay Z this year and will hold 6,000 people. Tickets are going for around $1,000. Super Bowl Saturday would wipe out millions in ticket sales for that event alone. The Maxim party would probably suffer similar damage. In addition to the parties, let’s also not forget about the $3.5 million price tag for every 30-second TV ad.

Over the last 81 years, only two NFL games have been moved because of snow. One was the 1932 NFL championship game between the Chicago Bears and the Portsmouth Spartans. The other was a 2010 game in Philadelphia between the Vikings and Eagles. As for Sunday, Sunday’s forecast currently calls for 29 degrees and just a 20 percent chance of precipitation.