Embrace the Dark Side: How the Rockets Became the New Bad Boys 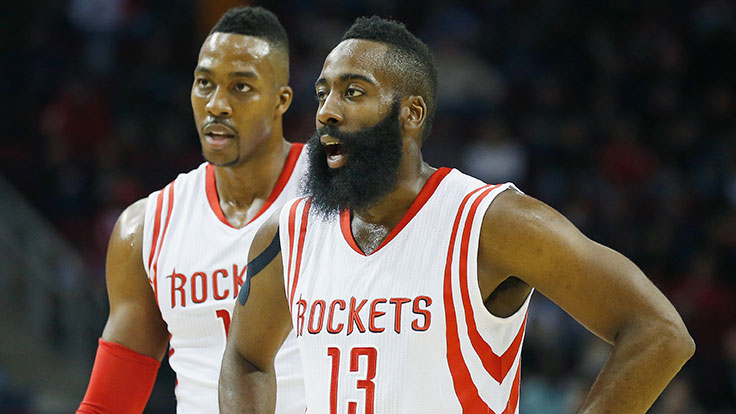 I find the Rockets extremely annoying to watch. In their slavish devotion to Moreyball — which I have in the past described as “if card counting were a spectator sport” — they have become the most predictable offense in the NBA. They will bury opponents under the most efficient kind of scoring opportunities in the game: layups, 3-pointers, and free throws. They eschew, almost completely, “the worst shot in basketball”: the midrange long 2.

This season, in Dwight Howard and James Harden, the Rockets are the only team with two players in the top five of free throw attempts per game. Harden, as talented an offensive player as there is in the league, has tailored his entire style on flashing like mercury into the paint, and expertly baiting defenders into fouls, through a mixture of body positioning, dark sorcery, and flailing. He has 15 more free throw attempts than Kobe Bryant, whose own usage rate hovers somewhere just below “crack addiction.”

This is without delving too deeply into the most overtly Bad Boy–ish Rocket, Patrick Beverley, who, when he’s not hurling himself at the vulnerable joints in an opposing player’s legs, runs around like a spring-loaded flopping device. He is the prototypical “hate him unless he’s on your team” player.

Should Rockets fans be upset at how their team is viewed? Not even a little bit. Because, while it’s early and the team has had a somewhat cake schedule, and despite a recent dip in offensive punch, resulting in an ugly win against a hobbled OKC team and an ugly loss to the grit-and-grind Grizzlies — dropping Houston to 9-2 — signs point to the Rockets being really good. And only good teams can be annoying.

You know why bad teams are never annoying? Because they can be dismissed. The Rockets are just the latest example of the tension between aesthetic idealism and winning. They are this era’s version of the Bad Boys — the Stat Boys — only with a center who has been called a pussy twice in a month by All-NBA-level players. 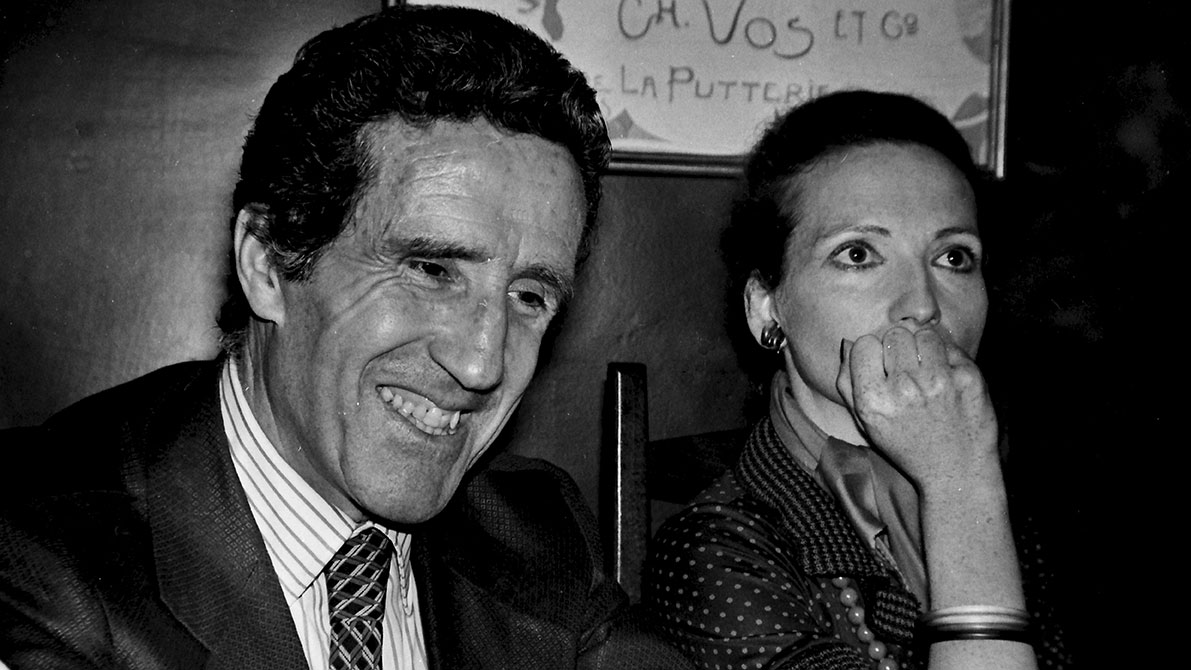 Gianni Ferrari/CoverThe clash between winning tactics and aesthetic beauty is found in many sports, most notably soccer, which features a long list of reviled, historically significant teams that, for various reasons, found themselves accused of sullying the beautiful game. In the late 1950s, Inter Milan, under manager Alfredo Foni, and later Helenio Herrera, became famous — infamous, really — for a style known as catenaccio, meaning “chain,” as in the chain one uses to bolt a door.

Catenaccio dictated that a team sit deep inside its own half, absorbing all the offensive energy of the opposing team. The real innovation of the system, though, was its use of an extra defender behind the main line of defense — a sweeper — whose job, quite simply, was to act like a free-roaming janitor. Legend has it that Ivano Blason, one of the first great sweepers with Inter in the 1950s, would scratch a line on the pitch and tell opposing strikers, essentially, you shall not pass. In 1952-53, Inter won the scudetto (the Serie A championship) while conceding less than one goal per game and scoring 30 goals less than second-place Juventus.

Imagine how infuriating that would be to watch! One team, barely leaving its own half, sucking the life out of creative, world-class forwards, then eking out one-nil wins on cheap-ass counterattacks. I would liken it to a boxing match where one fighter just wraps up his opponent, round after round, until the ref makes him let go — at which point, while releasing his clinch, the fighter tries to slip a haymaker in before wrapping his arms around his opponent again. Only in soccer, no one makes you let go.

Thus, catenaccio was widely reviled. Jonathan Wilson describes the system in Inverting the Pyramid, his magisterial overview of the tactical evolution of soccer, as so: “To generations, the word [Catenaccio] … summons up Italian football at its most paranoid, negative, and brutal.” Catenaccio reached its peak under the dictatorial managerial regime of Herrera2 with Inter Milan from 1960 to 1968. In that time, Inter won three scudettos, two European Cups (today’s Champions League), and two Intercontinental Cups. They were also viewed as everything wrong with football. When Scotland’s Celtic finally drove the stake through Inter’s heart with a 2-1 victory in the 1967 European Cup, many were jubilant. Mundo Deportivo crowed, “It was inevitable. Sooner or later the Inter of Herrera, the Inter of catenaccio, of negative football, of marginal victories, had to pay for their refusal to play entertaining football.” Sure, but not till after winning two European Cups and a bunch of titles. 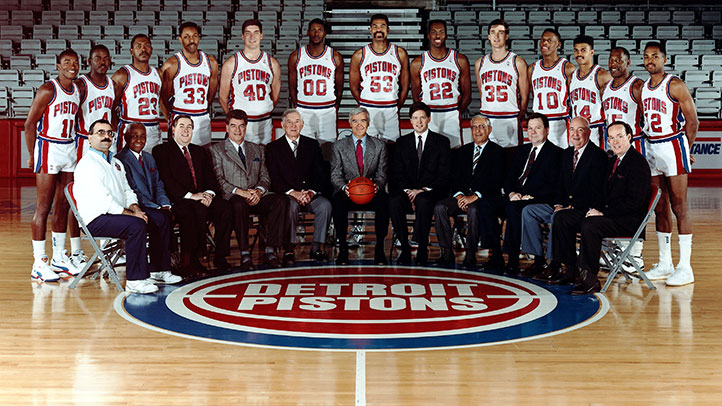 In the NBA, the clearest exponents of the winning-over-aesthetics formulation were the “boring era” Spurs of the mid-2000s and, most famously, the Bad Boy Pistons. The Isiah-Dumars-Laimbeer Pistons became an Eastern power by, very simply, beating the shit out of anyone who dared approach the lane, and daring refs to call a foul every time down the court. They were universally despised and won back-to-back titles in 1989 and 1990.3 The Spurs were once perceived as being devoid of all entertainment value, and widely, sometimes fairly, accused of turning June basketball into two weeks of somnolent blue balls interspersed with moments of Bruce Bowen–inspired rage. Not even the presence of young LeBron could save the 2007 NBA Finals from the San Antonio sleeper hold. Of the 10 lowest rated NBA Finals ever, the Spurs have been involved in four of them. I’m pretty sure the Spurs, and their fans, will take the banners over being thought of as engaging. And besides, in their current iteration, they have become one of the most pleasurable teams in all of sports.

Closer to my heart were the 1990s Knicks. This was the team of my childhood. When Pat Riley was hired, he took stock of their offensive talent outside of perennial All-Star Patrick Ewing, and decided that, since they couldn’t contribute to the joy and beauty of the game, their best chance at winning was to wrestle joy and beauty to the ground, and maybe throw a few elbows at its elegant face.

Did I love that team? Yes. Were they an absolutely dire watch? Yes. Did they, as no lesser a basketball mind than John Hollinger has claimed, nearly ruin basketball, causing the NBA to change its handchecking rules? Yes. Does it dampen the memories of those 91-89 Eastern Conference brick fights? Not even a little. I love that team still, eternal vandals or no.

These Rockets, in their existential embrace of analytics and efficiency, have simply done what previous winning-over-aesthetics teams have done: employed a strategy they feel gives them the best chance to win. In utilizing brains rather than Rick Mahorn–esque brawn, they truly are the reverse Bad Boys. So when I think of the annoying Eurostep ref-baiting of James Harden, or the knee-capping adventures of über-irritant Patrick Beverley, or Dwight Howard just kind of being himself to the point that Kevin Durant has to put 10 cents in the swear jar, or Daryl “Dork Elvis” lording his Brobdingnagian brain over everyone in the league, I think of how beauty, especially in sports, is in the eye of the beholder. Winning, meanwhile, cannot be overlooked. So, the Rockets and their fans should do what loathed teams have done throughout sports history — own it.

NHL Tankapalooza! The Race to the Bottom and Two of the Biggest Prospects in Years