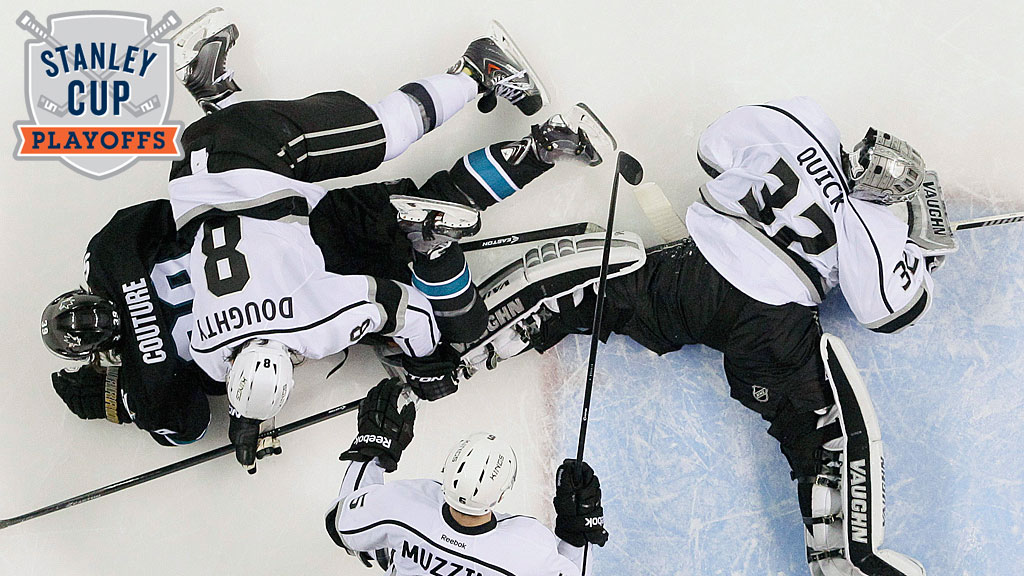 Is it Games 7 or Game 7s? It’s whatever you want it to be, as far as I’m concerned, because the truly important thing is that there were three of them taking place in the NHL on Wednesday night. The evening was like a pinball machine on multiball mode, little knots of volatility flying every which way, many moments when you just wanted to shake the stupid thing. One game went into overtime, another was a team’s fourth Game 7 win in a row, and a third resulted in what some have called a “reverse sweep.” It was a fantastic night, unless you were one of the many people for whom it royally sucked. 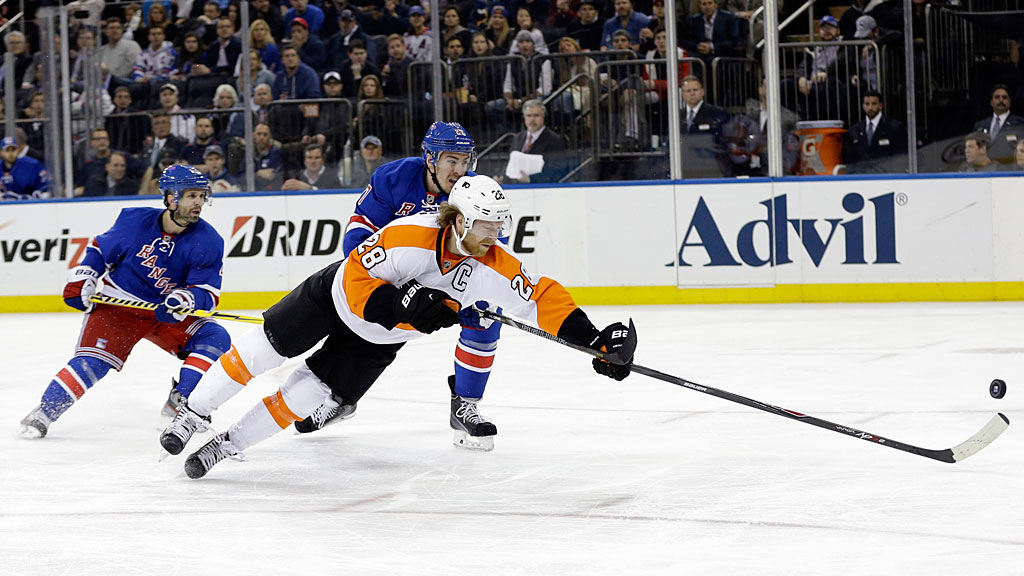 New York hadn’t won a playoff series in fewer than seven games since 2008, and following a virtuoso hat trick performance from the Flyers’ Wayne Simmonds to take Game 6, the Rangers again found themselves in a winner-take-all situation. A close first period gave way to a Rangers-dominated second, but the Blueshirts’ decision to go into a defensive shell in the third period nearly allowed Philadelphia back into the game. New York held on for a 2-1 win.

Lowest Lows: Rick Nash’s ongoing inability to score. The Rangers forward is second in the NHL in shots on goal during the playoffs, with 30, and you have to go much further down the list before you find someone else who hasn’t netted one yet. (That would be Sidney Crosby, on the Rangers’ next playoff opponent, who has 19 attempts.) Nash’s play has been successful in many other ways, but the goose egg has a way of becoming quite the distraction. Runner-up for lowest low: that the Rangers win precludes us from seeing another Flyers-Penguins battle royal. 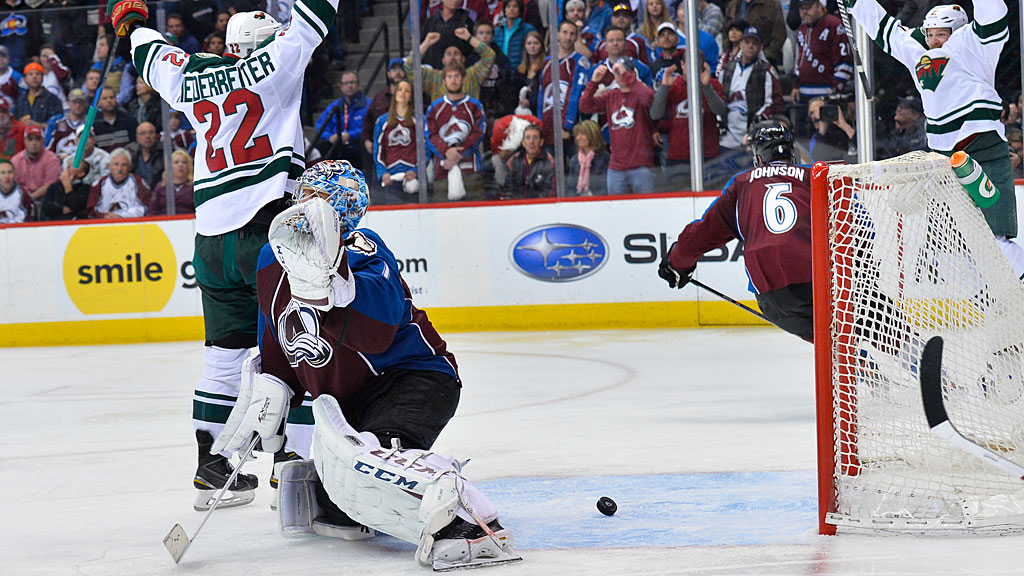 You can always hear a pin drop in an arena when the away team scores in overtime in the playoffs, but it doesn’t usually make that loud of a ping. Nino Niederreiter’s wrist shot five minutes into overtime ricocheted off one of the goal’s inner bars with such speed and volume that it initially seemed like his shot had just hit the post. Instead, it was his second goal of the game and secured Minnesota’s 5-4 win over Colorado. The result echoed the Minnesota Wild’s last (and only) first-round playoff series win: a Game 7 overtime victory in 2003 over the Avalanche, with Patrick Roy in net instead of on the bench.

Highest Highs: Game 7 playoff overtime should be distilled into a smokable substance and promptly legalized. (In other news, the only people who were happier than Minnesota Wild fans Wednesday night were certain members of the hockey stats community who have long felt the Avalanche’s success was unsustainable. The next team on their hit list? The Anaheim Ducks.)

Lowest Lows: I wouldn’t want to be watching the game at Islanders GM Garth Snow’s house. Not only did Niederreiter score twice — once to tie the game at 3, and again to win it in overtime — he also assisted to Jared Spurgeon on the Wild goal that tied the game at 4 with less than three minutes to play. The Islanders thoroughly mismanaged Niederreiter for a few years before dealing him for face puncher Cal Clutterbuck, while New York initially drafted Spurgeon but never signed him to a deal. 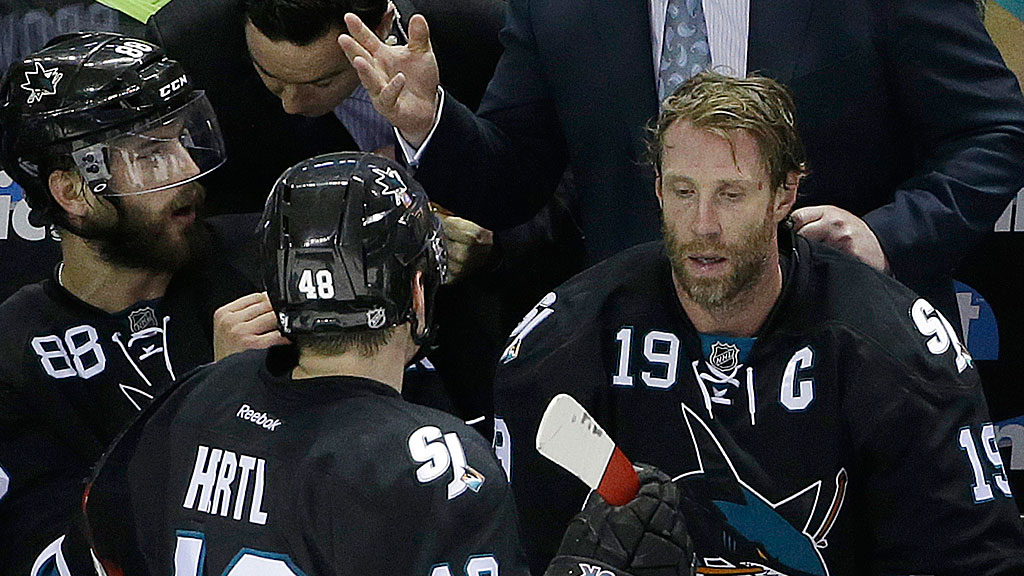 Oof, those words hurt me to type. I have absolutely nothing against the Kings — Anze Kopitar and Justin Williams are two of my favorite players to watch, Kings Twitter is frankly unparalleled, and I actually have a red phone in my office that rings any time Darryl Sutter is about to opine on any subject up to and including horse racing. But I love the Sharks and it was painful to see them lose in this way, at home, in those godforsaken black jerseys (seriously, there’s no question in my mind that this is all the jerseys’ fault) after leading a series 3-0. Joe Thornton’s face said it all.

Highest Highs: Good golly, Kopitar’s goal was a beaut — he might as well have successfully faked a handoff to a running back while he was at it. 22-year-old Tyler Toffoli’s goal in the third wasn’t bad, either.

Lowest Lows: Specifically, the Sharks’ power play, which went oh-fer and was phenomenally frustrating to watch unless you happen to be a connoisseur of the Kings blocking shots. More broadly, it’s disappointing this game could lead to wholesale changes in one of the league’s better organizations. Sure, the last team to squander a 3-0 series lead, the Boston Bruins, won the Stanley Cup the next year. But the Sharks have been looking to next year for so many years that this could spell the beginning of the end.

The Russian version of hockey’s most cherished chalice is the Gagarin Cup, named after the famed cosmonaut Yuri and awarded to the KHL champion. On Wednesday, it was won, in a Game 7, by Metallurg Magnitogorsk, a team owned by a local steel factory. The team’s coach? Mike Keenan, who 20 years ago won a Stanley Cup in a one-and-done season with the New York Rangers.

Highest Highs: Keenan being thrown in the air by happy Russians and singing karaoke; Magnitogorsk native Evgeni Malkin sending photographs of encouragement before the game to the team he played for as a kid and during the lockout. (Which were then reciprocated!)