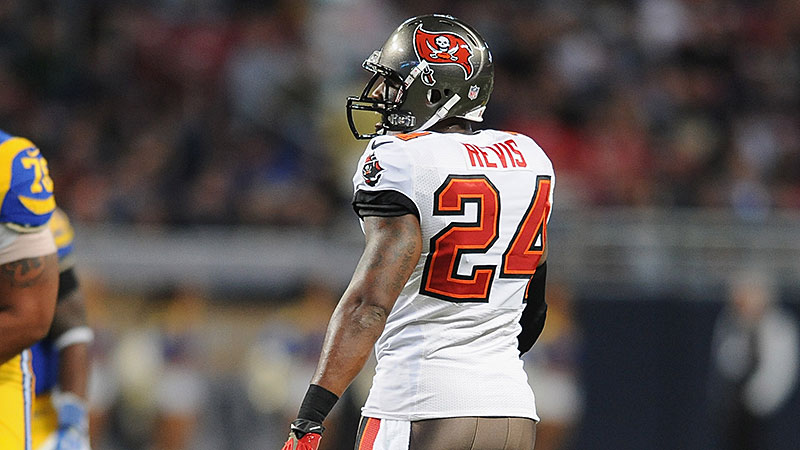 Free agency is inherently irrational. By now, we know that the teams spending big in March aren’t typically around in January. The draft has been, and always will be, the way winning teams are made. But that doesn’t stop fans from spending the first few weeks of the offseason dealing with intense bouts of free-agent FOMO.

The allure of free agency, compared to the draft, is that it doesn’t come with projections. We know what Darrelle Revis looks like as an NFL player. There’s no need for speculation. So when fans see their team full of holes, with plenty of known commodities on the market to fill them, it’s hard to sit by idly as they sign elsewhere. Fans can’t help but refresh Twitter and exclaim, “He went where!?” And you know what? Sometimes those fans aren’t wrong. With that phenomenon in mind, I tried to compile the list of fan bases that actually deserve your jealousy.

The Cardinals’ haul doesn’t stack up with some of the other teams on this list, and in a way, them being here isn’t just because of the players they’ve already signed. We might as well start there, though.

It wasn’t a secret that Arizona and former Raiders left tackle Jared Veldheer had mutual interest heading into last week. The Cardinals’ left tackle position has been a hub of incompetence for a while now. They infamously drafted Levi Brown with the fifth pick of the 2007 draft — two picks before Adrian Peterson, who was supposedly a favorite of some members of the organization — and waited six disappointing seasons before finally shipping him to Pittsburgh in the middle of last year. This was a team desperate for a left tackle capable of even a solid season, and it looks like it managed to do that and more.

Arizona snagged Veldheer, who’s still just 26, on a five-year, $35 million contract with just $17 million guaranteed. That overall deal is $2 million less than Eugene Monroe, $12 million less than Branden Albert, and just $5 million more than Anthony Collins, who’s never been a full-time starter. There’s a real chance the Cardinals got the best left tackle on the market — again, he’s 26! — on a great deal.

This one isn’t too complicated. Coming off a torn ACL, used in a scheme not suited to his talents, Revis was still one of the best cornerbacks in the league last year. When healthy and used properly, he can be the most influential defensive force in the league. Revis should fundamentally change what the Patriots are capable of defensively. My heart goes out to Rex Ryan.

Hear me out! As a Bears fan, I’m sure this is going to come off as a decidedly homer play, but I really do think they did a great job in the past week. Lamarr Houston was my favorite player in free agency — a versatile, relentless run defender. Putting him on one side of the defensive line ensures a consistent presence holding the edge.

Houston’s deal isn’t small — five years, $35 million with $15 million guaranteed — but I wouldn’t consider it an overpay, either. Where the Bears are potentially finding a bargain is with their other brand-new defensive end. Willie Young wasn’t one of the big names getting thrown around before free agency began, but when I heard Phil Emery managed to bring him to town on a paltry three-year, $9 million deal, I was thrilled.

Young’s sack numbers in Detroit were underwhelming — he has just six in his four-year career — but that’s mostly a product of his lack of opportunities. Last season was Young’s first as a starter, and while he didn’t get to the quarterback that often, he bothered him plenty. As someone who watches plenty of NFC North football, Young was always someone who jumped off the screen. Getting a little less than $4 million guaranteed, he’s a relatively small investment that could really pay off.

Simply put, the big-spending Bucs are a lot better today than they were a week ago. Michael Johnson, who was off to Tampa Bay for $24 million guaranteed before the gun even sounded, should make Tampa Bay’s already excellent run defense even better. The question with Johnson is whether he’s the player who had 11.5 sacks in 2012 or the one who had 3.5 in 2013. He’s being paid like it’s the former, and I’m not sure if that’s the case.

If Johnson’s price tag is a little high, new GM Jason Licht made up for it with some potential steals elsewhere on defense. Losing Revis is hard to stomach, no matter how much doubt Lovie Smith had about fitting him into his system, but Alterraun Verner isn’t a bad alternative — especially when he’ll be making $14 million guaranteed over his entire contract.

Trading Revis’s $16 million annual salary for Verner’s relatively cheap one allowed Licht to bulk up in other places. Clinton McDonald, a rotation player for the Seahawks a year ago, is the sort of penetrating defensive tackle Smith loves, and Tampa Bay snagged him at a very reasonable price. With McDonald, Johnson, and Gerald McCoy, the Bucs’ defensive line is going to be spending a lot of time in opposing backfields. Get excited, line nerds.

The big move on the offensive side of the ball was the choice to give Josh McCown starter money at age 34 to come in and take over Jeff Tedford’s new offense. A lot of McCown’s success last year is owed to Marc Trestman and his scheme, but his deal isn’t crippling for the Bucs.

Sometimes when it seems too good to be true, it isn’t. DeMarcus Ware is coming off his worst season as a pro, but he was battling injuries, and it was also his first in a new system. When he’s healthy and at his best, he’s in the conversation for best defensive player in the league. and if he can be 85 percent of that next year, it will be horrifying for opposing offenses. Can you imagine Ware coming from one side and Von Miller coming from the other? The freedom Jack Del Rio will have with Ware, Miller, Derek Wolfe, Terrance Knighton, and Kevin Vickerson should make offensive coordinators run to the hills.

I’m not a fan of the Aqib Talib deal, but the Broncos tried to give Dominique Rodgers-Cromartie a more agreeable contract and he turned it down. Talib has shown flashes as one of the better corners in the league, and Denver just has to hope those flashes are still there after he was handed a pile of money. For as problematic as the Talib deal is, the one given to T.J. Ward is just as good. Occasionally, teams overcorrect the areas they feel may have ended their previous seasons, but reacting to the Super Bowl beatdown by getting a hell of a lot tougher in the secondary doesn’t seem like a bad move. Ward is one of the best strong safeties in football and has the chance to be a steal for $14 million guaranteed. With Ward and Ware, Denver may have transformed the entire identity of its defense in a matter of three days.